In a double celebration of sorts, Cuban cigar distributor Habanos S.A. has unveiled the Cohiba Siglo de Oro, a new release that not only acknowledges the Lunar New Year, but also marks the 30th anniversary of the Línea 1492 brand, commonly known as the “Siglo Series.” 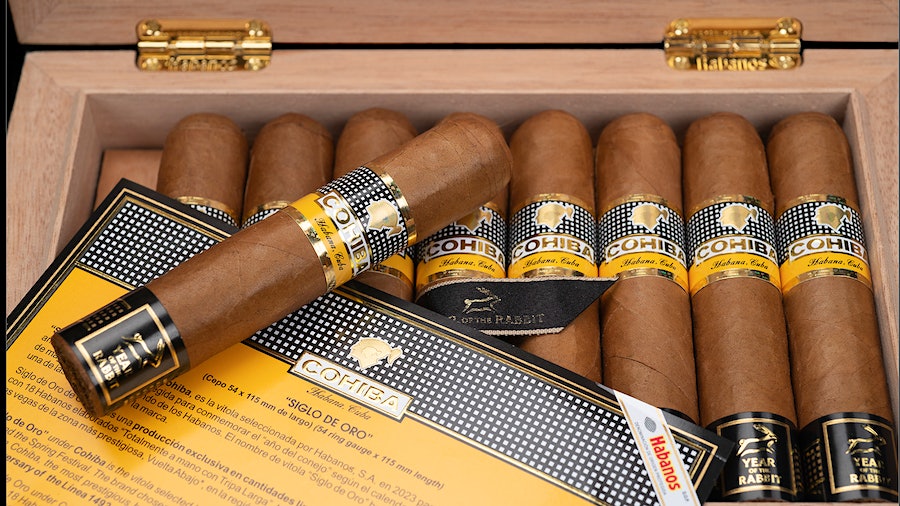 Packaged in 18-count boxes, the Cohiba Siglo de Oro measures 4 1/2 inches by 54 ring gauge, a new size known as Exitosos in Cuban cigar factories. Only 18,888 boxes will be produced, as the number 8 is lucky in Chinese culture. According to sources, the cigars will retail in some markets for $250 per cigar. 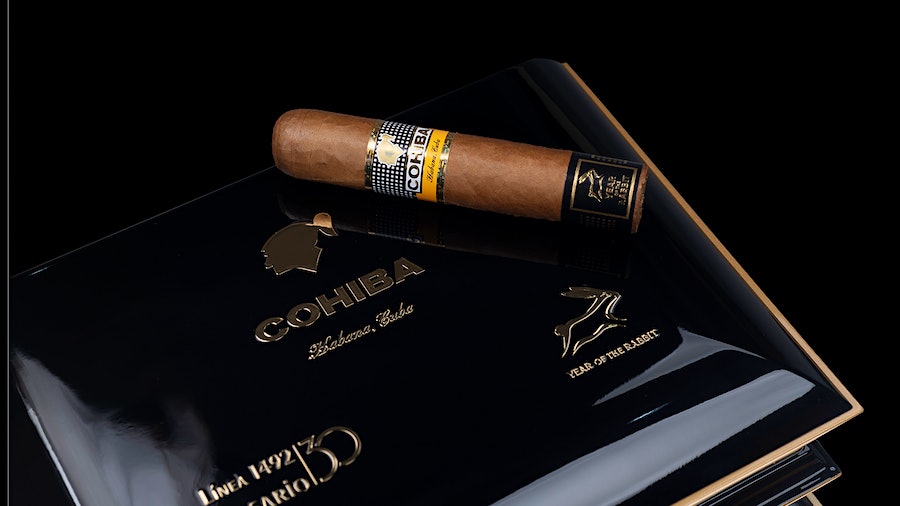 Seeing how Cohiba is the most counterfeited brand in the world, each box includes an NFC chip affixed to the inner lid, allowing users to scan the box with their phone for instant authentication. This is the first time a Cuban cigar box has included NFC technology. You can see it in action in this video posted by Habanos on its Twitter account.

The prestigious Cohiba brand presents the new Cohiba Siglo de Oro to honour the "Year of the Rabbit" according to the Chinese lunar calendar. This vitola incorporates an NFC chip in its cases that will allow aficionados to verify the authenticity of the Habano. pic.twitter.com/whheJC9DYS

Hong Kong, China and some countries in southeast Asia were among the first to see these new Cohibas, as the cigars were unveiled earlier this week during a series of launch parties held by Pacific Cigar Co. Ltd., the exclusive Habanos distributor for the Asia Pacific region, and Infifon HK, the distributor for mainland China. The events were held simultaneously in Macao, Thailand, Cambodia, Japan, Singapore and Hong Kong.

There’s no word yet as to when the rest of the world will receive their allotments of the Cohiba Siglo de Oro.

This article was updated on January 27 to include pricing information.

Read Next: Edición Limitadas—How They Rate