Cigar Aficionado has not updated its FAQ on travel to Cuba since November 2017. A lot has changed in the last three years, and none of it good for U.S. citizens wanting to visit Cuba. The most recent Trump Administration rules, announced October 13, rolled back a key element of legal travel to Cuba that affects Cigar Aficionado’s U.S. readers as much as any other—no more purchases of Cuban cigars and rum to bring home, from wherever you in the world. Here are the most up-to-date answers based on the U.S. Treasury Department’s page explaining Cuba Sanctions.

I’m an American citizen. Can I still buy Cuban cigars and rum?

Can I still bring Cuban cigars and rum back to the U.S.?

No. A traveler can purchase Cuban cigars and rum while outside the United States, but no Cuban alcohol or tobacco product may be brought back to, or imported into, the United States. Other Cuban products may be included in accompanied baggage but only as items for personal use such as gifts. Those products may not be sold. 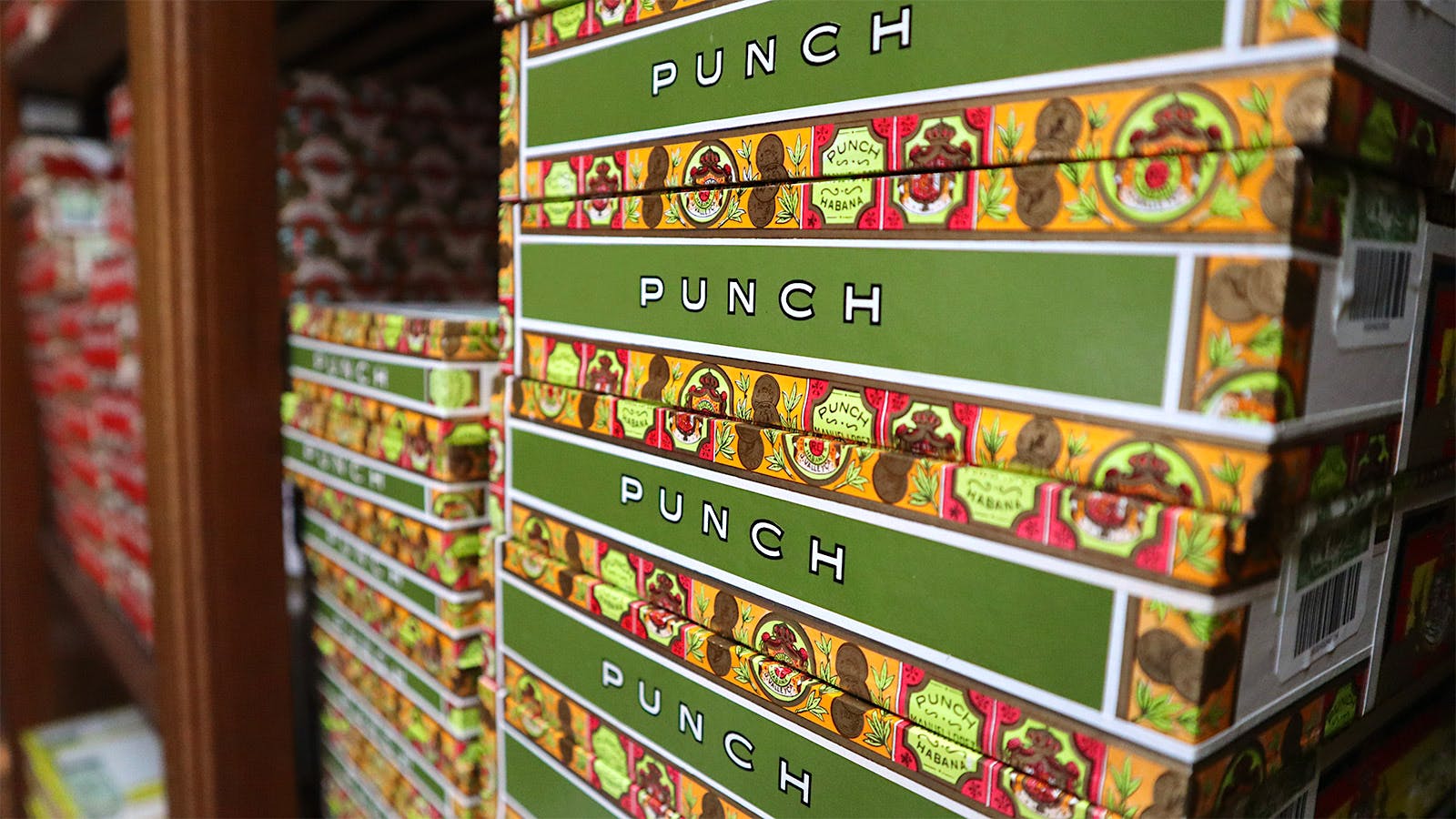 Buying a box of Cubans is still legal, but you'd better finish the cigars abroad. It's now a violation of OFAC law to bring them back into the U.S.

I’m an American. Will I still be able to travel to Cuba?

Yes. Travel under the general license, and its 12 permitted categories of authorized activities, remains legal, but the ban created by the Trump administration in October 2020 prohibiting American citizens from staying in many Cuban hotels makes it far harder for an American to stay in Cuba. (See below for details.)

The 12 permitted categories are:

For specific details about each category, especially education and religious related trips, please check out the U.S. Treasury website. 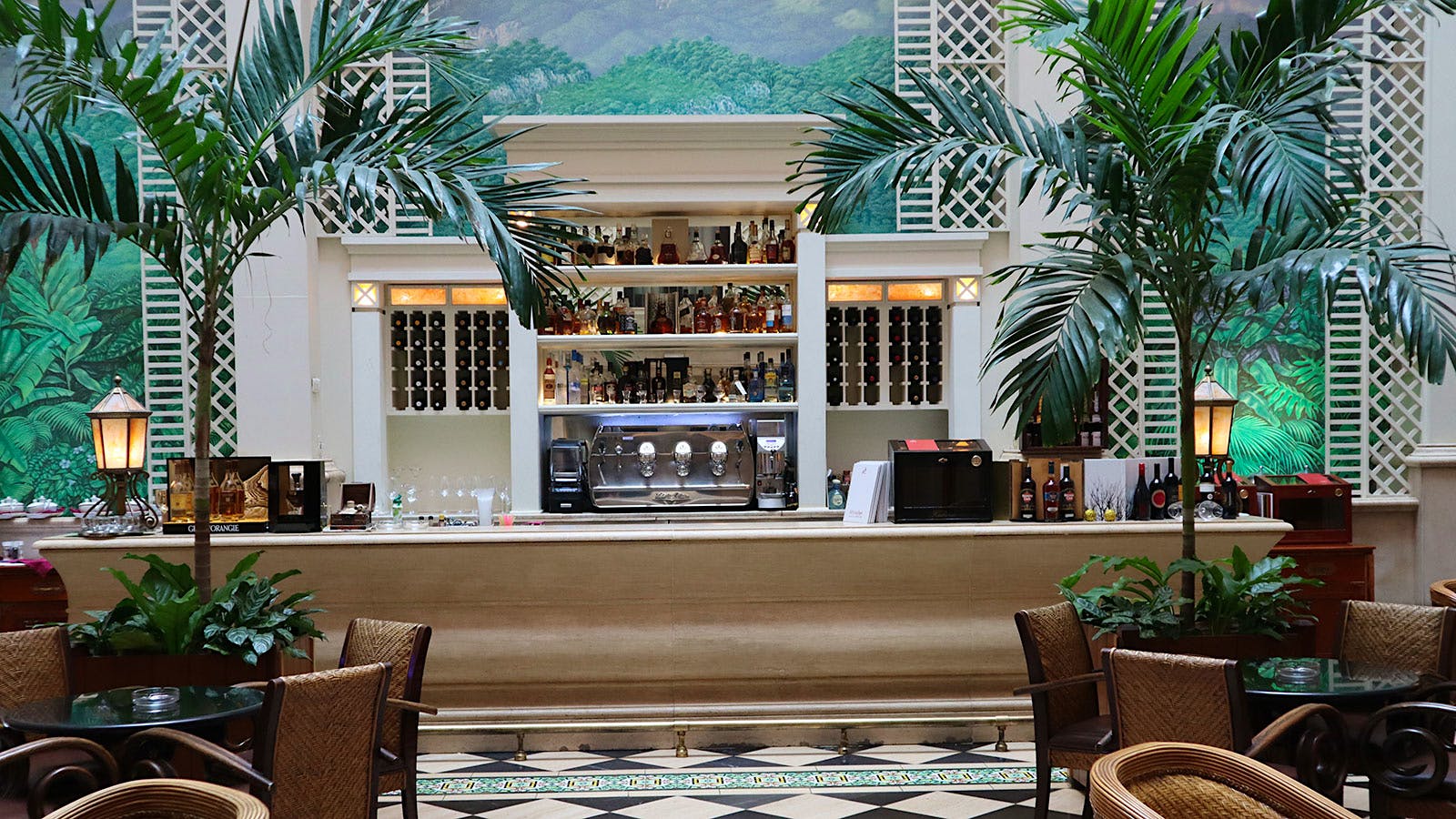 The bar at the Saratoga Hotel in Havana is certainly picturesque, but it's off limits to U.S. travelers, who are no longer allowed to spend money at the Saratoga, or any other hotels on OFAC's list of restricted businesses.

The prohibition on individual travel, which allowed Americans to travel to Cuba under the people-to-people rule prior to 2017 and keep their own agenda, remains in effect, and has been tightened. All authorized travel under the general license must now take place with a representative of an organization that also qualifies for permitted travel. The one exception remains travel for journalistic purposes, but the section has become more prohibitive, requiring journalists to document and adhere to a strict schedule of activities related to their work.

Finally, the new regulations emphasize that all authorized travelers and authorized groups must keep an exact record of their activities, a daily itinerary that details every activity and transaction.

American tourists have had difficulties traveling to Cuba ever since the U.S. imposed its full embargo on the island nation in 1962. During the Obama Administration, the regulations were gradually loosened, and while many of the regulations technically remained in effect, they were not strictly enforced. The Trump Administration has re-imposed all the pre-existing regulations and tightened others, while stating that enforcement will be more rigorous. 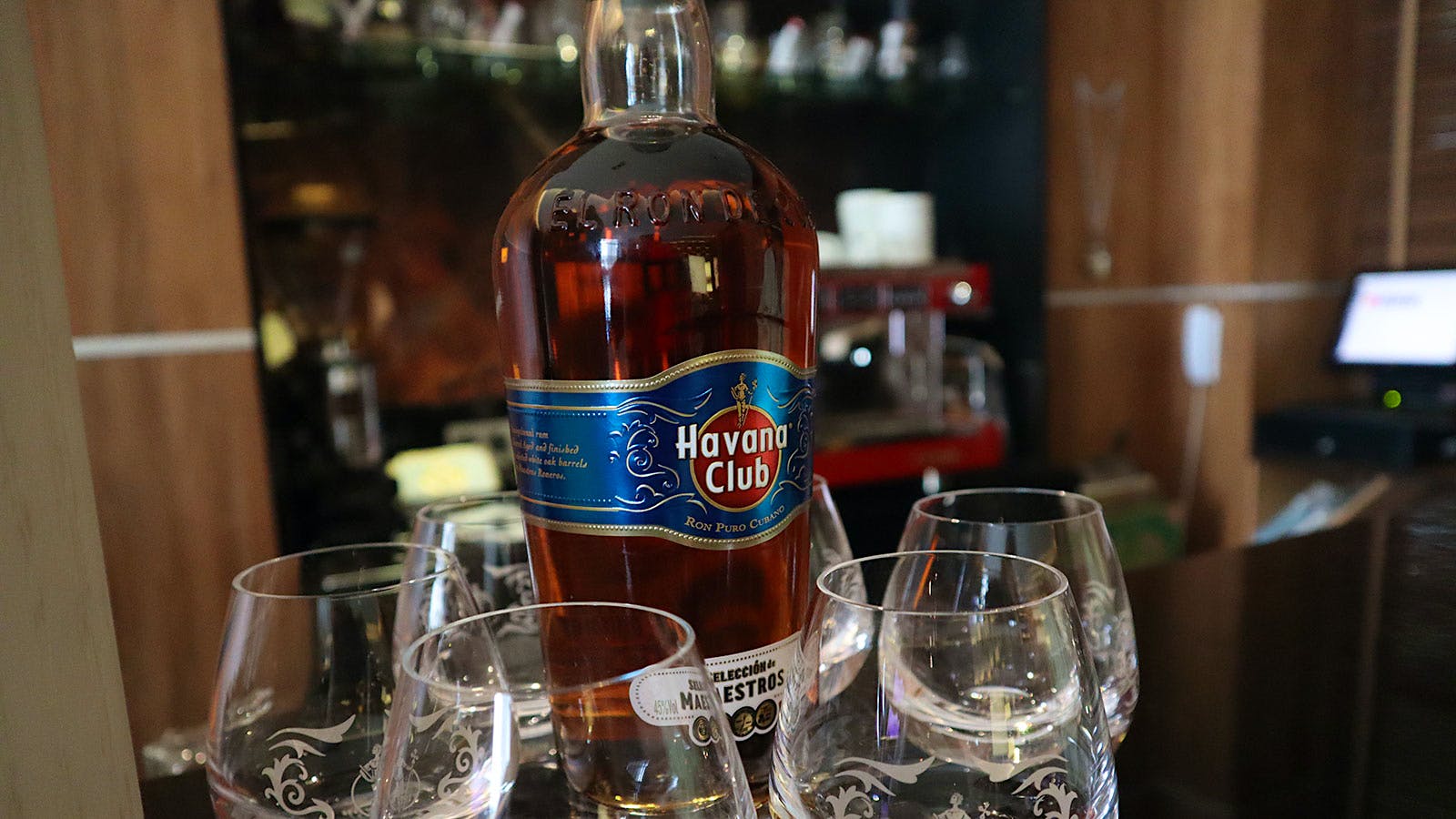 You can drink all the Cuban Havana Club rum you want—in Havana. Bottles of Cuban rum will be confiscated if you're caught trying to smuggle them back into the U.S.

But I have already planned my trip under the old guidelines. Can I still go?

If you made a transaction for a trip (for example: purchasing plane tickets) authorized under the old guidelines prior to the most recent announcement on October 13, 2020, your trip can proceed. “Consistent with the Administration’s interest in avoiding negative impacts on Americans for arranging lawful travel to Cuba, any existing travel-related arrangements that include lodging at properties in Cuba identified on the Cuba Prohibited Accommodations List will continue to be permitted, provided that those travel-related arrangements were initiated prior to the State Department’s addition of the property to the list as published in the Federal Register”. 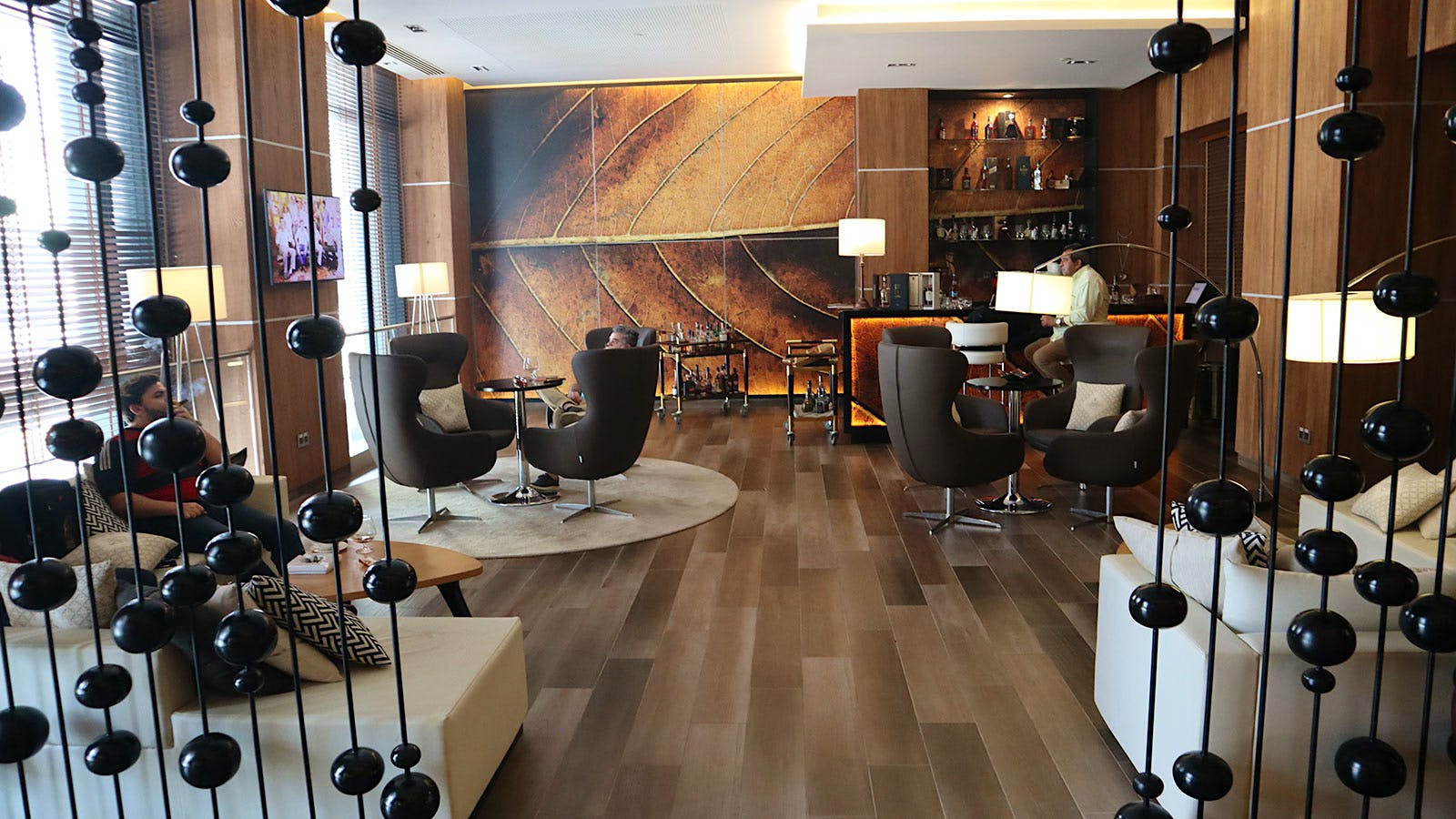 The Packard Hotel in Havana is another property that U.S. citizens are forbidden to patronize, and that includes the Packard's cigar bar shown here.

Are Americans prohibited from staying at certain hotels?

Yes. Hotels that are controlled by groups that appear on the Cuba Restricted List are now off limits to Americans and they cannot have any type of financial transaction with those properties, including payment of the lodging costs by a third party. To add to the confusion, the U.S. State Department has published two restricted lists, one of them including just about every hotel in Cuba, from the Gran Hotel Manzana Kempinski, to the new Hotel Packard and all the Meliá properties. The Treasury Department said only the State Department could comment on the discrepancy, and the State Department did not answer repeated requests for clarification.

We would suggest adhering to the more stringent of the two lists. In short, that more prohibitive list means should an American visit Cuba he or she would not be allowed in a hotel, and would have to opt for an Air B&B instead. There are private homes listed that are also off-limits, but it’s not clear which listing agency those homes use.

Will enforcement on Cuba travel stiffen after this change?

The U.S. Treasury Department refers that question to the Customs and Border Patrol division. As of October 20, a Customs and Border Patrol spokesperson said it had not received updated guidelines about enforcement requirements regarding Cuban cigars and rum. And up to now, there are no specific reports of heightened scrutiny although Cuba has kept its borders closed to most visitors under Covid-based restrictions. But heightened enforcement is likely. The law states that Americans who travel to Cuba under the 12 authorized categories might face Treasury Department audits. Keeping a journal of your itinerary while in Cuba on an authorized trip, and saving that journal, is essential. 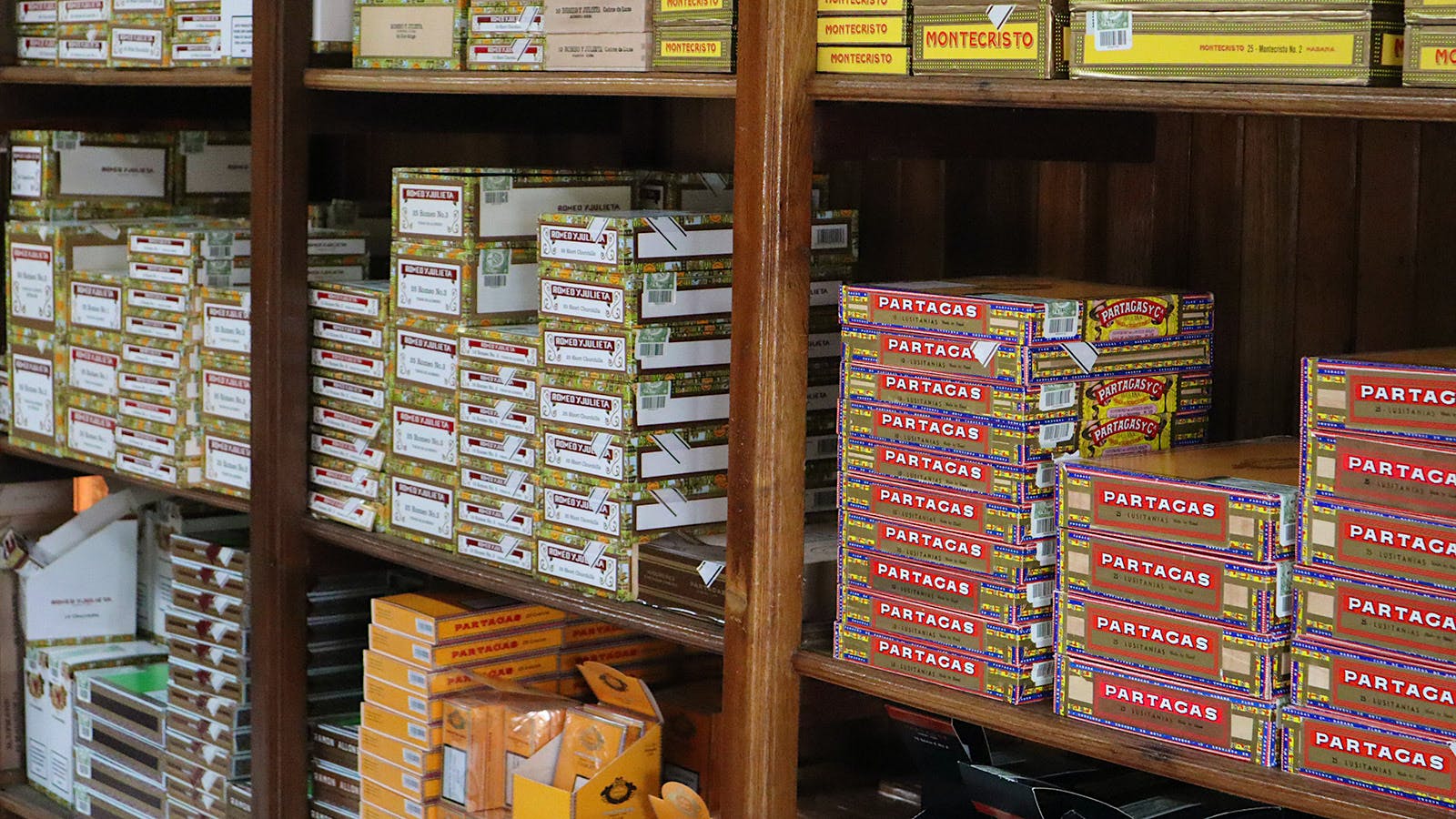 Stocking up on Cuban cigars was a preferred activity for American cigar-lovers looking to bring home boxes of Partagás, Montecristo and other high-scoring Havanas. As of October, new OFAC rules prohibit the practice.

What about the Cuban embargo?

That remains in effect. Only U.S. Congress can end the embargo. For now, the text of the Cuba Sanctions section reads as follows: “Please note that the Cuba embargo remains in place, and most transactions between Cuba and the United States, or persons subject to U.S. jurisdiction, continue to be prohibited under the CACR (Cuban Asset Control Regulations), which are enforced by OFAC.”

Are there other facts about the new regulations Americans should be aware of?

Yes. The new rules eliminate the general license permission to attend or help organize professional conferences or meetings in Cuba. Attendance at those kinds of meetings requires a special license granted on a case-by-case basis.