The word Edmundo has been exciting Cuban cigar smokers for nearly 20 years. First, Cuba created the Montecristo Edmundo in 2004. Then, the Petit Edmundo came along in 2006, followed by the Double Edmundo in 2013. This past weekend, the Wide Edmundo was unveiled in Spain, and it’s the newest addition to the venerable Montecristo line.

More than 350 people attended the premiere party, which was held in Madrid at the Cívitas Metropolitano Stadium. Organized by Club Pasión Habanos (a group that has thrown such parties in the past) and Tabacalera S.L.U., Spain’s official Habanos distributor, the event was a night of live music and food all revolving around the unveiling this thick, new Montecristo. 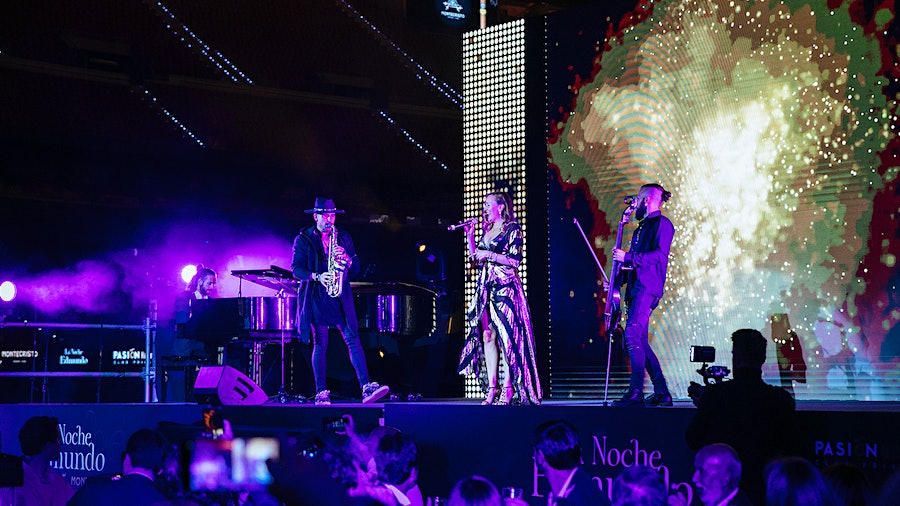 Live music was part of the celebration during the Montecristo Wide Edmundo premiere party, held in Spain at Madrid's Cívitas Metropolitano Stadium.

The Montecristo Wide Edmundo measures 4 7/8 inches by 54 ring gauge, making it one of the fattest cigars in the Montecristo line. In Cuban cigar factories, the size is called Duke No. 3. According to Tabacalera, the cigar will appear in Spain’s retail stores by the end of the month with a suggested retail price of 20 euros each (about $20). There’s no word from Habanos as to when the Wide Edmundo will appear in other countries.

News of the cigar was first announced in 2021 via Habanos World Days, an online, virtual event streamed by Habanos S.A. in lieu of the pandemic.

For a rating of the new Montecristo Wide Edmundo, see a future issue of Cigar Insider.

Read Next: 9 Things You Need To Know About Montecristo