Share
A field of tobacco on one of Plasencia’s farms in Jalapa, Nicaragua.

The lush tobacco fields of Nicaragua would normally be bare this time of year, all the bounty of the harvest hanging in curing barns or baled for aging. This year is different. Because of back-to-back hurricanes that hit Nicaragua in November and disrupted early plantings, the season is extending an extra month, to mid-June.

“We had a terrible start in Estelí due to the two hurricanes that delayed our traditional planting by more than one month,” said Eduardo Fernández, owner of Aganorsa Leaf, one of the largest growers of premium tobacco in Nicaragua. The growing season in Estelí would normally have started in October, but it started in December due to the heavy rain.

Aganorsa Leaf not only grows tobacco to supply its factory of the same name, it also sells its leaf to the premium industry. On the cigar end, its factory produces brands such as Aganorsa Leaf Supreme Leaf and JFR Lunatic, as well as third-party contract brands that include Illusione and Warped. 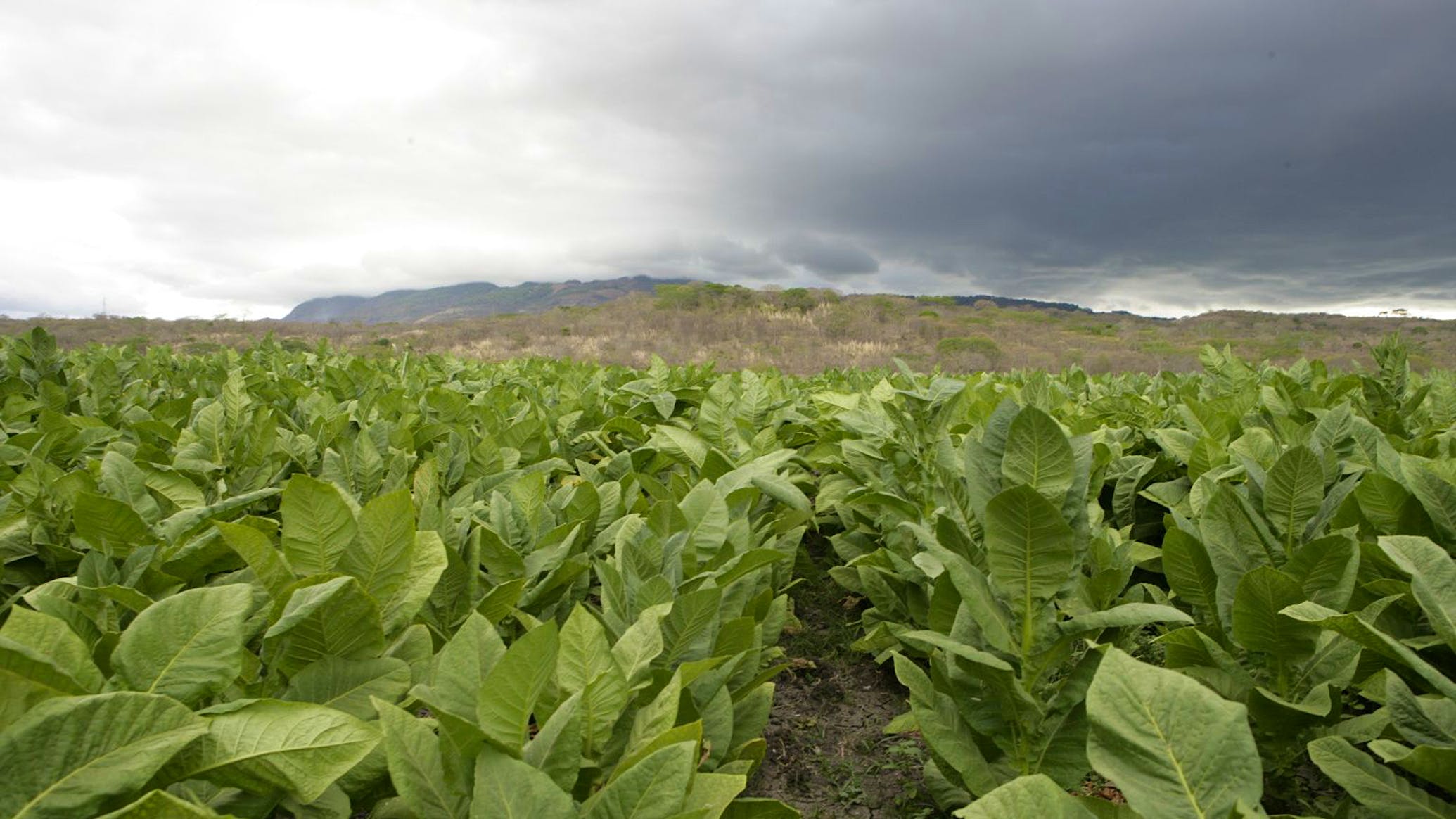 A foreboding cloud hovers over one of Aganorsa's many fields of Cuban-seed tobacco in Nicaragua.

“We still have crops in all the regions and all the fields,” Fernández added. Aganorsa grows in Nicaragua’s three major tobacco regions: Estelí, Jalapa and Condega. As much as Estelí was affected by the rain, Jalapa is proving to be a different story. That area is about 90 miles north of Estelí near the Honduran border.

“Fantastic year in Jalapa,” Fernández said. “Probably the best in 20 years in terms of quality and yield.”

The growing season in Jalapa started on time in October. Aganorsa planted 650 acres of tobacco in Jalapa, and another 625 acres between Estelí and Condega. One third of the tobacco is Criollo ’98. The other two thirds are Corojo—Corojo ’99 and Corojo 2012, a new varietal that Aganorsa will be using in the future. When the season is finished, Fernández anticipates close to 2 million pounds of tobacco, although he says it’s still too early for him to tell what percentage will be of wrapper quality.

The Plasencia family will also be extending its season into June. In Nicaragua, they planted 1,800 acres of tobacco, most of it a hybrid called Habano ’98 that they developed, along with some Connecticut-seed and broadleaf varietals. Like Aganorsa, the Plasencias grow in the three major tobacco regions of Nicaragua as well as the volcanic island of Ometepe.

The Plasencias’ growing operation is immense, providing tobacco not only for their own factories but for a large part of the industry as well. They produce numerous third-party cigars in addition to their flagship Nicaraguan brands: Plasencia Alma Fuerte, Alma del Fuego and Alma del Campo. 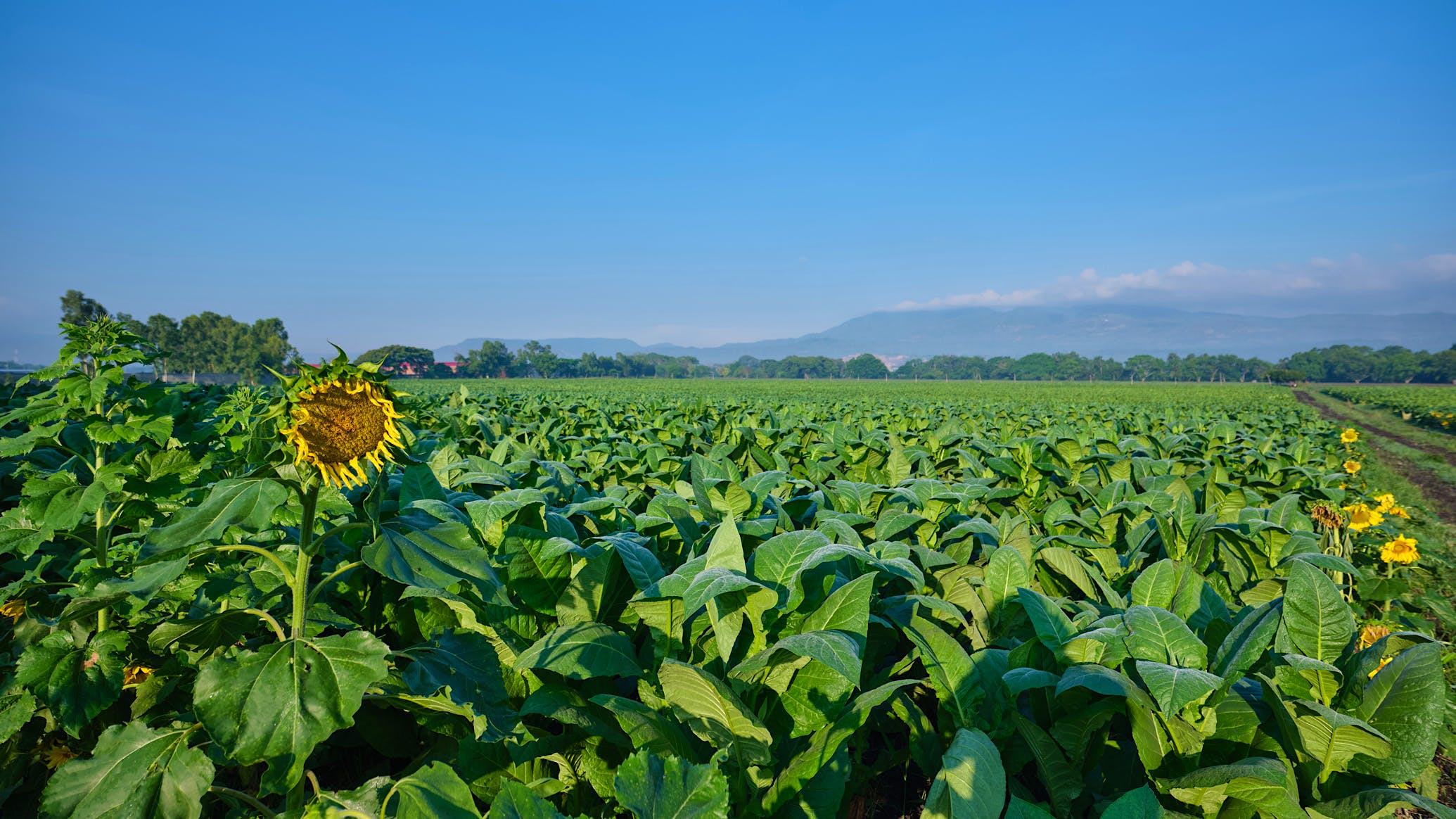 “We have some fields with excellent tobacco and some fields with just OK tobacco, especially the ones at the beginning with a lot of moisture in the fields,” said Nestor Andrés Plasencia referring to the aftereffect of the hurricanes. “Also, we have more blue mold affecting our Connecticut plantations because the humidity.”

Blue mold is a problem for tobacco farmers, a fungus that can leave spots on tobacco. In severe cases, blue mold can ruin entire tobacco fields.

When the harvest is finished, Plasencia anticipates his company will bring in about 3.5 million pounds of tobacco, and estimates that he’ll end up with 80 percent wrapper from the Habano ’98 tobacco and 70 percent wrapper from his Connecticut seed plantings. Plasencia said among the many problems he’s faced this year were heavy rains in April.

“This year the weather in Nicaragua has been rainy at the beginning of the season due the two hurricanes,” he says. “After that, the weather was very good until two weeks ago when we had some rain again.”

Plasencia planted an extra 100 acres this year compared to last, and believes that when he finishes his harvest after the first week of June, “some tobaccos will be very strong and some others will be milder.”

A.J. Fernandez might be wrapping up the season by the end of this month. He planted 1,600 acres across five regions, including Pueblo Nuevo. Like all growers, he was affected by the weather, delayed by the storms. 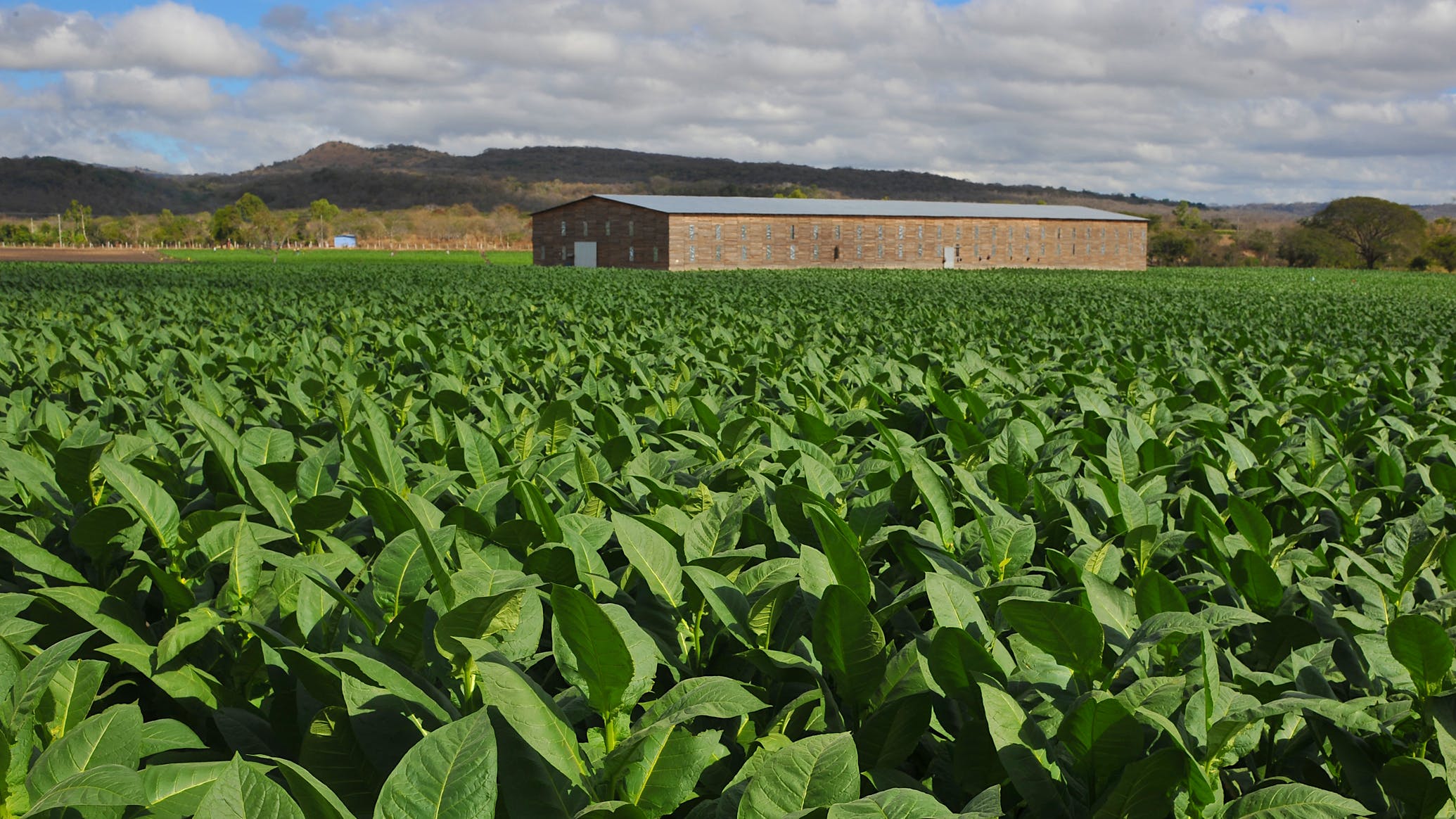 The tobacco on this verdant farm was planted by A.J. Fernandez in Estelí. (Photo/Richard Leonardi)

“We had two hurricanes that affected us and delayed our first sowing until December 20,” Fernandez says. “And on April 12, we received some big rains that affected the harvesting too.”

Fernandez grows mostly the Criollo ’98 varietal, but also grows Corojo ’99, Habano 2000, some broadleaf and his own special hybrid, but Criollo ’98 remains his highest volume leaf.

“Criollo ’98 is my favorite one,” he says. “I find it has the strength, sweetness and flavor that I need to taste for a cigar with character.”

Despite the rainy weather, Fernandez believes that his tobacco this year will be strong. “Not only did the tobacco receive a lot of sunlight, we topped the tobacco really low, looking for visos and ligeros.” Topping the tobacco is a method where the plant’s flower is removed, thereby causing the tobacco to redirect its energy to the leaves, rather than creating seeds in the flower. This process typically results in stronger tobacco.

By the end of his season, Fernandez thinks he’ll have about three million pounds of tobacco, an amount that should result in 30 million cigars, but he’s already thinking about next season. Fernandez plans on growing seven percent more in the fall and has purchased two new farms, one in Jalapa that he calls “El Porvenir” and another on the outskirts of Estelí called “El Dorado.”

“Both of them have virgin sandy, loamy soils, good for wrapper,” Fernandez says. In Spanish, “El Porvenir” translates to “the future.”

After a disappointing 2018 season plagued by heavy, consistent rains, cigar tobacco farmers in the …