Despite conventional wisdom, greater Los Angeles has many places where a member of the public can enjoy a cigar. The diversity is considerable. There’s a Cuban-owned bar in Beverly Hills, a live-music and dance venue in Koreatown and several tobacco stores with abundant indoor and outdoor seating. A newer lounge is intended as a shared workspace that allows smoking. There’s even, not surprisingly, a luxury hotel cigar and whiskey haunt where the minimum spend is $50. And now, there’s a cigar club and store, with limited public seating, that emphasizes cigar education. Welcome to the Continental Cigar Club. 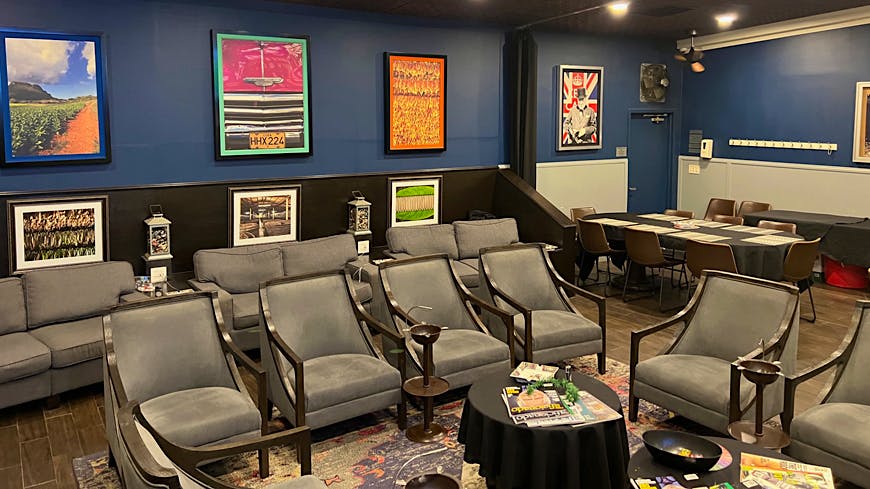 Continental is the brainchild of Patrick Potter, the grandson of the co-founder of the Tinder Box tobacco shop, who is as evangelical about the joys of cigars as anyone you’re likely to meet. The club, on Sepulveda in West Los Angeles, shares a parking lot with three other businesses and has a parking attendant, a bonus in LA. The style of the club, which Potter says “has an East Coast vibe,” reminds one of social clubs in any of a number of urban northeastern cities. There are 28 very comfortable seats inside the private club, and about eight available for the public in the front room. Plaques from law enforcement agencies adorn a wall, a testament to Potter’s consulting involvement and support with some of them. Cigar memorabilia and posters round out the decor.

A smaller cabinet humidor in front holds the highest-end offerings, such as Fuente Fuente OpusX sizes and the ultra-rare La Flor Dominicana  Andalusian Bull ($35). Potter’s own Hoy Vivo brand, made with Ernesto Perez-Carrillo, is $32 for a Pyramid Plus. Potter said that he rolls these himself, about 20 at a time. 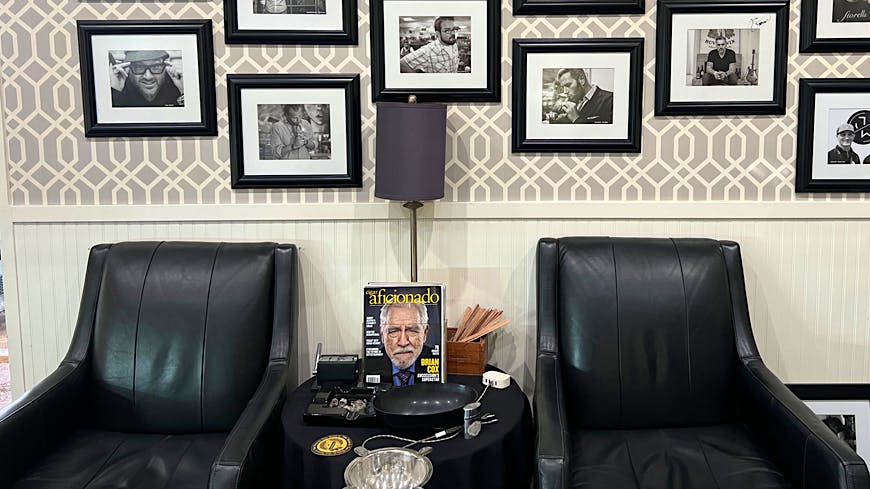 The humidor room behind the counter is large, with more than 600 facings. Inside you’ll find another of Potter’s lines, the Milk & Honey ($13), available in three different blends of Nicaraguan tobaccos. Potter has a total of seven different proprietary cigars made by his Tabac Trading Company for sale at Continental. Tatuaje is well represented here. Also available are cigars by Caldwell, RomaCraft, Davidoff, Padrón, Montecristo, some of the last Nat Shermans, My Father, Oliva, Balmoral, CAO and more La Flor Dominicanas. Potter says there’s something for every budget. Among the more rare finds are the Fuente Fuente OpusX Angel’s Share Robusto ($55) and the Padrón 80th ($65).

Potter requires his staff to get training in matters of tobacco. Inside, there are round wheels charting different tastes and aromas related to cigars that help educate smokers. Continental also offers classes on blending, and every month there’s a breakfast that introduces a new brand or something the humidor doesn’t have. 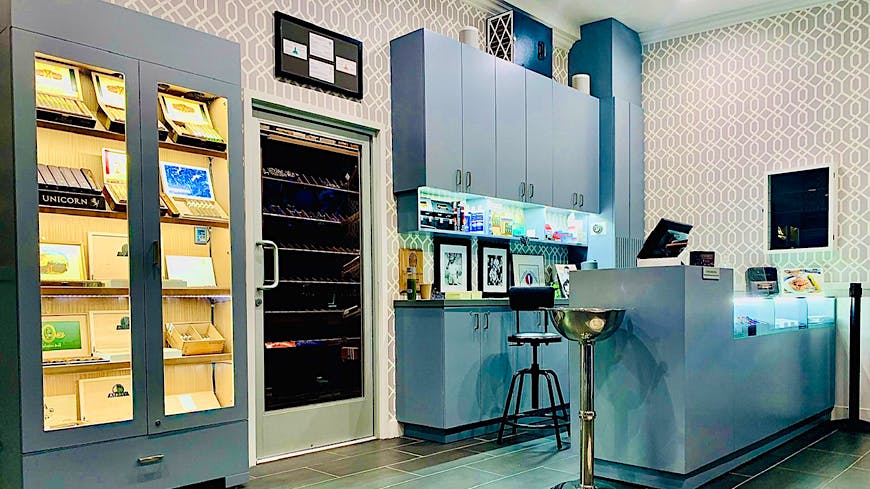 Membership will cost $1,980 beginning in 2022. Members will have 24/7 access, each getting a fob to enter the lounge, and one of the 58 lockers, each of which can hold four to six boxes. There’s a table for dining (you’ll need to bring in your own food) a small refrigerator for soft drinks, a single-serve espresso machine, and three large televisions on the wall. Latin music plays in the lounge. Continental also offers a $135 a month sports membership that lets you visit the lounge when games are on. Discounts on products bought in the store come with the memberships.

Potter is a big fan of the John Wick movie franchise. Continental is the name of the neutral hotel in the films where assassins can relax. Continental Cigar Club also uses a coin, like in the movies, as currency. Potter has given out 10 coins each, he says, to 12 different LA hotel concierges so that they can pass them along to guests who might later become club members. The coin entitles the bearer to a free house cigar and a visit to the private lounge. 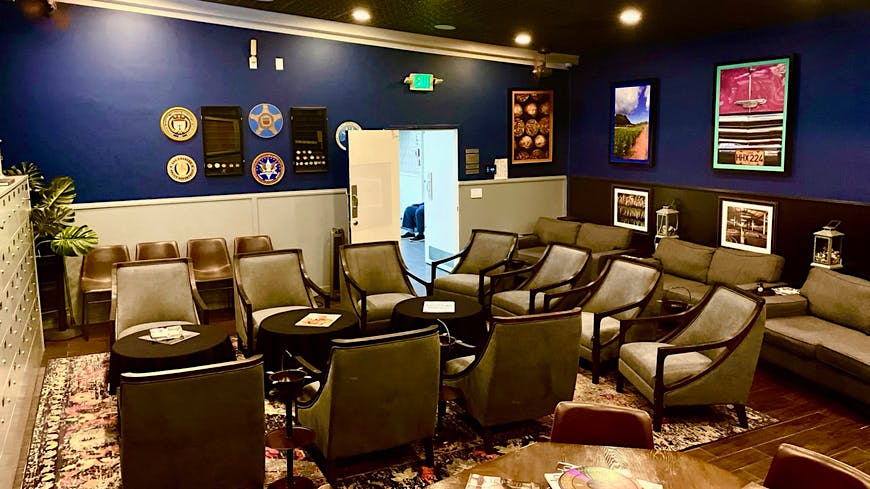 Potter is dedicating his efforts to expanding the Continental Cigar Club, looking to open 40 in the United States in seven years. Then he wants to go international. He says he learned the multi-unit and franchising models from his grandfather’s experience with Tinder Box.

Above all, Potter preaches cigars and civility. And a love of cigars. Both are available at the Continental Cigar Club.