It's the trademark case that refuses to die and it's still under litigation. Casually known as Cohiba vs. Cohiba, the Empresa Cubana del Tabaco vs. Culbro Corp. lawsuit started more than 25 years ago when Cubatabaco, owners of the Cohiba trademark, sued General Cigar Co. for its use of the Cohiba name in the United States. General registered Cohiba in 1981 and then reregistered the trademark in 1995. In response, Cuba sought to cancel General's U.S. trademark. Since then, the case has gone arduously back and forth with numerous appeals and reappeals that showed victories and losses for both sides—and the issue remains unresolved.

The non-Cuban Red Dot Cohiba is sold in the United States through General Cigar Co.

The case raises an interesting question: Does a country have any trademark rights in the United States when it's under an embargo? In the case of Cohiba—the most high-profile premium cigar brand in the world—one court of law believes it does. Another disagrees. And the Supreme Court refuses to get involved.

The timeline here shows the highlights of the legal embroilment over the last 25 years. This case has outlived former Culbro Corp. chairman Edgar Cullman Sr., who passed away in 2011, and now Fidel Castro.

January 1997 Cubatabaco files suit with the United States Patent and Trademark Office (USPTO) to cancel General's use of the Cohiba trademark.

March 2004 Judge Robert Sweet of the U.S. District Court, Southern District of New York, cancels General's trademark of Cohiba, ruling in favor of Cubatabaco. The judge rules that the trademark elapsed as a result of nonuse from the late '80s to early '90s. General appeals.

February 2005 General wins its appeal. The U.S. Court of Appeals Second Circuit, rules that the Cuban embargo prohibits Cuban companies from acquiring property rights in the U.S., which extends to trademark use. Cubatabaco appeals. 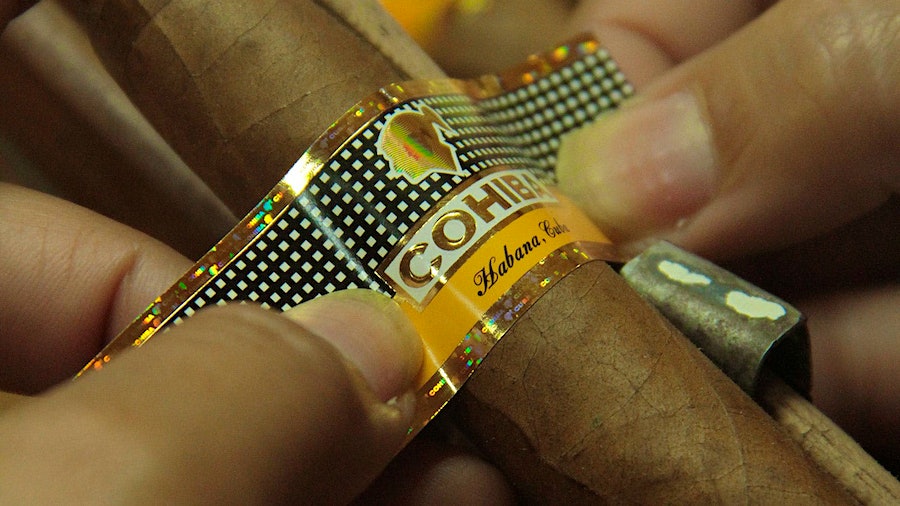 Cuban Cohibas like this are offered in every major cigar market around the world except for the United States, where Cuban cigars cannot be legally sold.

November 2008 The case is reopened in light of a new legal precedent (ITC vs. Punchgini). Cubatabaco appeals to the U.S. District Court, Southern District of New York, citing a prior ruling as basis for its claim against General.

December 2009 Judge Sweet once again rules in favor of the Cuban cigar industry when it issues an injunction for General Cigar Co. to stop selling its Cohiba cigars in the United States. Furthermore, Sweet rules that Cubatabaco is entitled to monetary relief. General appeals.

March 2013 General wins another round, this time before the USTPO's Trademark Trial and Appeal Board (TTAB), which dismisses a petition by Cubatabaco to cancel General's use of the Cohiba name.

June 2014 A U.S. Court of Appeals, Federal Circuit, reverses TTAB's decision citing misinterpretations of the embargo's rules and nullifying the 2005 decision of the Second Circuit. In other words, the Federal Circuit and Second Circuit don't agree on Cuba's legal right to cancel a U.S. trademark.

November 2014 General petitions for a writ of certiorari in hopes of a review by the Supreme Court and ultimately, an overturning of the lower court's decision.

February 2015 The writ is denied. Cubatabaco can once again seek to bar General's use of the Cohiba trademark. The case goes back to the TTAB.

December 2022 The TTAB rules in favor of Cubatabaco, ordering the cancellation General Cigar’s Cohiba trademark for the U.S. To make its ruling, the Appeal Board cited the Inter-American Convention for Trademark and Commercial Protection of 1929, which extends rights to foreign trademark owners. General announced that it plans to appeal the decision.

A previous version of this article first appeared in Cigar Aficionado's April 2016 issue as part of a retrospective on 50 Years Of Cohiba. Last updated on January 4, 2023.

Cuban Cohiba Cohiba (Non-Cuban) General Cigar Co. Habanos S.A.
archived comments
"There is only one real cohiba anyway and I don't need a judge to figure that. General ha no shame metric." —February 4, 2017 10:31 AM
"Realy, why would General still persue it's intention of plagia of the famous Cuban historical and best cigar... So the American would have the impression of smoking the original Cuban when it's Dominican Republic. This article is well documented and well reported. This "Trade Mark war" is unfortunate." —January 28, 2017 09:30 AM
"love this article ... great game of ganip-ganop! cuba will always win in my heart " —December 29, 2016 11:13 AM
"Just one puff will show why the Cohiba from Cuba is the real "Cohiba" ! " —December 28, 2016 20:51 PM
"Wonderful piece and timeline of what is seemingly a ping pong match of rulings. That's a lot of info you've compiled and I appreciate keeping us up to date. I'm looking forward to the next chapter. Great work! " —December 28, 2016 12:17 PM