Share
Cigar scenes in The Irishman inevitably crackle with tension (when they aren’t provoking unexpected laughs), and tend to escalate into the film’s most memorable moments.

When you see someone smoking a cigar in Martin Scorsese’s masterful film The Irishman, you know things are about to get serious.

Several characters enjoy fine tobacco throughout the 209-minute-long movie, which has been nominated for 10 Academy Awards, including Best Picture and Best Director. But two characters in particular take it to another level: Teamsters boss Anthony “Tony Pro” Provenzano, played by British actor Stephen Graham, and Genovese family boss Anthony “Fat Tony” Salerno, played by Domenick Lombardozzi of “The Wire” and “Ray Donovan,” unrecognizable under facial prosthetics. The scenes where they have cigars in their hands inevitably crackle with tension (when they aren’t provoking unexpected laughs), and tend to escalate into the film’s most memorable moments.

“It came down to reference photographs,” says Joel Weaver, property master for The Irishman, who was in charge of securing the scores of stogies used for the film. “The actors did their homework—and Marty trusts his actors. If you Google Fat Tony, there’s a big, juicy cigar in his mouth in most of the photos. So the person who smoked the most in the film was Domenick Lombardozzi.” 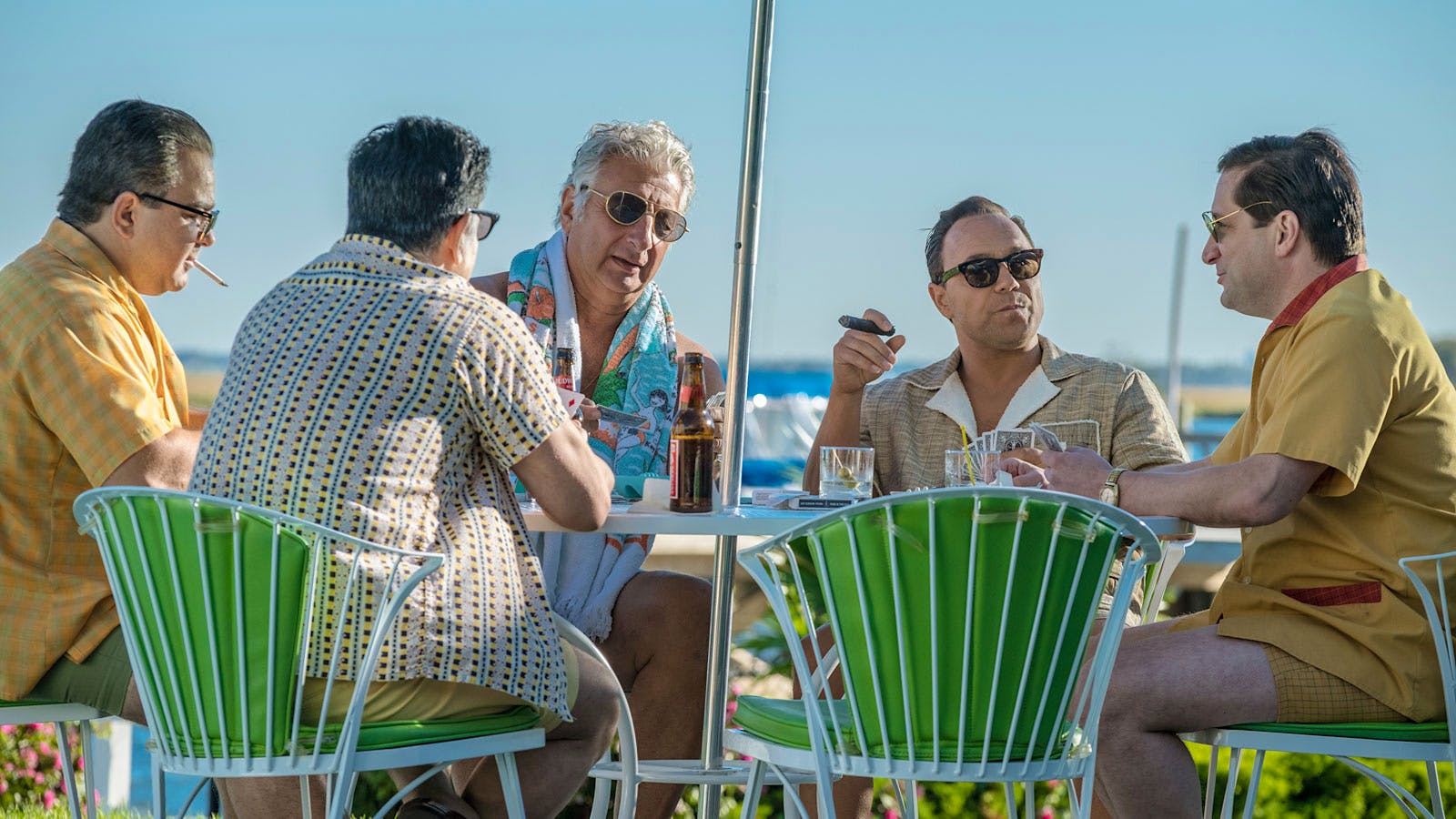 Weaver did the bulk of his cigar shopping in his own neighborhood at Santana Premium Cigars, a Brooklyn-based shop that rolls its own cigars from Dominican tobacco. On his way to the “Irishman” set, Weaver would stop in and have owner Jose Enriquez load him up with the shop’s hand-rolled maduros. For Lombardozzi, he focused on fatter cigars, such as robustos, and for Graham, he would get a variety of sizes, including skinny lanceros.

The only cigars he got elsewhere? “Harvey Keitel specified that he wanted Toscano Originales,” Weaver says. “We had to go to Little Italy to find those.”

As Fat Tony, Lombardozzi shows up in three crucial scenes, wielding and chomping on his maduro-wrapped beast. Lombardozzi plays Salerno as a cool-headed pragmatist, trying to solve a personnel problem between the mob and the Teamsters that centers on Jimmy Hoffa (played by Al Pacino). Salerno doesn’t want to interrupt a steady revenue stream, so his loyalty to Hoffa only extends as far as his own self-interest. Salerno, cigar clenched in the corner of his mouth, stays calm, even as he probes with questions to find out whether, in fact, Hoffa has become a liability who needs to be eliminated.

In a crucial scene, Hoffa pal (and hired killer) Frank Sheeran (Robert De Niro) tries to convince Hoffa to accept the deal to retire being offered by Salerno and mob boss Russell Bufalino (Joe Pesci). Scorsese cuts back and forth between Hoffa’s conversations with Sheeran, and Sheeran’s with Fat Tony—and every time Hoffa resists an offer, Salerno’s cigar gets a workout, moving from hand to mouth and back again as the mob boss quietly steams.

“Domenick wanted a cigar for every scene,” Weaver says. “A lot of times it was not even lit.”

Graham, who previously played Al Capone in the Scorsese-produced “Boardwalk Empire,” makes Tony Pro the cocky irritant in Jimmy Hoffa’s buttoned-down world of union corruption. Pro’s cigar is a mark of his own self-confidence and bravado, even when FBI agents show up on his Florida patio with an arrest warrant to interrupt his poker game, where every player seems to be enjoying a stogie. “Can I finish this hand?” he says, without looking up. Cigar in his mouth, hands cuffed, he suddenly breaks away from the FBI agent as if to run off, then stops and laughs at the expression on the lawman’s face.

“That’s a 30-second scene in the movie, but it was eight hours of filming,” Weaver recalls. “We went through well over a dozen cigars. With Domenick, in the course of shooting a one-minute scene, we might go through 20 cigars. A lot of times he was speaking with the cigar in his mouth so, even though it wasn’t lit, it would get so chewed up that we’d have to swap out cigars. And we had to pay attention to continuity—so sometimes, we’d cut one two-thirds of the cigar down before we lit it, as if he’d already been smoking it.

“The cigar was such a part of Fat Tony, it was like an extension of the character. In fact, even when his stand-in was there while we set up a scene, we’d give him a cigar.”

Read all about the production of The Irishman in the November/December 2019 issue of Cigar Aficionado.