Cigars are a special indulgence, no matter the context. But for a deployed member of the armed forces, especially one in a combat zone, a fine smoke can be much more. No one knows this better than the team at Cigars for Warriors (CFW), a nonprofit that ships cigars directly to U.S. troops deployed across the globe.

The organization was started by Storm Boen, a retired first sergeant of the Army and an Iraq War veteran. After rough days out in the field, Boen would encourage his soldiers to gather together and have a cigar, drop all military rank considerations and customs, and speak freely about whatever was on their minds. Boen found that this helped his troops relax, and that a simple cigar had a profound effect on morale. "When you have a cigar in combat, you tend to remember them all.” said Boen. “I remember every one of them, whether it was a good memory or a bad memory."

Boen thought that his cigar ritual was a novel idea, but to his surprise, he found he wasn’t alone. Many of his fellow vets had similar experiences, and found that cigars offered a much-needed reprieve and unforgettable memories in times of deployment. Boen and six of his friends decided they should do their part to help other members of the armed forces have similar experiences, so in 2012, they started Cigars for Warriors. 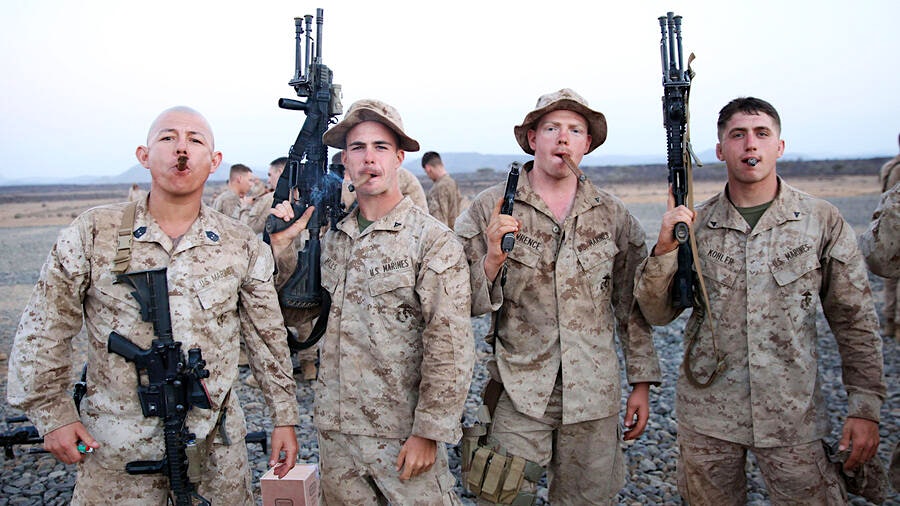 The goal of Cigars For Warriors was to get cigars in the hands of troops in need, people who could really use a cigar for relaxation, but often lacked an outlet to acquire such goods. So Boen and his team began sending cigars to troops abroad, setting what they thought was an "impossible goal" of sending 800 cigars within its first year as a charity. But they moved far faster than they originally planned, and by the end of year one, Cigars for Warriors had sent 92,000 cigars. That number kept on growing. As of 2022, in its 10th year of operation, Cigars for Warriors has shipped more than 1.3 million cigars, coffee, cutters, lighters, magazines, gift cards, and apparel to deployed U.S. troops.

Cigars for Warriors is a registered 501(c)3 charity that's 100 percent volunteer-driven, operates nationwide and is a platinum-rated charity by GuideStar, an information service company specializing in reporting on U.S. nonprofit companies. It’s a donation-based business that relies on people to donate cigars. As of today, the organization has more than 560 verified donation centers across the country, most of them in cigar shops, but also churches, bars, and even a Best Western.

Cigars For Warriors determines shipment destinations based on requests that are input online directly from deployed members of the armed forces. As requests come in, they're sent over to an active-duty Army liaison, who's part of CFW's board, a person who verifies every name and military post-office location to ensure legitimacy. On average, the organization ships out around 400 care packages a month. Troops deployed in active combat zones get first dibs. The second priority is for long-term deployments, such as "long floats" for members of the Marines or Navy, tours that can sometimes span more than a year. In general, the goal is to deliver smokes to those in need and make a tangible difference. 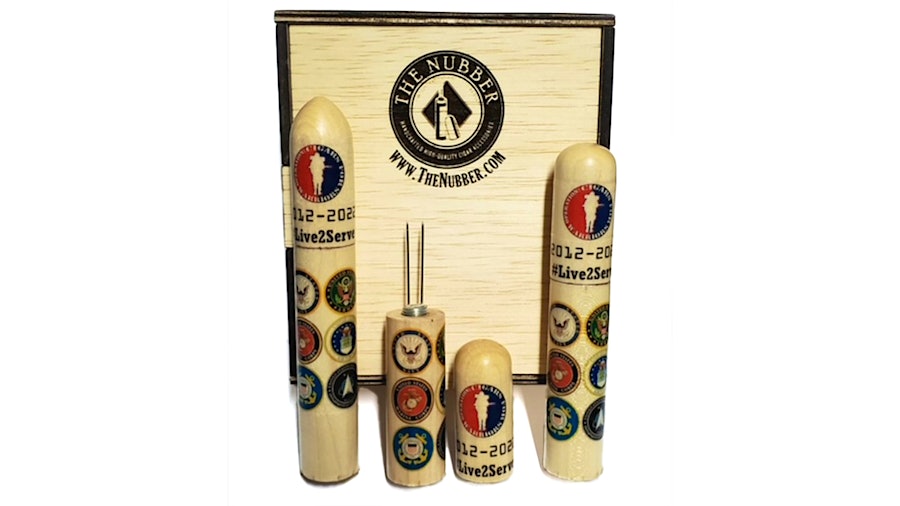 For the organization’s 10th anniversary, it is celebrating by adding a new partner to its synergy program, Nubber, which is releasing the Cigars for Warriors 10th anniversary "Live2Serve" Nubber. The synergy program is a partnership arrangement in which collaborators develop and sell products specifically for the charity, like Ventura Cigar Co.’s Slaughterhouse: The Operator, which is coming out next month. The cigar is a 6 by 50 toro that’s limited to 1,300 bundles and all proceeds from its sale will go to Cigars For Warriors. The CFW 10th anniversary “Live2Serve” Nubber will be no different, with all profits benefiting the charity.

Nubber creates handcrafted cigar holders, made by veteran W.D. Wade, designed for when you get to the "nub" end of your cigar, when a cigar can be hard to put down or hold comfortably, and that's where the Nubber comes in (although it can be used at any point). The Nubber looks just like a stogie, is customizable, has a magnetic bottom to hold it steady and features dual pins that are thin enough not to damage your cigar as you put it in or take it out.

For a look into the impact Cigars for Warriors has made, check out their gallery to see some photos submitted directly by troops. To make a donation, look for a center in your cigar store, or visit cigarsforwarriors.org.