One of the missions of Cigar Aficionado has always been to bring cigar lovers together. Between the Big Smokes across the nation and our Internet chat rooms, we've done our best to help foster a community of connoisseurs. Through our events, our website and sections such as "Cigar Adviser" in our magazine, we've tried to provide aficionados with opportunities to meet others who share their passion, and forums for providing you access to the best, most accurate cigar information possible.

But that's not enough. Many people read our magazine who may never have thought about smoking a cigar. But the cigar coverage in our pages piques their curiosity, and some of these new readers may become new smokers.

For these novice smokers, and for those who may not have yet discovered cigars, we offer Cigar 101, a crash course in the basics of cigar smoking. This primer will be continued over the course of the next several issues and will highlight a range of cigar topics, from shapes and colors to the proper cutting, lighting and storage for your smokes.

A cigar shape can vary greatly in size from brand to brand, so describing a cigar by its size as well as shape is important. Cigars are measured by two factors: length, which is given in inches, and "ring gauge," a designation of a cigar's diameter broken into 64ths of an inch. A cigar with a 42 ring gauge, for example, is 42/64 of an inch in diameter.

There is no correlation between the size of a cigar and its strength. An 8-inch cigar made with mild tobaccos will be mellow, while a thin, short cigar rolled with powerful tobaccos will be full bodied. While a cigar's strength is determined by the tobacco it is rolled with, thin cigars have a tendency to burn hotter than fatter ones. Also important to note is that there is no consistency of strength from brand to brand: one company's corona is likely to taste very different from another's.

Parejos are straight-sided cigars; most have an open foot for lighting and need to be cut before smoking. They may be either round or box-pressed, meaning that the sides of the cigar were pressed square prior to packing or, in some cases, by pressure in the box.

This is the benchmark size against which all other sizes are measured. The traditional dimensions are 5 1/2 to 6 inches with a ring gauge of 42 to 44. Example: Padrón 1964 Anniversary Series Corona Maduro

Basically a miniature corona, this cigar generally measures about 4 1/2 inches, with a ring gauge of 40 to 42. Example: Ashton Cabinet Selection Trés Petite

A short, fat cigar that has become the most popular cigar size in America. The size is generally 4 3/4 to 5 1/2 inches by 48 to 52 ring gauge. Example: Arturo Fuente Don Carlos Robusto

Also called a toro, this cigar is steadily growing in popularity. The traditional measurements are 5 5/8 inches by 46 ring gauge, but cigars of 6 inches by 50 ring have also become popular. Example: Oliva Serie V Melanio Maduro Toro

Double coronas are large smokes, and the standard dimensions are 7 1/2 to 8 1/2 inches by a 49 to 52 ring gauge. You see fewer and fewer in cigar stores nowadays, especially in the non-Cuban cigar world. Example: Hoyo de Monterrey Double Corona

Long and thin, this size's popularity has decreased in recent years. Still, it is an elegant size, with a wide length variation of 5 to 7 1/2 inches with a ring gauge of 34 to 38, and a good number of panetelas are finished with pigtail caps. Cigars longer than 7 inches in this category are often referred to as "gran panetelas." The lancero is a subset that is prized among connoisseurs. Example: Cohiba Lancero

A lonsdale is generally longer than a corona but thicker than a panetela, with a classic size of 6 1/2 inches by 42 ring. Example: Montecristo No. 1

Grandes, the thickest cigar shape, have burst onto the scene since the dawn of the 21st century. These fat cigars, once considered a fad, have found their way onto the portfolio of nearly every major producer of premium cigars outside of Cuba. With ring gauges of 60 and fatter, some even reaching 70 or 80. To be considered a grande, the cigar needs to be a minimum of 4 3/4 inches in length. Example: Rocky Patel Sixty Sixty.

Although the majority of cigars are parejos, a growing number of cigar companies are broadening their portfolios with more creatively shaped smokes. These cigars are called figurados, and they include any cigar that is not a straight-sided cylinder. Although cigarmakers' interpretations of the shapes vary as widely as the flavors inside their cigars, the basic categories of figurados are as follows:

Pyramids are cigars with cut feet, like parejos, but with heads tapered to a point. Generally the cigars measure from 6 to 7 inches in length, with ring gauges of about 40 at the head widening to 52 to 54 at the foot. The pyramid is treasured because the tapered head allows the complex flavors of the cigar to meld in the mouth. Example: Montecristo No. 2

Traditional belicosos are short pyramids, often with a slightly rounded pyramid head. They often measure from 5 to 5 1/2 inches, with ring gauges of about 50. Today's belicosos, however, are often coronas or corona gordas with tapered heads. Recent years have also seen the production of mini-belicosos, short cigars with small ring gauges and tapered heads. Example: Bolivar Belicoso Fino

Torpedoes aren't as thoroughly classified as many other cigar sizes, and they generally fit into the pyramid category. Generally speaking, cigarmakers use the term torpedo to convey a pyramid with a sharper point. Example: Montecristo 1935 Anniversary Nicaragua No. 2

The perfecto has both a tapered foot and a tapered head, typically with a bulge in the middle. Perfectos very greatly in length, although you see quite a few that are smaller in stature. They also range from the symmetrical, like the pictured Aurora Preferidos, which looks a bit like a bomb, to the more freeform, such as the host of cigars of varying shape in the Arturo Fuente Hemingway series. Example: Aurora Preferidos Gold

More popular in the past than it is today, the culebra is perhaps the most exotic shape of cigar made. It consists of three panetelas braided together and tied with string, sold as one cigar. The three parts are then unbraided and smoked separately. Usually 5 to 6 inches long, culebras most often have a 38 ring gauge. Since they are difficult to come by today, you might consider sharing the other two braids of the cigar with two friends, turning the smoking of a culebra into a special occasion. Example: Partagas Culebra

Diademas are very large figurados, with tapers on both the head and foot, sometimes eight inches or more long. One of the more popular diademas is the Salomone size. All Salomones are diademas, but not not all diademas are Salomones. Example: Cuaba Salomon

Cigar wrappers come in a wide array of colors, from the palest of greens and yellows to dark black. Just as there are seven basic colors that make up the rainbow, there are seven basic color distinctions among wrappers, with an infinite number of shades between each color. A simple way to begin understanding the color designations is to remember that, just as the state of Colorado is in the middle of the United States, the color "colorado" comes in the center of the color range.

Wrapper leaves vary in color due to the many methods for processing tobacco and the variety of tobacco strains used. Additionally, sunlight can play a factor: a wrapper grown in sunlight is typically darker than a shade-grown wrapper of an equivalent seed strain.

From light to dark, the seven commonly used wrapper color descriptions are: 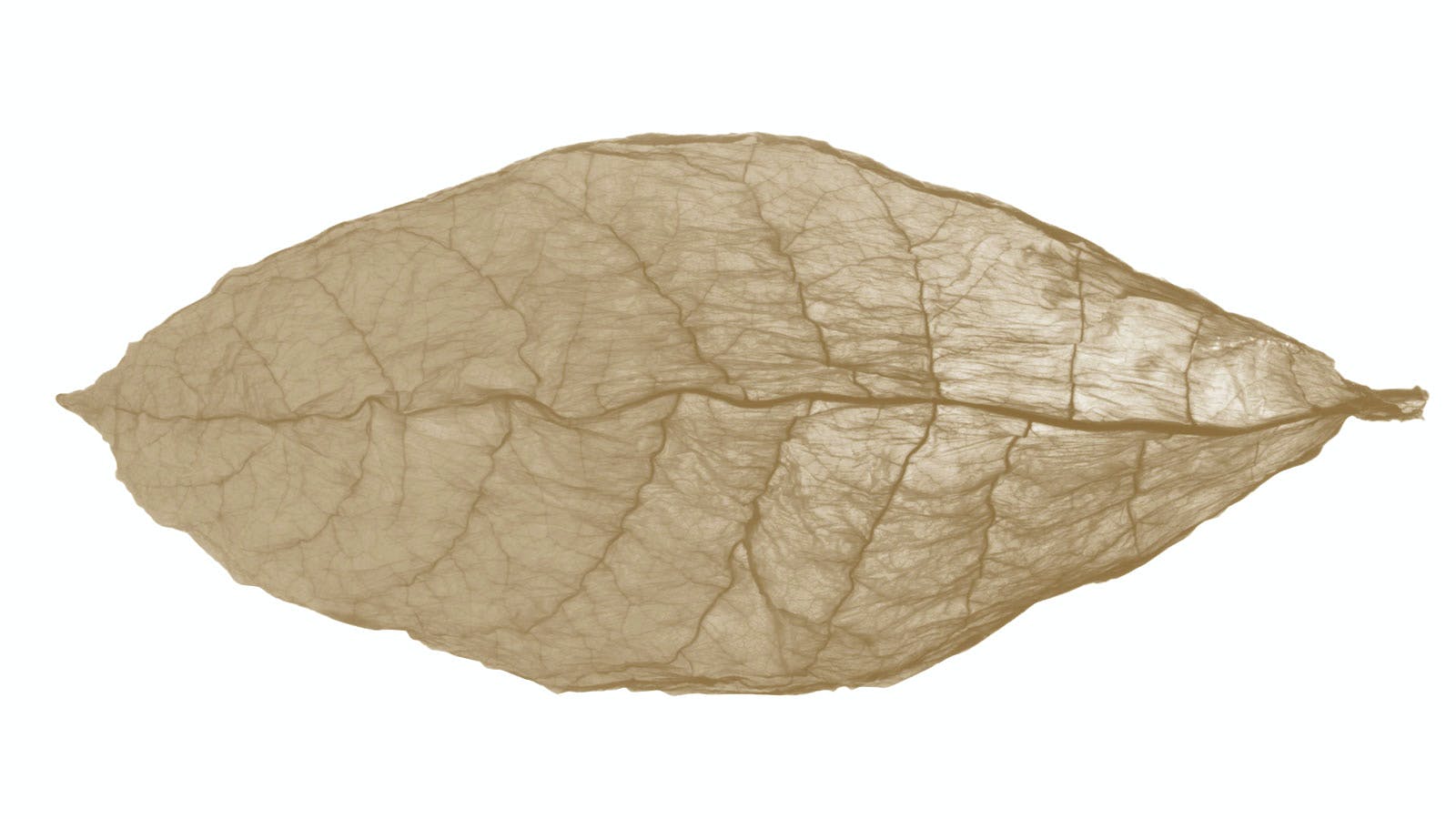 This wrapper is light green, a hue created by a quick-drying process using heat that locks in the green chlorophyll of the tobacco. Years ago, this wrapper was tremendously popular in the United States, and it was a point of amusement for Europeans. 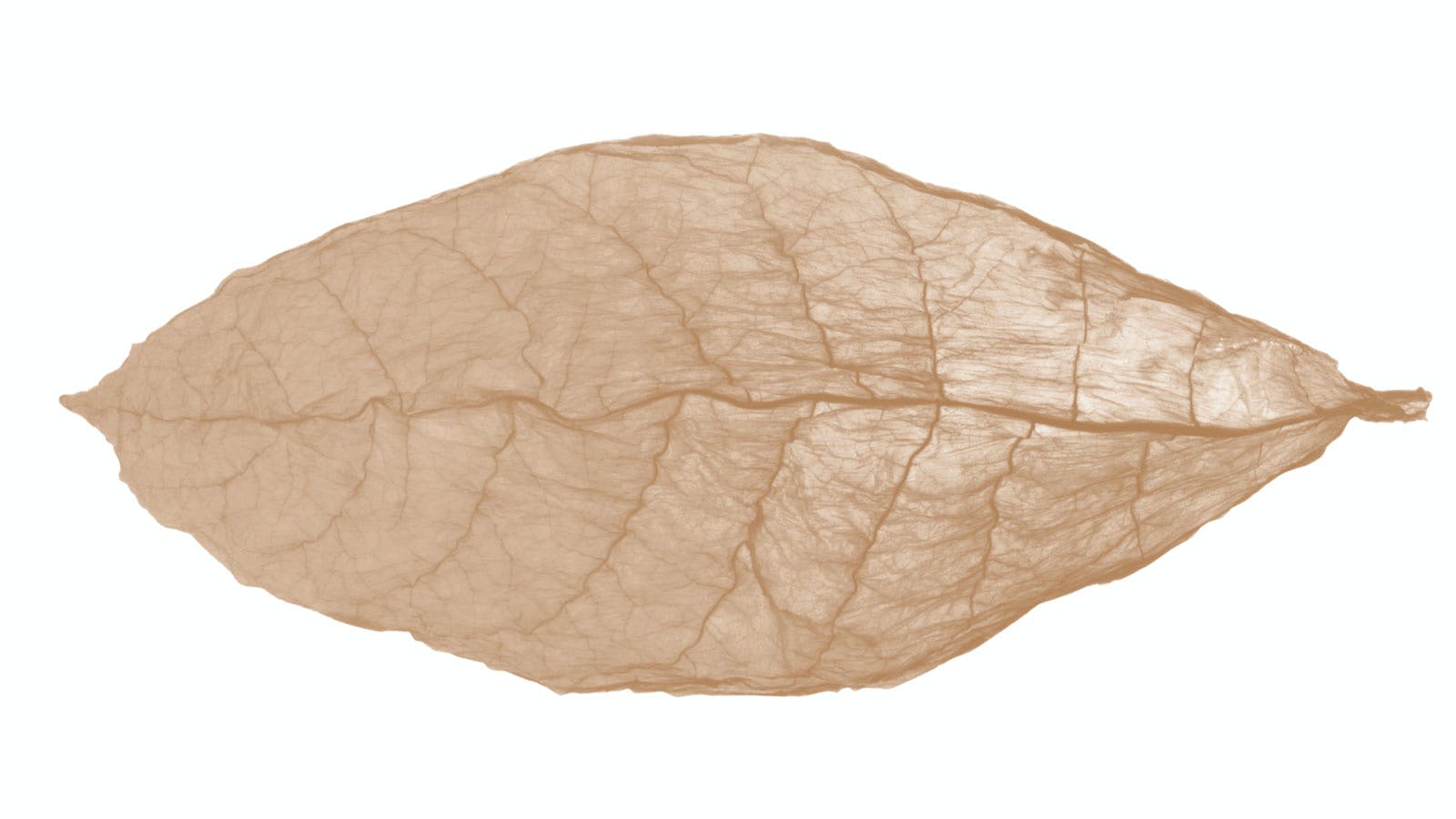 A light tan color, most commonly achieved by growing in shade under cheesecloth tents, picking the plants early and air-drying the leaves. Flavorwise, these wrappers have little to offer, and allow the flavors of the filler tobaccos to dominate the taste of the cigar. 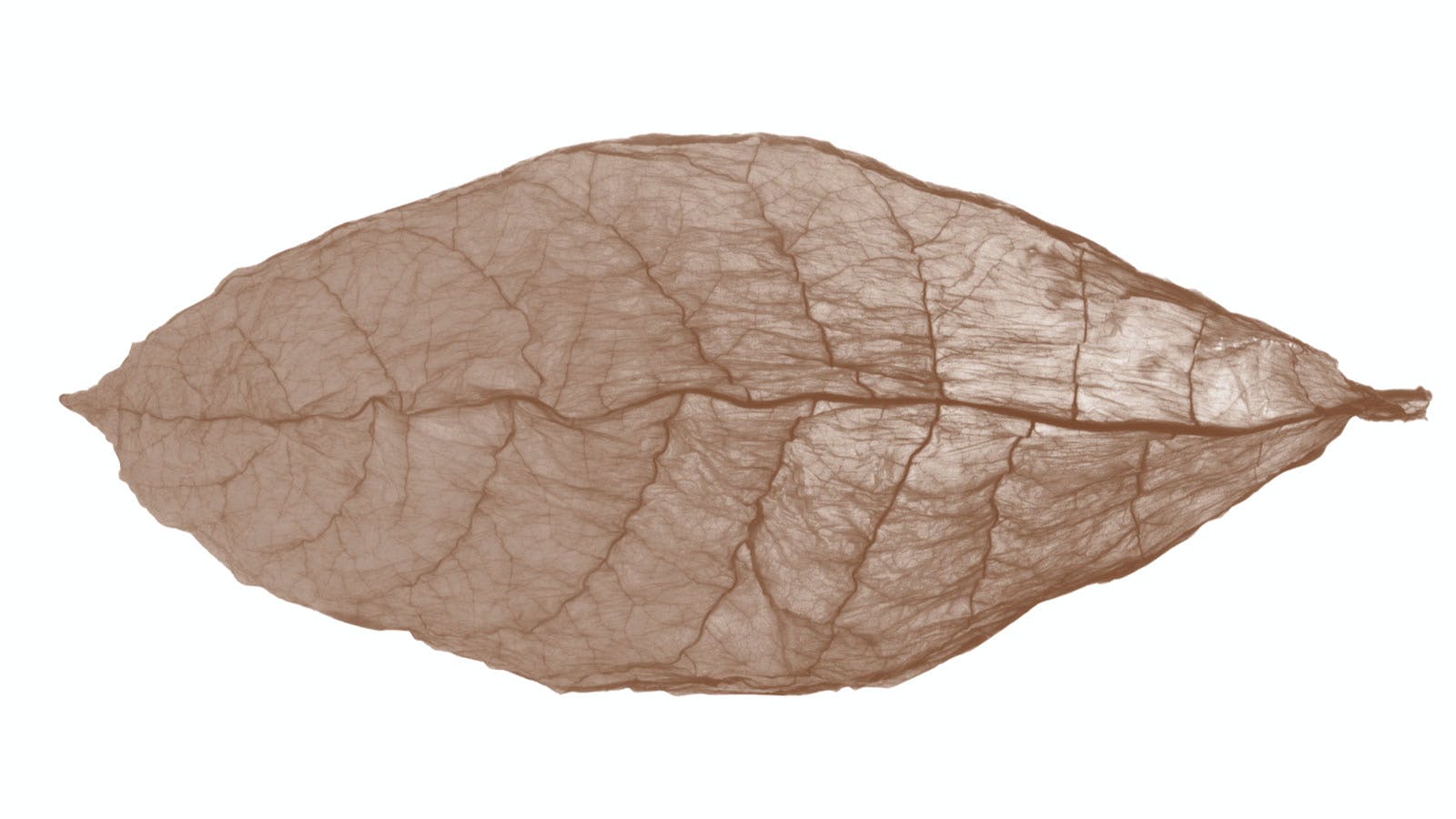 Light reddish-brown; often grown in direct sunlight, and given longer to mature before picking. 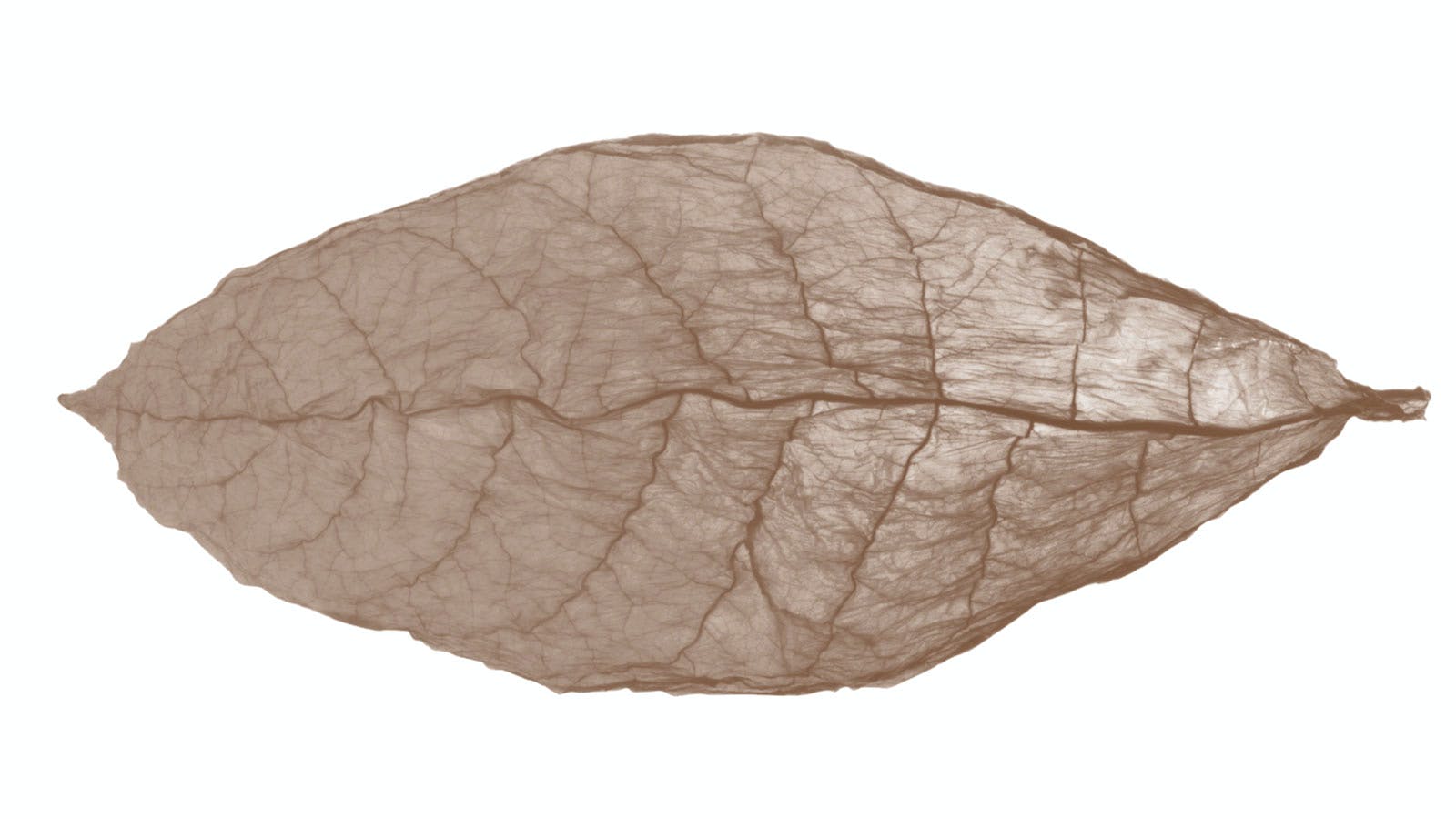 The center of the color scale. These cigars are medium-brown to brownish-red and full flavored, though soft and subtle in their aroma. These wrappers are often shade grown. 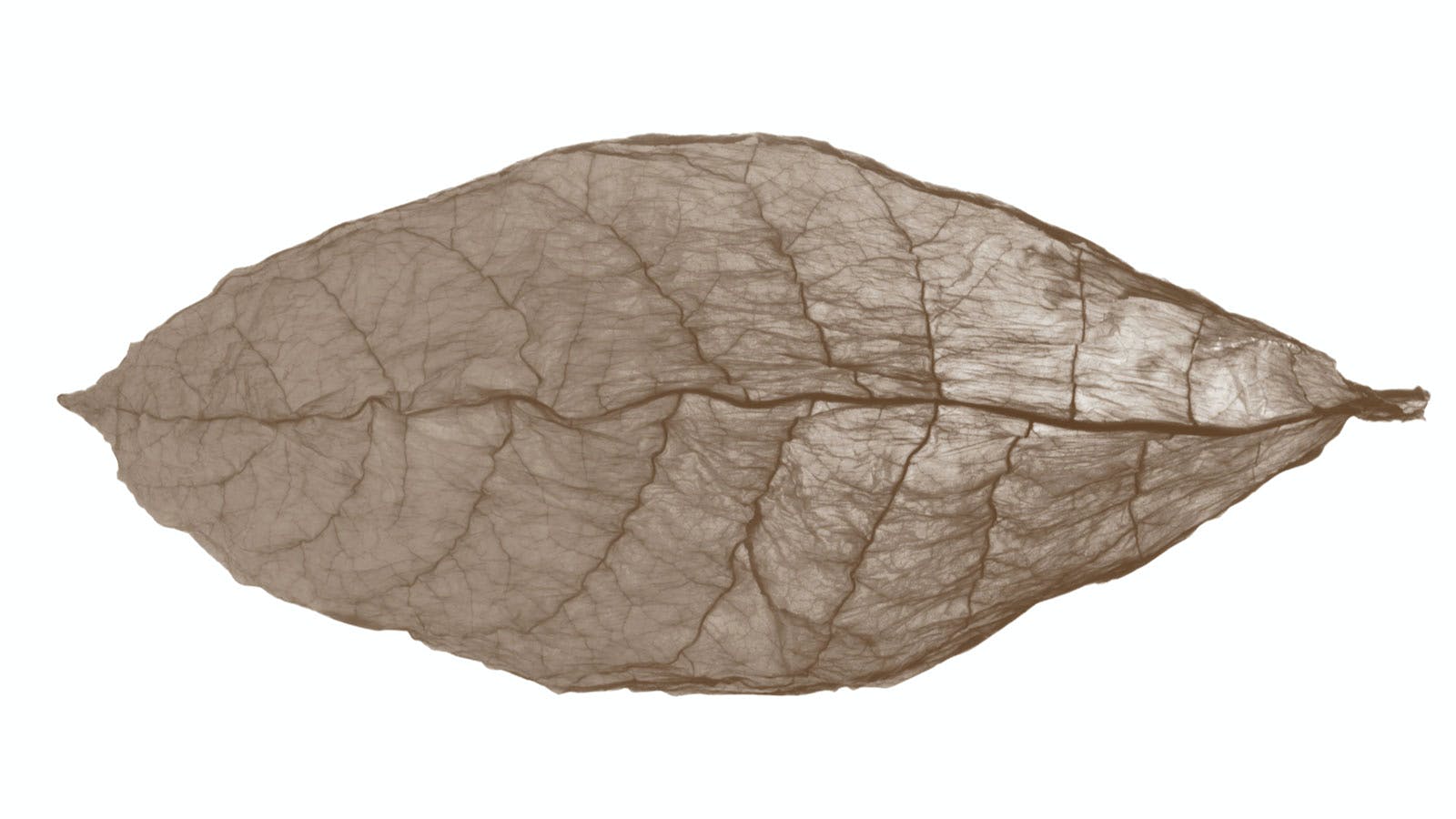 Darker than colorado, lighter than maduro. 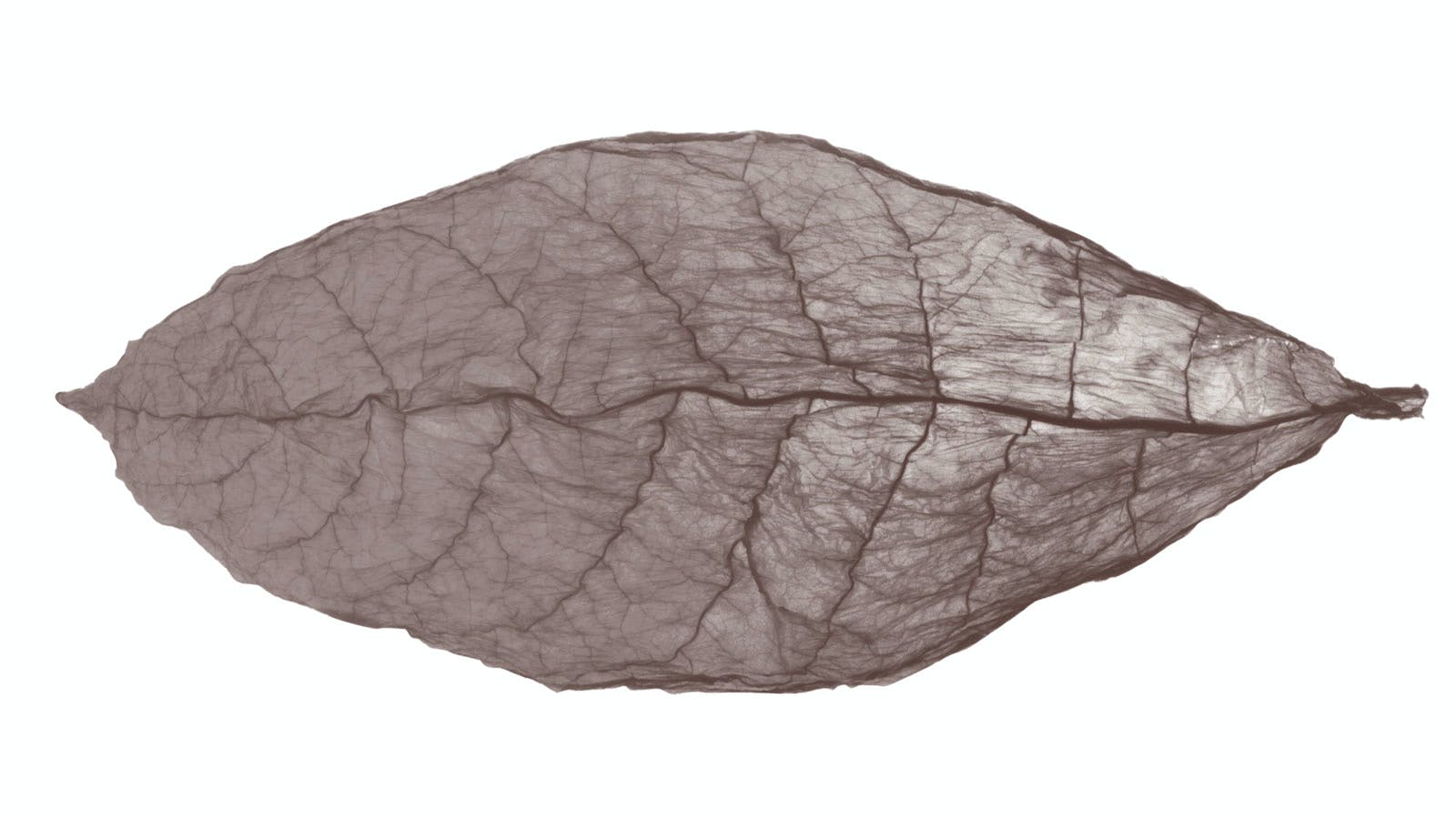 This shade can vary from a deep reddish-brown to almost black. Maduro means "mature" in Spanish, which refers to longer time needed to cure this color wrapper than wrappers that are lighter. For maduros, leaves are either toasted in a pressure chamber or fermented longer in above-average heat. A maduro wrapper lends significant flavor to a cigar: it tends to be mild in aroma, but to have robust, almost sweet flavor. 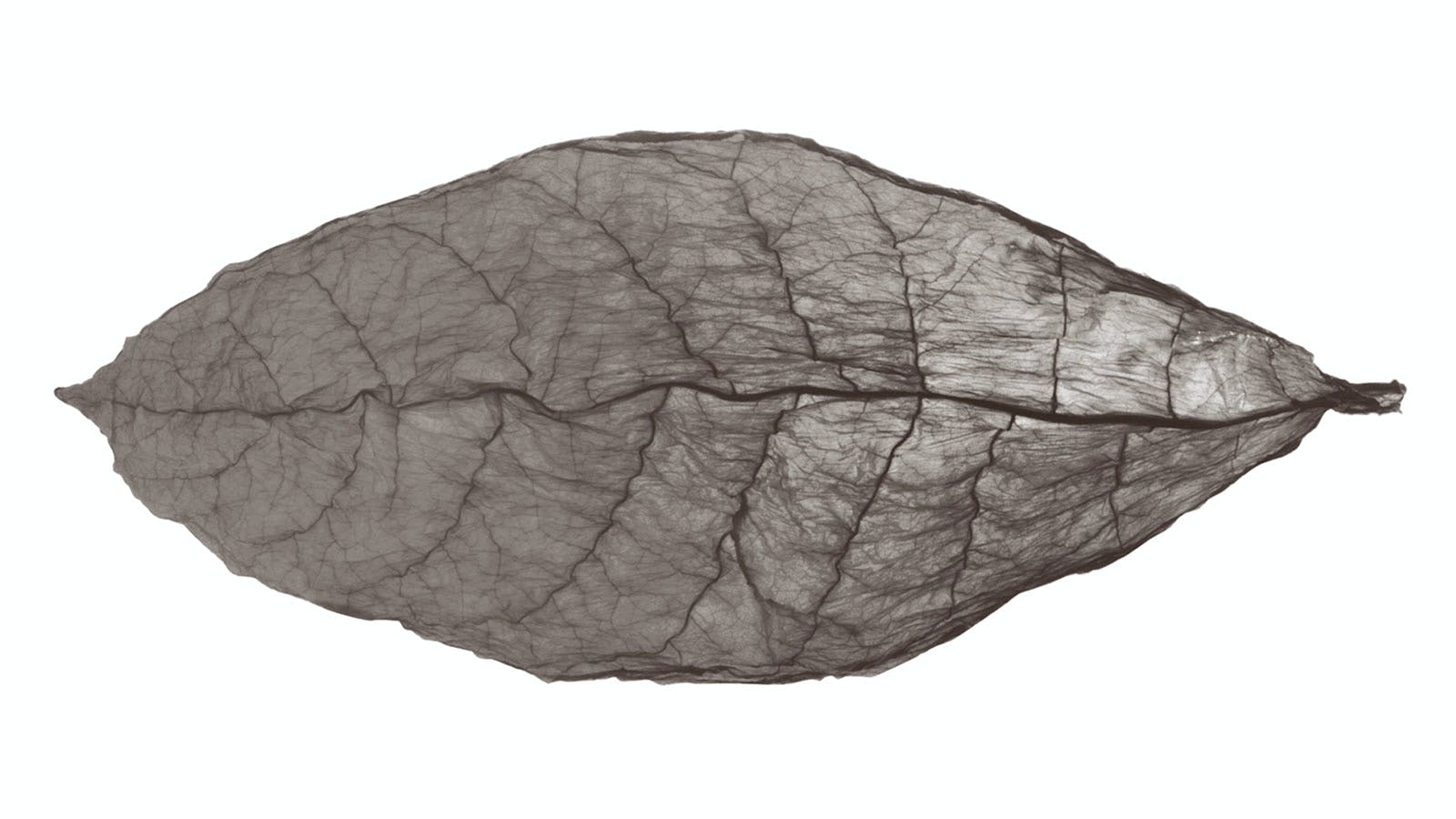 This black-as-night wrapper shade is achieved by leaving the leaves on the plant as long as possible, by using only the leaves from the top of the plant, and by fermenting them for an especially long time. Most often Brazilian or Mexican in origin, oscuro wrappers are often very rough, a result of the extra fermentation. This category is sometimes referred to as "black," "negro" or "double maduro."

Read Next: 10 Things Every Cigar Smoker Should Know

More in Getting Started

From seed to shelf, from filler to binder to wrapper, these are the 10 things every cigar aficionado …

How To Cut A Cigar

An improper cut can ruin a good smoke. Follow along with this primer to learn the best method to cut …

How To Light A Cigar

How To Ash A Cigar

Ashing a cigar may seem simple, but there is a right way to do it.