Share
Ernesto Perez-Carrillo and his daughter Lissette with their plaque commemorating winning Cigar of the Year. The audience at Big Smoke Meets WhiskyFest paired their cigar with the No. 1 Whisky of 2020.

It’s one thing to buy Cigar Aficionado’s Cigar of the Year and smoke it with Whisky Advocate’s Whisky of the Year. Anyone who lives near a good cigar shop and wine and spirits store can do the pairing (so long as they can find the items in stock). But it’s something else entirely when the makers of the No. 1 cigar and the No. 1 whisky are both in the room to guide you through such a sublimely synergistic experience. That’s precisely what happened at the final presentation of the Big Smoke Meets WhiskyFest seminars.

Those who made it out to the Seminole Hard Rock Hotel & Casino lit up the E.P. Carrillo Pledge Prequel (98 points, Cigar Aficionado) with an introduction by cigarmaker Ernesto Perez-Carrillo before drinking the Larceny Barrel Proof, Batch 520 (95 points, Whisky Advocate) along with Conor O’Driscoll, master distiller of Heaven Hill Distillery in Kentucky. 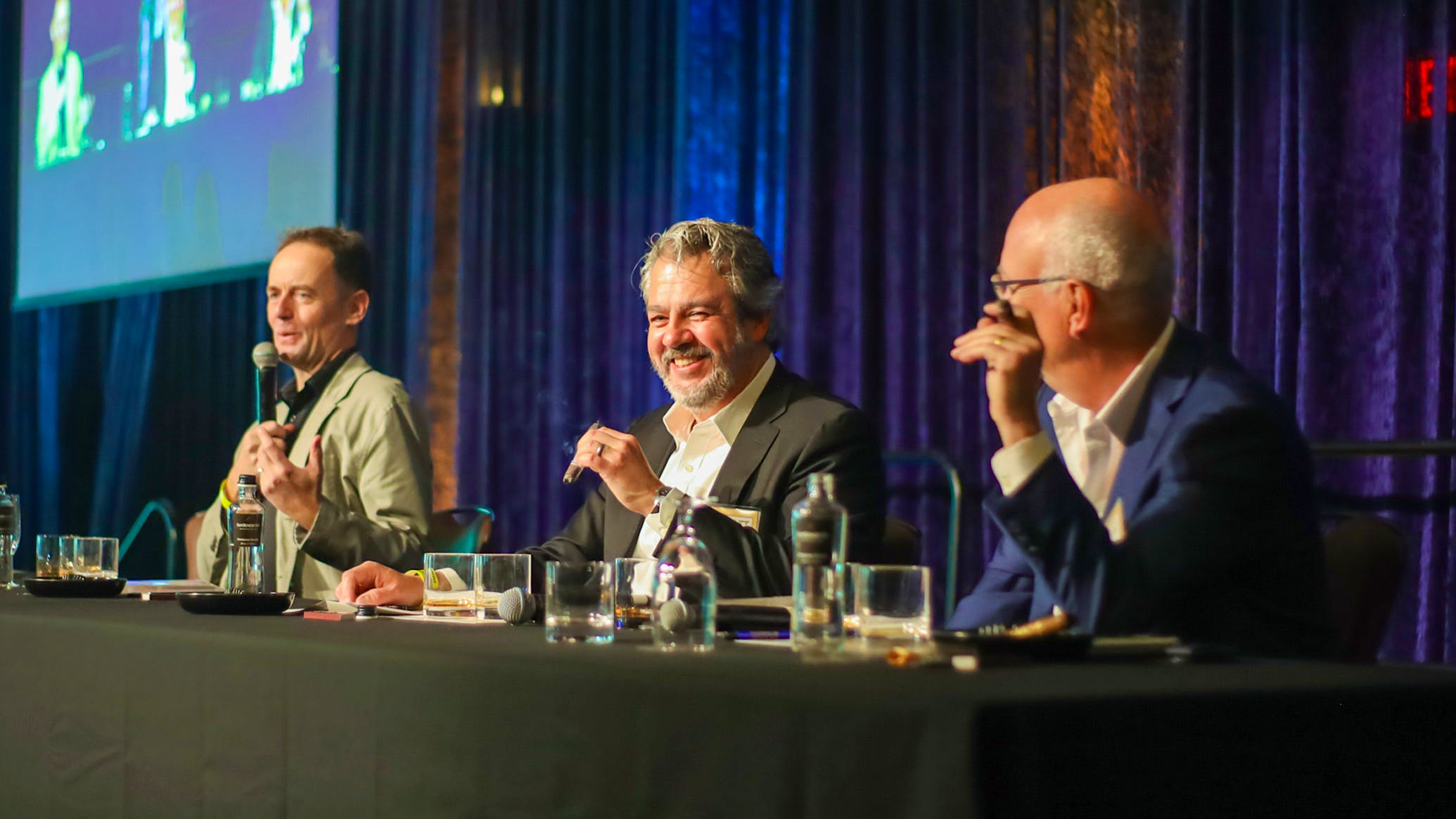 Conor O'Driscoll, master distiller of Heaven Hill, with David Savona and Gordon Mott. O'Driscoll led the seminar crowd through a tasting of two of his whiskies, including Whisky Advocate's Whisky of the Year, Larceny Barrel Proof.

As a two-time Cigar of the Year winner, and a 50-year veteran of the industry, Perez-Carrillo approached the podium humbly, with nothing left to prove, and introduced his smoke, a box-pressed robusto made in the Dominican Republic with Nicaraguan filler, an Ecuadoran binder and a dark, Connecticut Habano wrapper. As he approached the stage, he was surprised with an unexpected presentation: Cigar Aficionado executive editor David Savona handed Perez-Carrillo a plaque honoring his Cigar of the Year win, which Perez-Carrillo accepted to the applause of the crowd.

“There are so many great cigars out there, it’s a double honor to win this award again,” he said. “When you drink a fine whisky or Bourbon, there’s a certain taste and aroma, and when I blended the cigar I wanted to go back to that sensation. And I wanted to get those warm flavors that you feel in your chest. You get to the point where you say: I’m in heaven.”

Whether the use of the word “heaven” was intentional or not, it was the perfect segue to the spirits, which come straight from the barrels of Heaven Hill Distilleries. O’Driscoll took the stage and was joined by Savona and Cigar Aficionado senior contributing editor Gordon Mott. 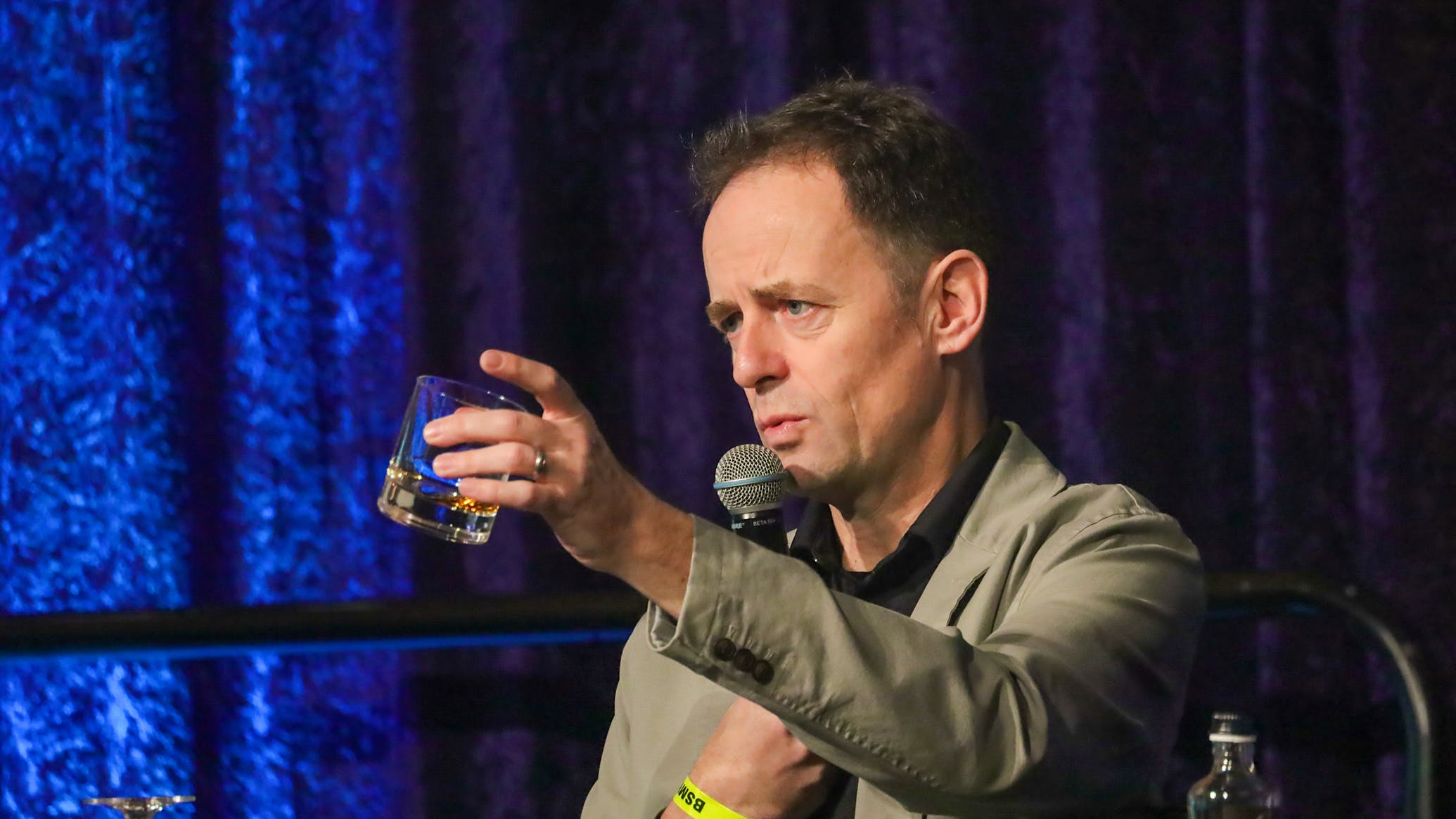 “Sláinte.” O'Driscoll toasts the packed audience prior to answering questions from the crowd.

“We make enough whisky to fill 1,500 barrels every day of the week,” O’Driscoll said in an Irish accent, adding that Heaven Hill is the last large independently owned whisky manufacturer, and “probably the world’s largest Bourbon distillery.”

But the spirits of Saturday morning were craft products rather than mass-produced commodities, and no one in the room seemed to mind drinking whisky before lunchtime. They started with the Elijah Craig Straight Rye (94 points, Whisky Advocate), an extra-aged, straight rye made with a Kentucky style mashbill and 51 percent rye content intended to balance the spiciness of rye grains with the sweetness of corn. While this wasn’t the 2020 Whisky of the Year—it was ranked No. 7—first sips were a bracing intro to the first puffs of the Pledge Prequel.

“Smoke and char notes from the barrel and the spice rye is a nice pairing,” O’Driscoll observed. “You want balance. Too much smoke or too much age makes it discordant and unbalanced. Here, everything is in balance and in concert with everything else.” 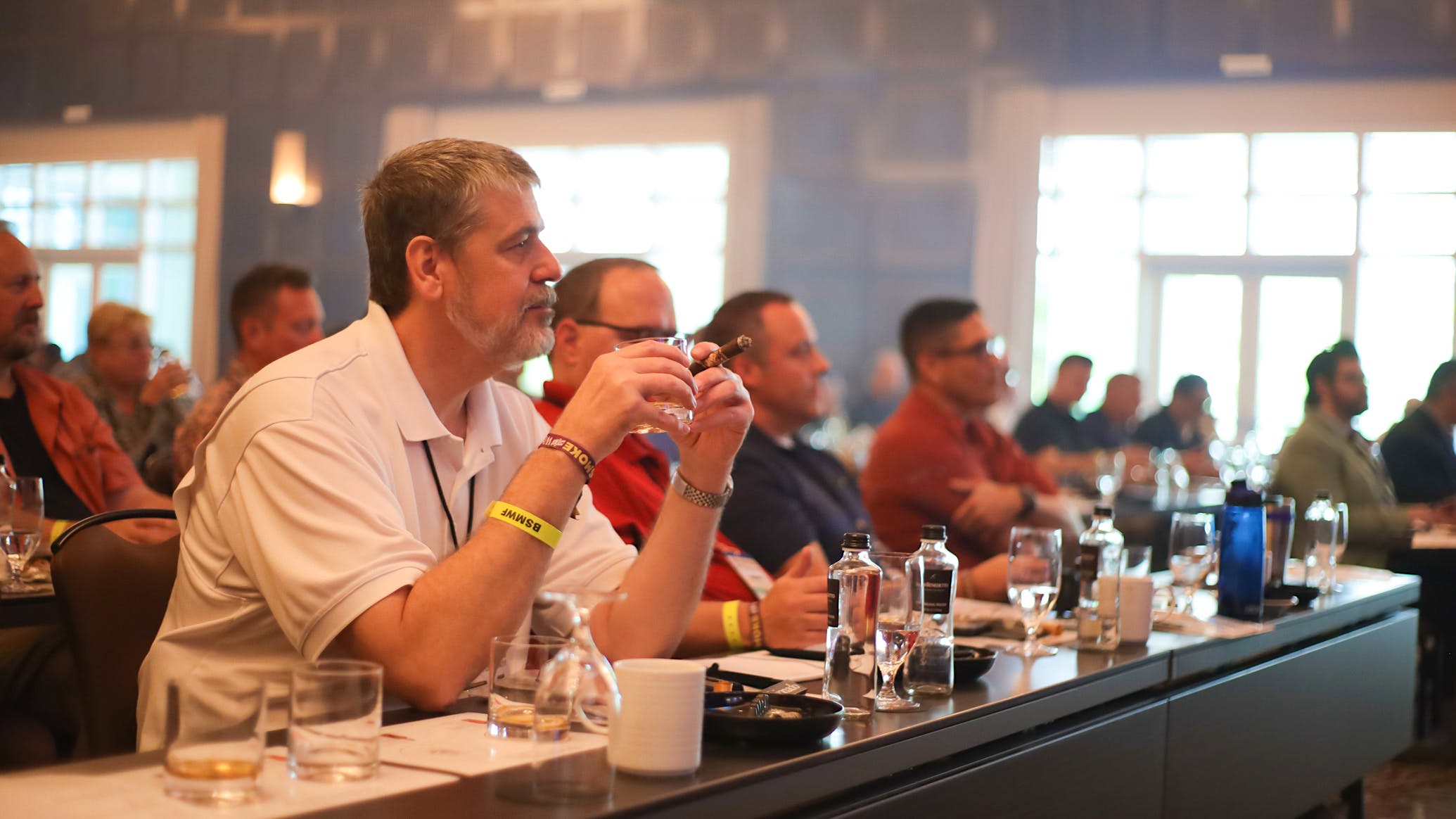 Mott and Savona agreed that there was a woody, spicy synergy between the cigar and the first drink of the day, however it was the Larceny Barrel Proof that showed its rich, complex layers of toasted bread, maple, baking spices and hazelnut. And it was immediately obvious why this was the Whisky of the Year. Made in small batches, the wheated Bourbon, known as a “wheater,” turned out to be a perfect liquid analogue to the Pledge Prequel.

“It’s 122 proof, but there’s no burn,” O’Driscoll said, noting its round mouthfeel, long finish of toasted rye and the lingering warmth that Perez-Carrillo mentioned at the beginning of the seminar. 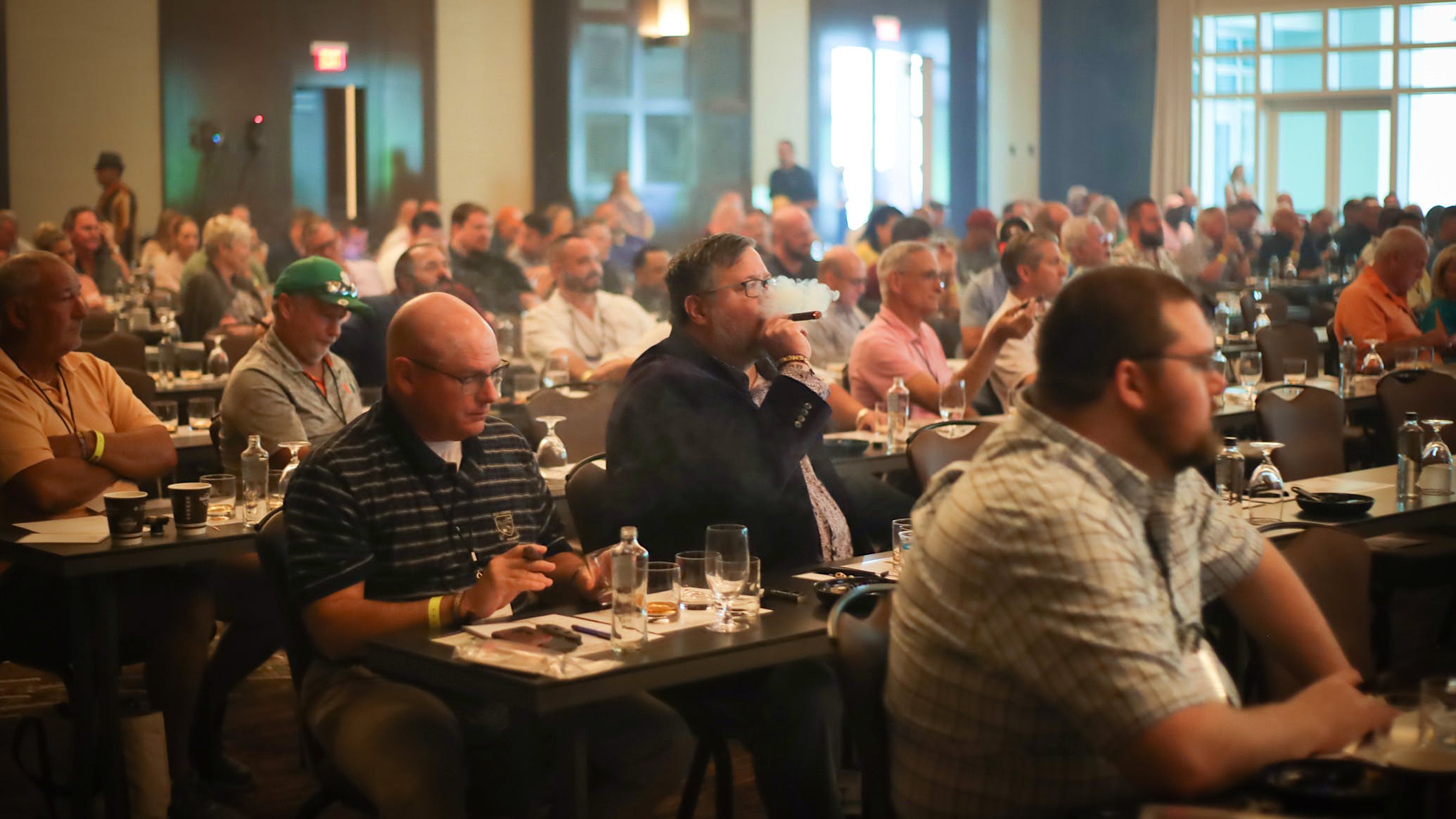 The Cigar of the Year goes up in smoke with two excellent whiskeys.

That particular cigar and that particular Bourbon seemed destined for each other—one aged in barrels and the other aged in tobacco bales until their inevitable union here on this platform.

After taking questions from the audience, O’Driscoll closed the seminar with a mantra that applies to both the spirits and the cigar industry.