The U.N. General Assembly might be over, but that hasn’t stopped Pacific Cigar Co. Ltd. from continuing to celebrate diplomacy. Pacific Cigar, the Habanos distributor for the Asia Pacific region, has released three limited-edition ceramic jars created to mark 60 years of diplomatic relations between Cuba and three Asian nations—China, Cambodia and Vietnam. Each country is represented with its own jar and each jar contains different cigars.

This wouldn’t be the first time that Pacific Cigar memorialized diplomatic relations with a ceramic jar. The regional distributor released a similar jar of Bolivars in 2011 to mark 50 years of Chinese-Cuban relations. Technically, the company was a little late with that presentation, but this year the release is on time. Only 1,000 jars of each were produced, totaling 3,000 units. Each jar holds 25 cigars, for a total run of 75,000 cigars. 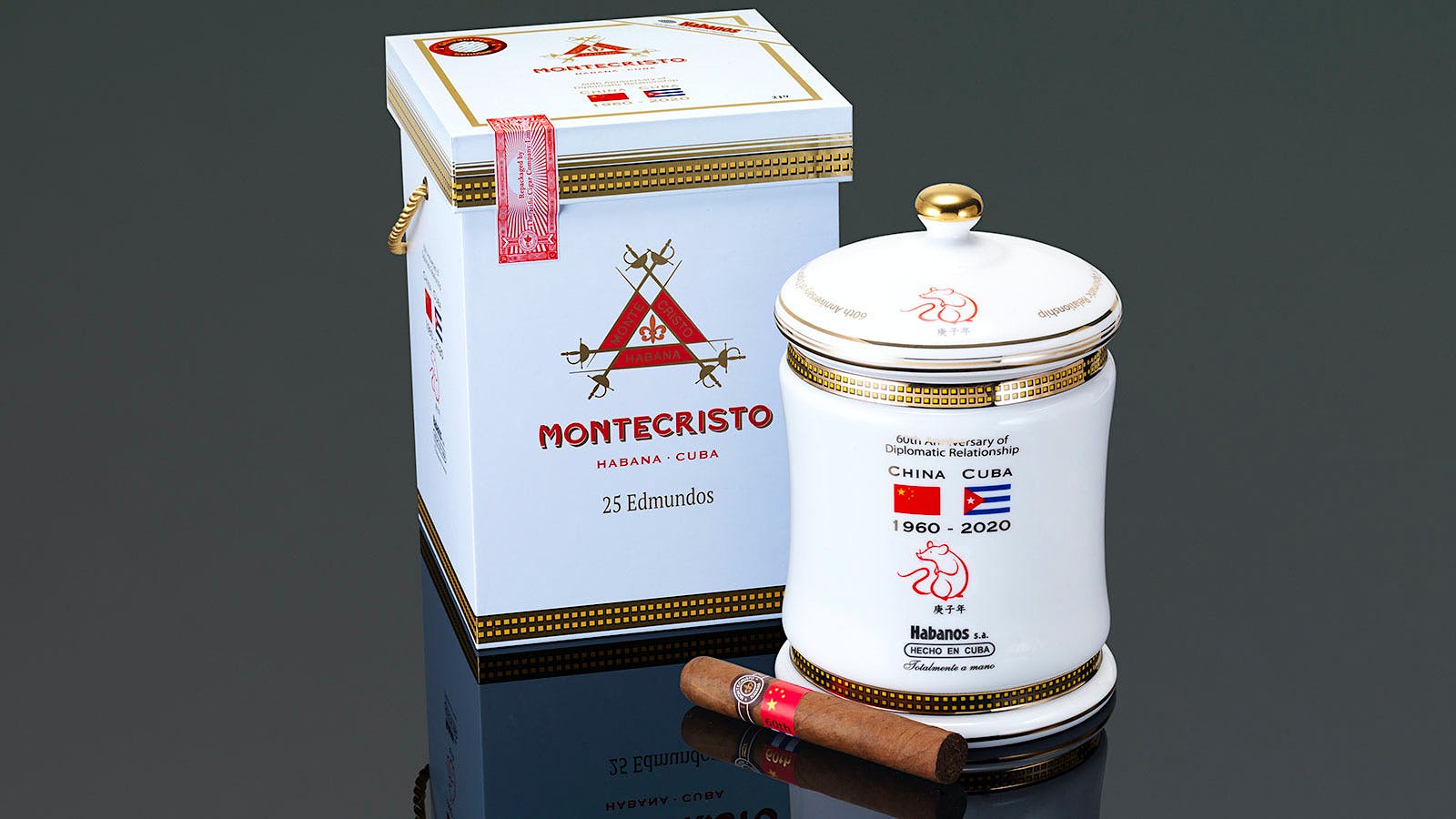 Filled with 25 Montecristo Edmundos, this jar commemorates diplomacy between China and Cuba, which has been strong since September of 1960, and retails for HK$10,200 (about $1,316). 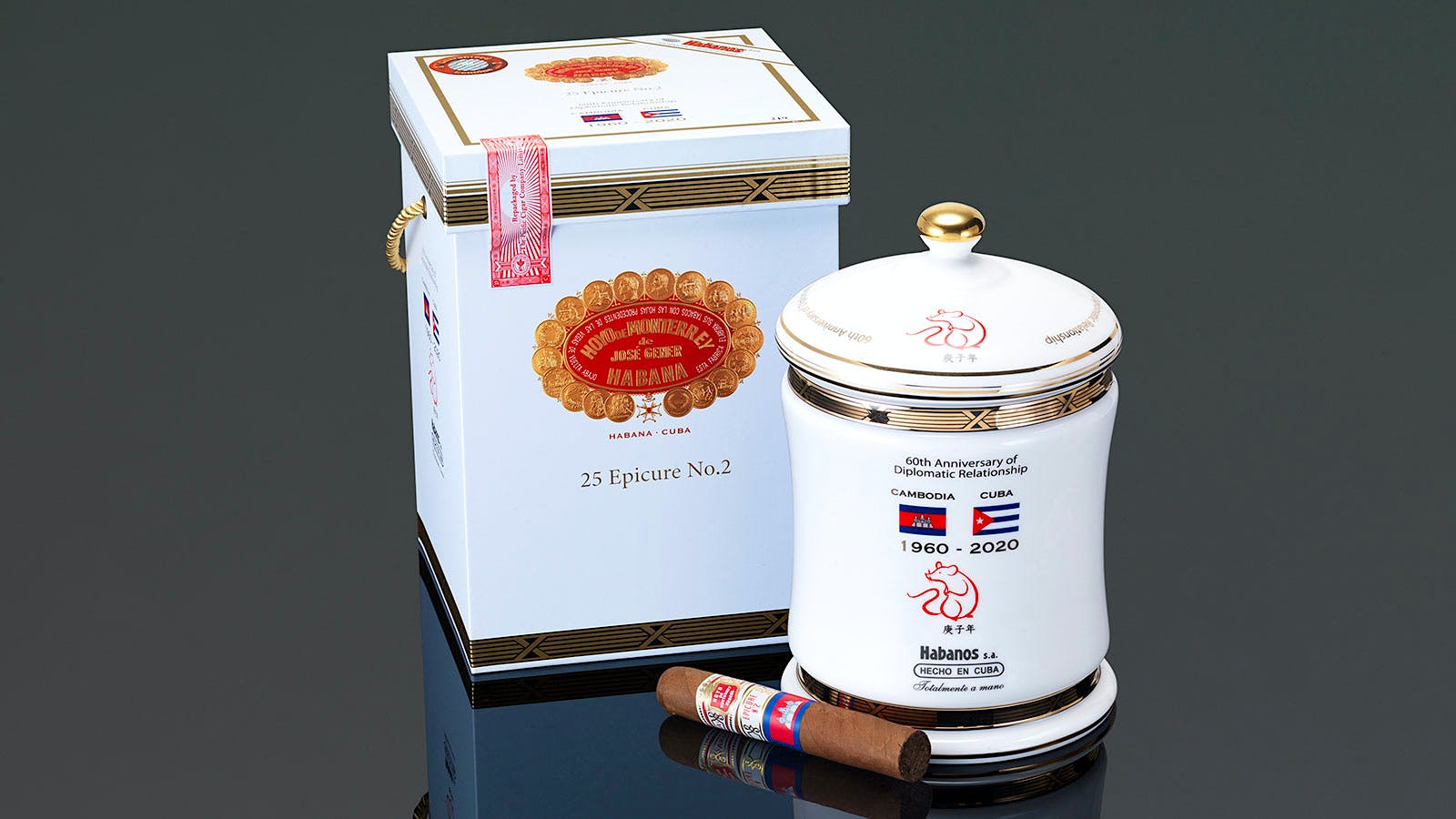 Cambodia-Cuba relations were established in April of 1960, and are represented with a jar of 25 Hoyo de Monterrey Epicure No. 2 cigars. It has a suggested retail price of HK$9,300 (about $1,200). 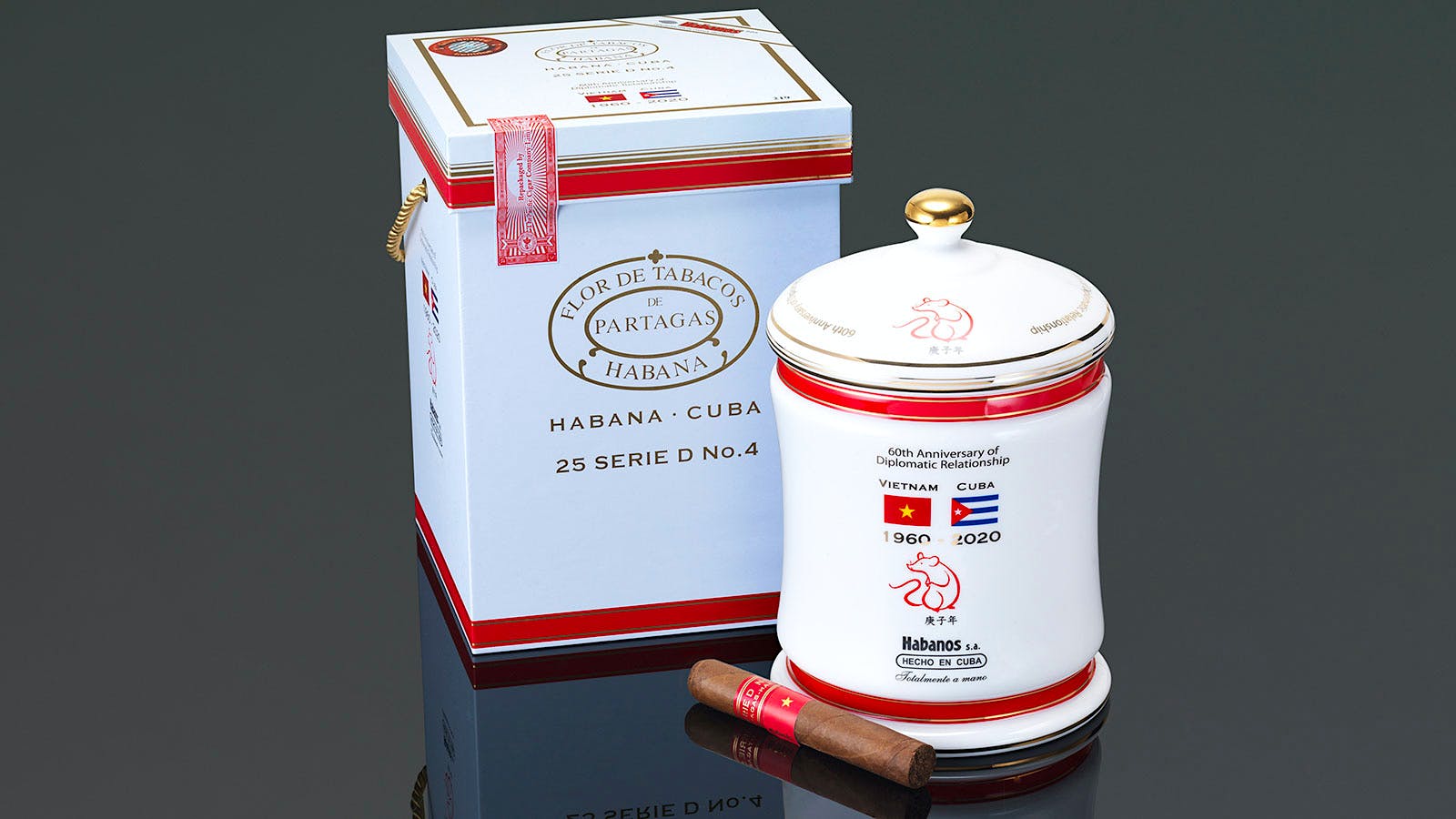 In December of 1960, Cuba became the first country in the Western Hemisphere to have a diplomatic bond with Vietnam. A jar of 25 Partagás Serie D No. 4 robustos marks the occasion and retails for HK$9,700 (about $1,250).
Cuba Hoyo de Monterrey Montecristo Partagas Habanos S.A.