Inspiration is unpredictable as it can come at any time from anywhere—even a song. That was the case with Tres Delincuentes, the newest cigar brand from Swiss company Cavalier Genéve. The cigars will be on display at next month’s TPE trade show in Las Vegas and retailers can expect them to begin shipping shortly afterward.

Inspiration for Tres Delincuentes hit when company founders Sébastien and Eylin Decoppet, and sales director Brian Motola were driving back together to Cavalier Genèves’ factory in Honduras after a morning in the tobacco fields. As they talked, a song called “Tres Delincuentes” came onto the radio.

“The three of us immediately looked at each other and realized ‘this is it.’ After a moment laughing, we got back to the factory and immediately started plotting Tres Delincuentes together. It had to be a take on us three as individuals, representing what Cavalier can be, influenced by art and music,” said Sébastien Decoppet. 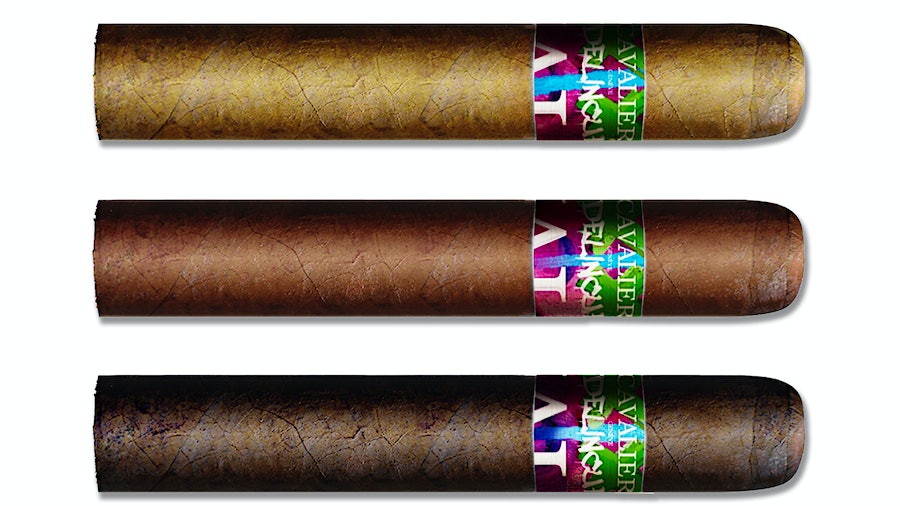 In the spirit of their unity as Tres Delincuentes (“three delinquents” in Spanish), the cigars ship in vividly painted cabinets of 24 cigars. Adorned on each lid is a painting of Sébastien, Eylin or Brian’s face.

Inside, all three Tres Delincuentes lines consist of the same tobaccos, but are distinguished by their wrappers. The Connecticut line (with Motola’s likeness on the box) is rolled with an Ecuador Connecticut wrapper while the Habano (depicted with Eylin) is wrapped in a leaf of Cuban-seed tobacco grown in Honduras. Covered in Mexican San Andrés, the Maduro sports an artistic rendering of Sébastien. The rest of the cigar consists of an Ecuador Habano binder with filler from Nicaragua, the Dominican Republic and Honduras.

Read Next: A Q&A With Cigar Veteran Eladio Diaz And Luis Torres of Freud Cigar Co.