Share
Cuban Davidoffs are highly coveted in the realm of vintage cigars. These rare Davidoff 80 Aniversarios are up for auction and are expected to command at least $2,500.

If you’re in the market for old Dunhills, Cuban Davidoffs or other holy grails of the vintage cigar market, C.Gars Ltd., the U.K.-based auction house and cigar retailer, is holding its third online auction of Covid-plagued 2020. And according to managing director Mitchell Orchant, this is the largest auction his company has ever held. At 831 lots, the auction is open until Tuesday, October 13.

“It's certainly the largest we have ever done by a long stretch,” Orchant said, adding that his auctions are normally less than half this size, around 330 lots. “It’s due, in part, to clients not being able to travel to the U.K. and asking us to sell their locker stock due to Coronavirus and the travel restrictions." 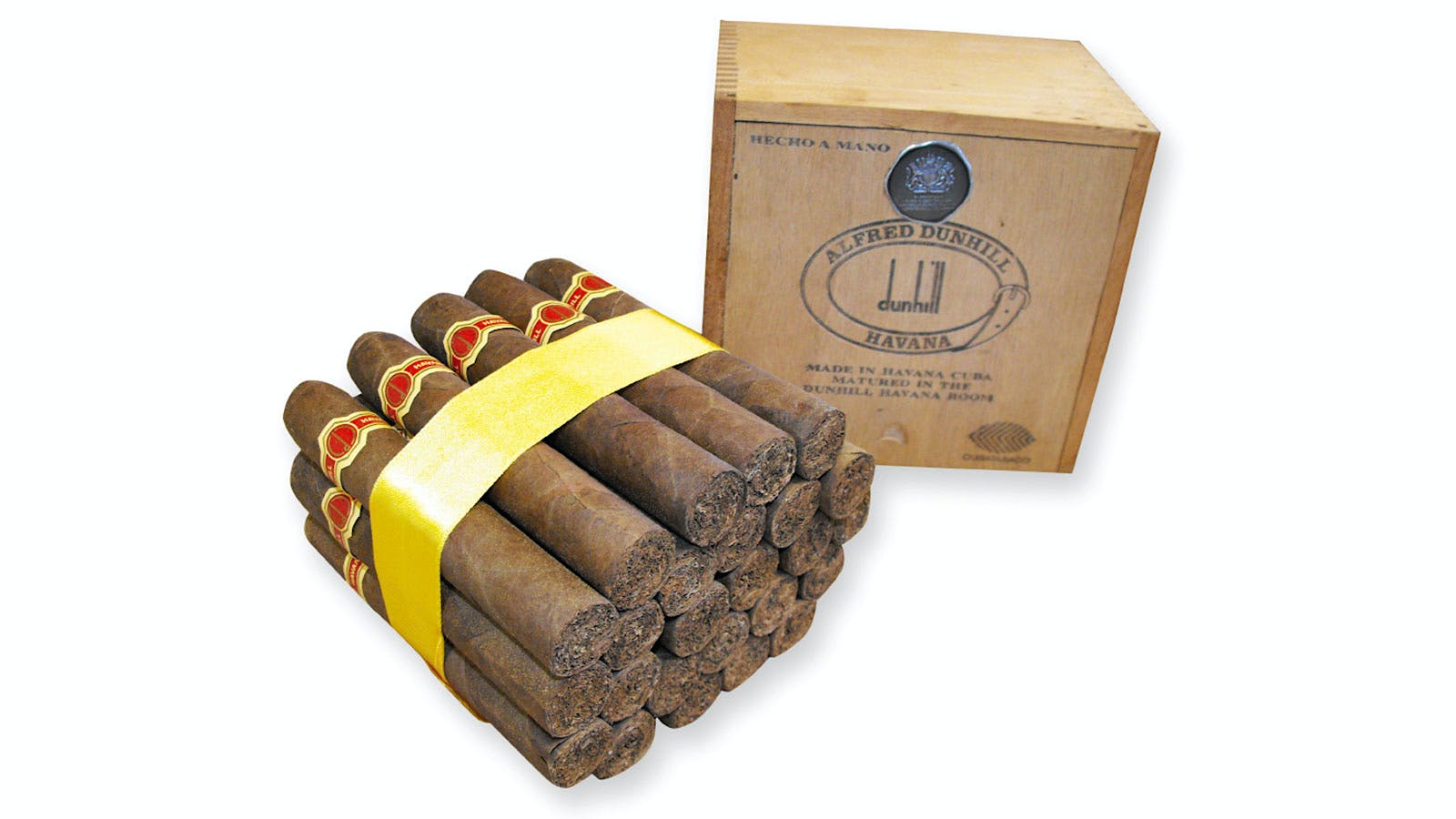 Full boxes of Cuban Dunhills like the Cabinettas shown here are some of the most sought-after cigars in the world and can sell for thousands of dollars.

The most interesting lots include 10 Davidoff 80 Aniversarios in the original box (from 1989), with an estimated sale price between $2,560 to $3,200. The 8 5/8 inch by 48 ring gauge smoke is considered one of the greatest cigars produced during Davidoff’s period in Cuba.

Seven Dunhill Estupendos from 1985 are also on the auction block. The 7 by 47 Churchill is considered one of the classics of the Dunhill line and achieved a perfect score of 100 points from Cigar Aficionado (Connoisseur’s Corner, December 2012). This partial, 10-count box is estimated to sell in the range of $3,242 to $3,891, which comes to $389 per cigar on the higher end of the estimate, but Estupendos have sold for as much as $1,000 per cigar. 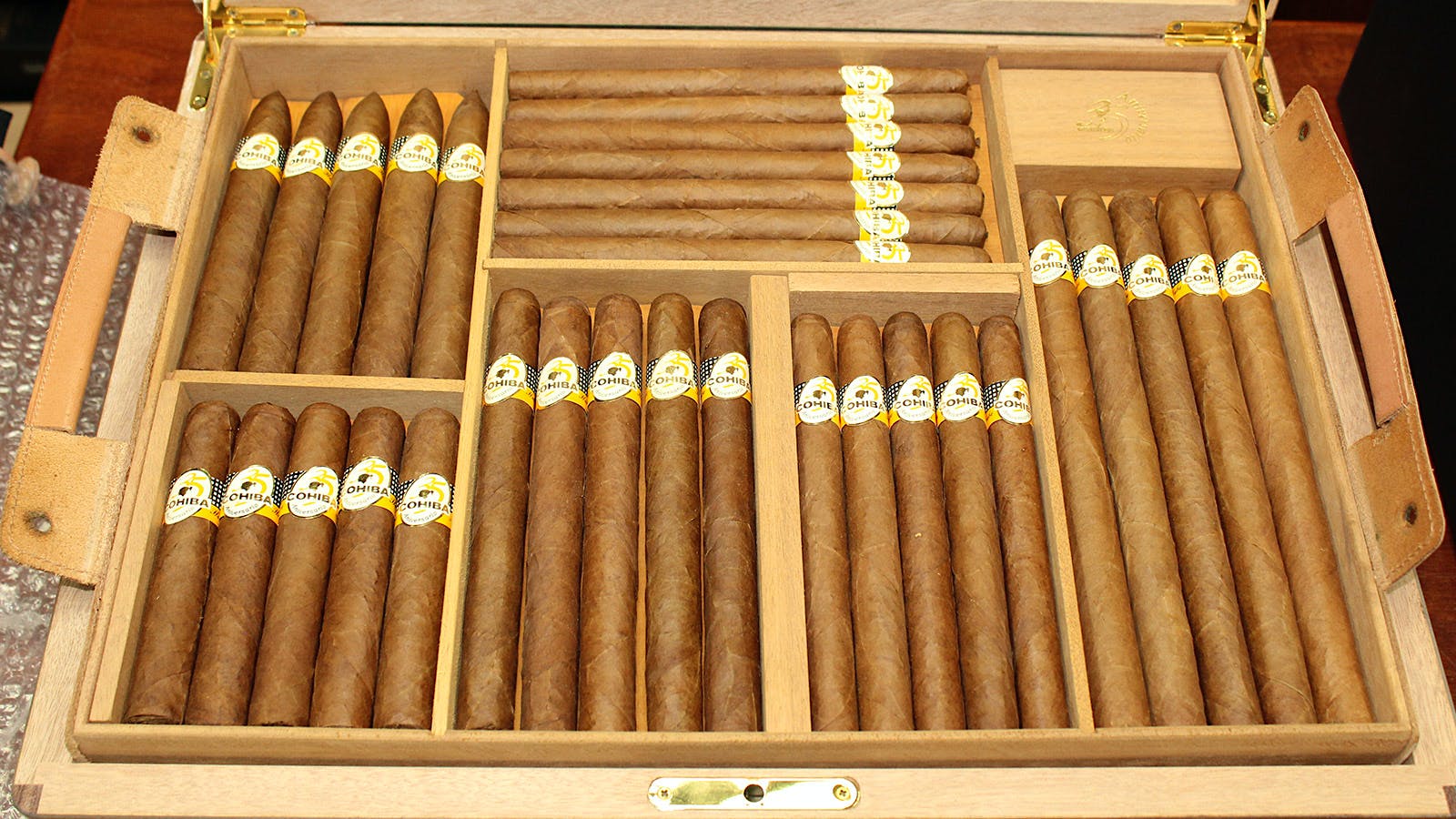 One of only 500 humidors, this presentation of 135 Cohiba cigars was released in 2001 to celebrate the brand's 35th anniversary.

Another one of the unusual offerings is a complete box of 25 Romeo y Julieta Clemenceaus, a 7 by 47 cigar that shares the same dimensions with the standard Romeo Churchill. The pre-sale estimate is between $3,200 to $4,480. This is a pre-Castro cigar, dating from the 1950s.

The entire auction lot line-up can be viewed at onlinecigarauctions.com.