I thought I was in a movie. Or maybe a historical film with the way Leopoldo Cintra González was shouting like a football coach from the front terrace of Club Habana. He’s the commercial vice president for Habanos. And for you history buffs, Club Habana was once the Havana Biltmore Yacht and Country Club before the Revolution.

On Monday night, it was the location for the opening party of the Habanos Festival, and the evening was dedicated to the Bolivar brand. It’s a great brand, dating back to the early 1900s, and one that’s traditionally been blended to be a bold cigar. Maybe that’s why González was so amped up while addressing the crowd. 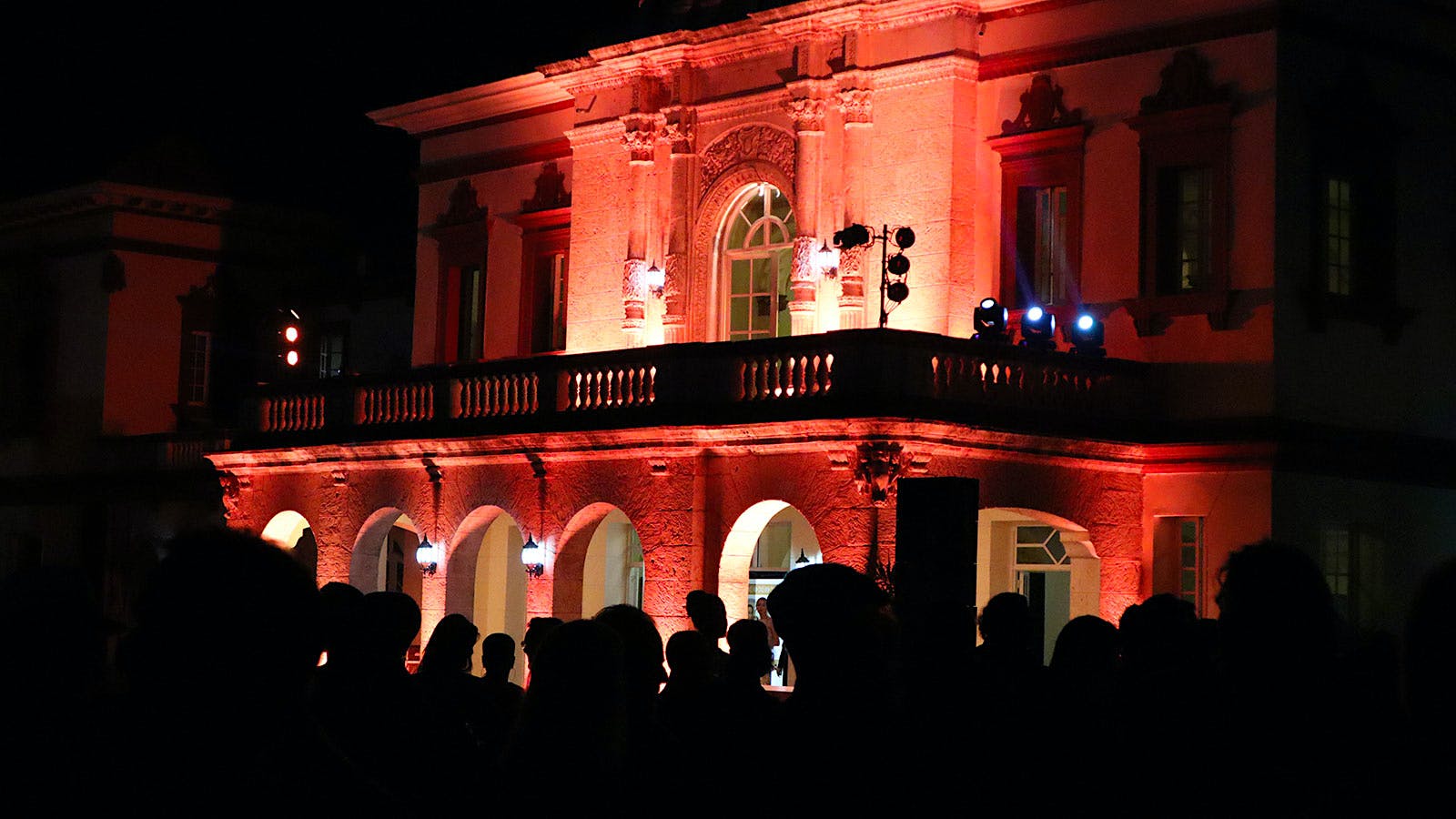 The dramatically lit facade of Club Habana during the cocktail hour

The cocktail party started in the front of the property where we were all handed two cigars—one Bolivar Royal Corona (the 2006 Cigar of the Year) and one Bolivar Libertador, which is a La Casa del Habano exclusive. 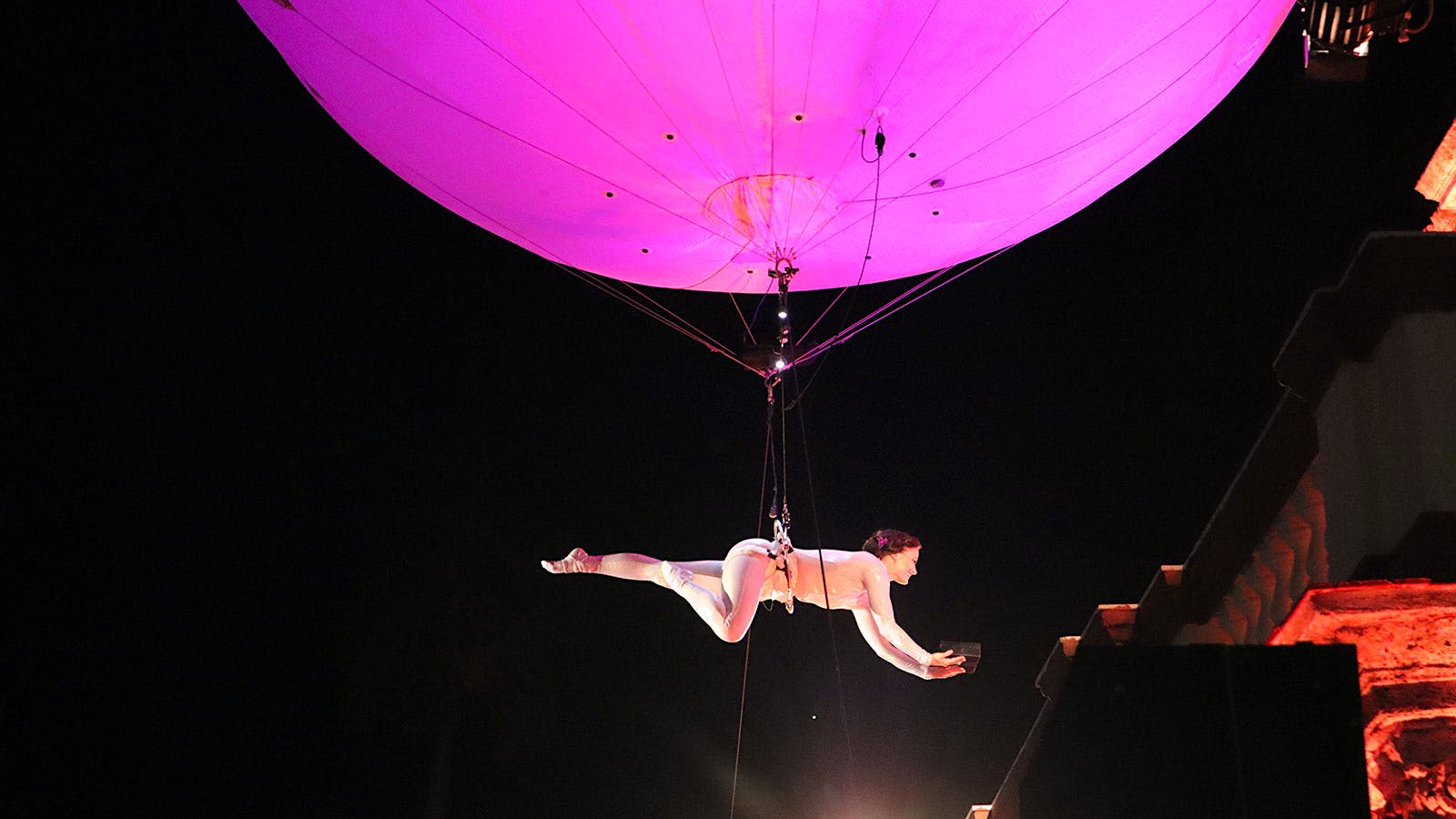 With a box of Bolivar Belicosos Finos Gran Reservas in her hands, the Bolivar Fairy floats over to the edge of the terrace and presents the cigars to the evening's host.

Habanos announced yesterday that it’s releasing the Bolivar Belicosos Finos as a Reserva Cosecha 2016, the first time a Bolivar has been made as a Reserva. That’s the big Bolivar news this year, but they already gave us our Bolivar Reservas in our swag bag when we registered. Probably for the best. Had we been handed the Reservas last night, most of us would have smoked them and regretted it later. These are cigars with great aging potential. 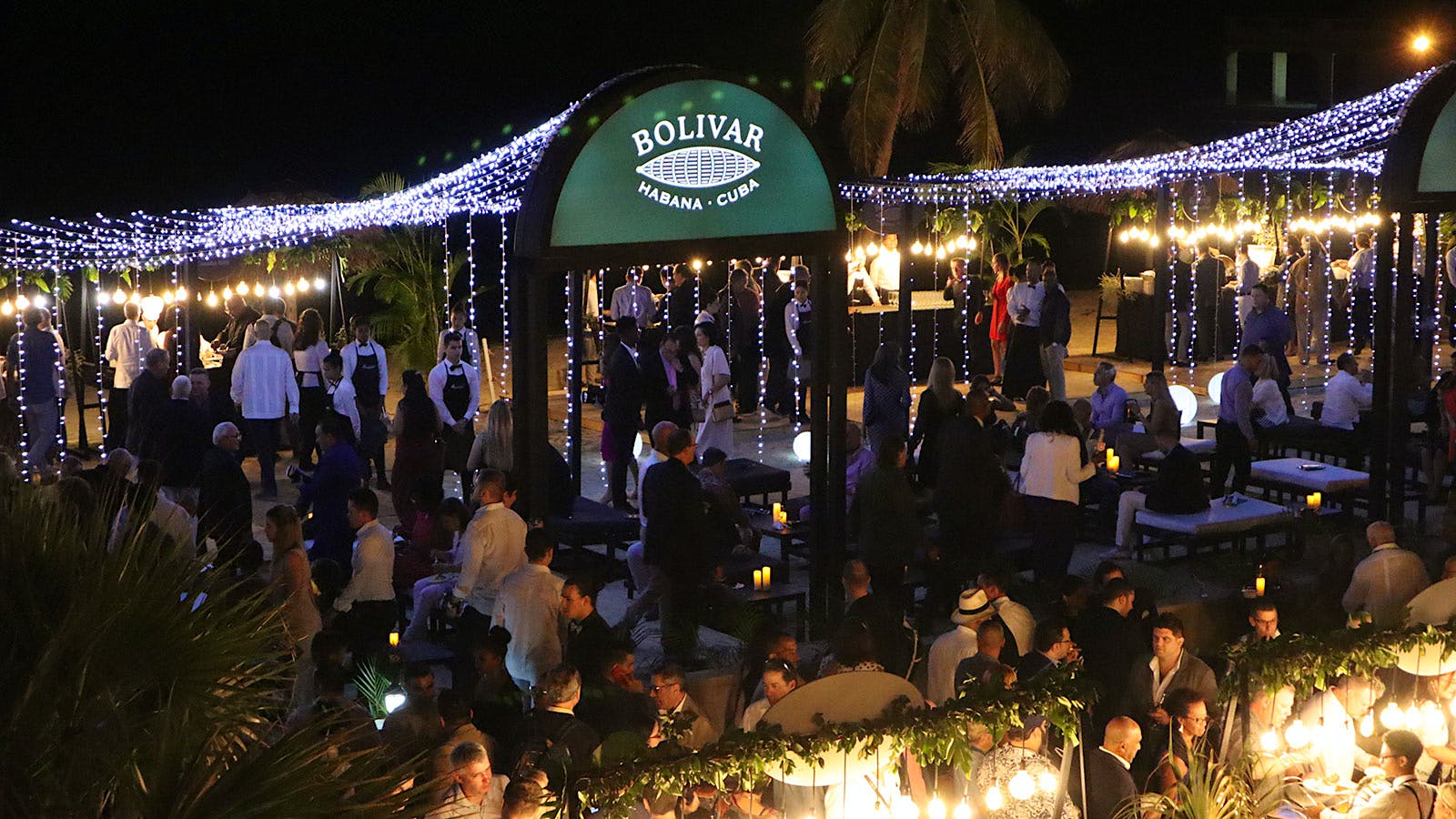 The party has begun. Retailers, distributors and enthusiasts from all over the world begin the night's smoky festivities.

The cocktail hour in the front of Club Habana was different this year. Yes, there was the usual lot of drink stations and socializing, and even a promotional video projected onto huge screens. The promo showed Bolivar as the “rising star” of the Habanos world, depicting the Bolivar brand portrait as a constellation and even jettisoning the cigar through hyperspace. It was a nice concept, but nothing compared to the aerial acrobat who floated over the cocktail party harnessed to a hot air balloon. Never saw that before. Not at a cigar party. She held a box of the Bolivar Belicosos Finos Reservas in her hands and gracefully drifted over to the terrace in order to deliver the box like some ethereal cigar fairy. 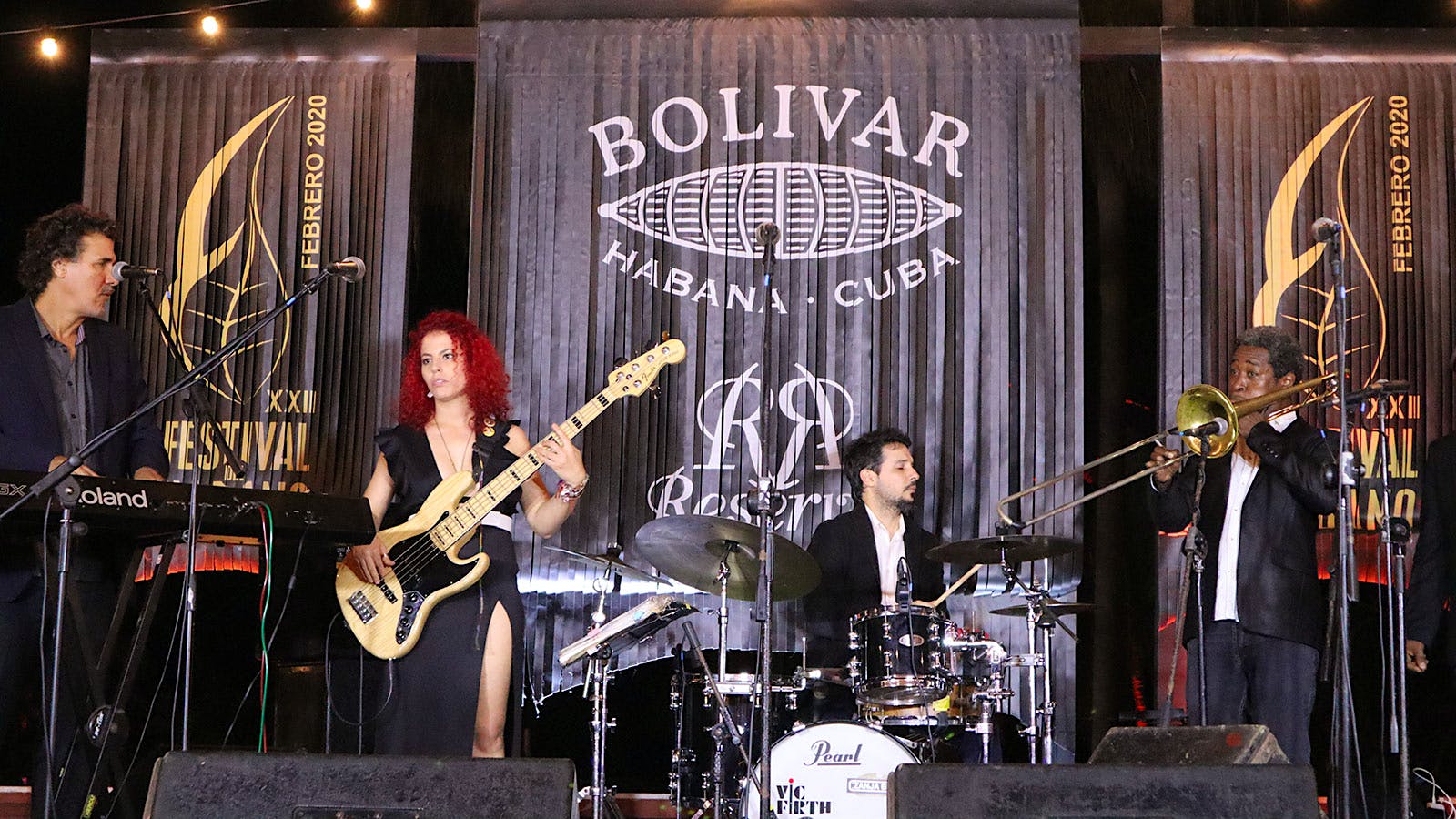 It isn't a party unless there's music. The band keeps things lively, producing the perfect soundtrack for the evening.

After the performance, the party moved to the back of Club Habana where the night became electric with live music, food, spirits, Cuban rum and some of the biggest players on the international cigar scene. 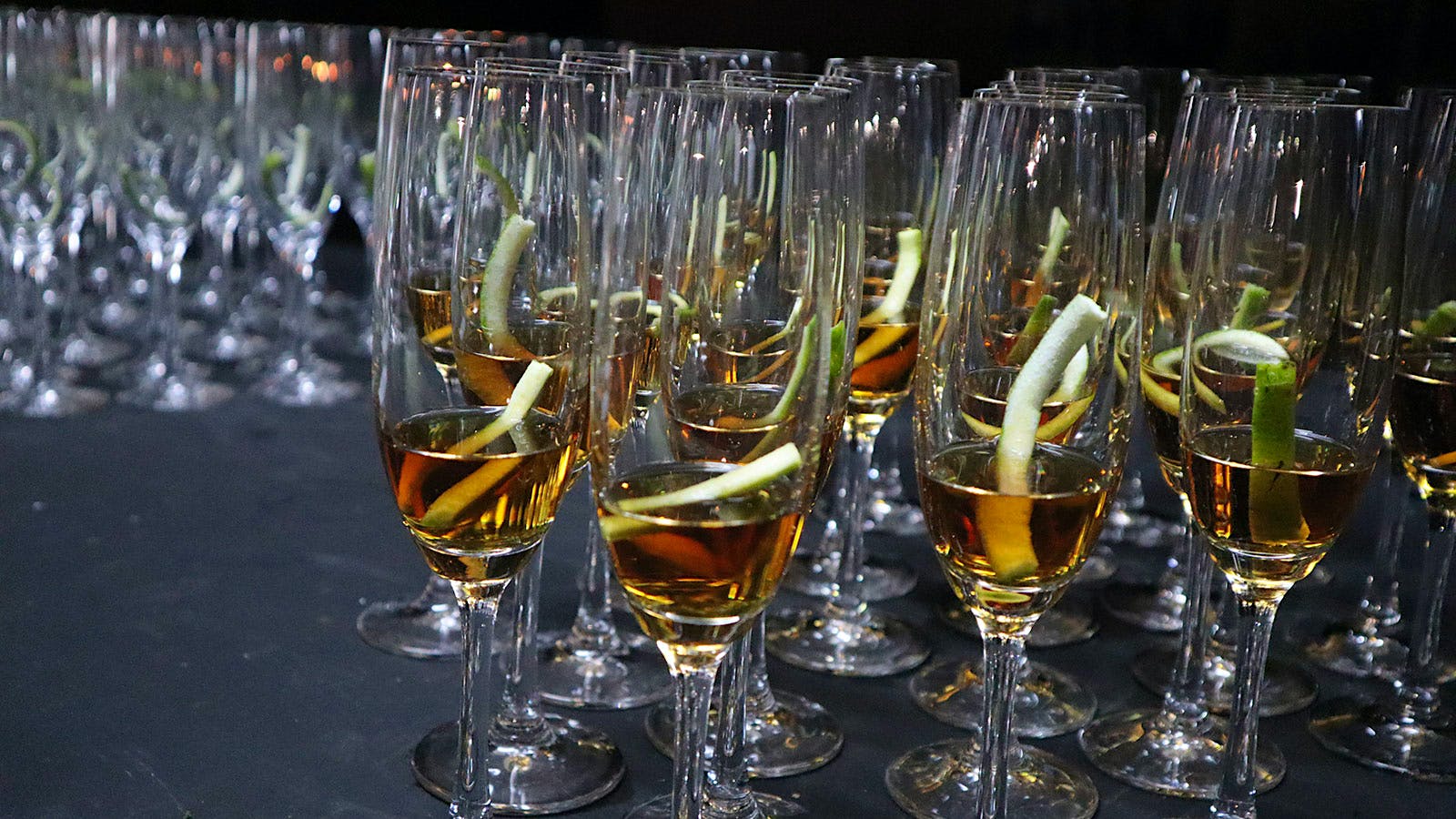 Flutes of Cuban rum at the ready

I lit up my Royal Corona from another terrace overlooking the festivities. This terrace had its own bar and even a live band around the corner, so I didn’t feel at all removed from the main party below. It was a warm night, but a cool breeze occasionally blew over from the beach beyond the party. I guarded my flame against the breeze until the cigar was fully lit and beheld the smoke-filled Havana night. I’m sure Simón Bolivar would have been impressed.