The second-ever Big Smoke Meets WhiskyFest will take place on Saturday, May 28, at the Seminole Hard Rock Hotel & Casino in Hollywood, Florida—the one with the giant guitar. That morning, kicking off the event, will be a series of seminars featuring some of the biggest names in the cigar world, hosted by the editorial team at Cigar Aficionado. The seminar features a host of top-rated cigars, and will culminate in a very special tasting of the No. 1 Cigar of the Year paired with Whisky Advocate’s Whisky of the Year.

Nicaragua: The Hottest Tobacco Country
No country makes more cigars by hand than Nicaragua. The Central American country is responsible for making more than half the premium cigars shipped to the U.S. every year, and it’s not only a cigarmaking powerhouse but a major source of serious tobacco as well. We will have a panel of prominent cigarmakers on stage to discuss what makes Nicaragua so special, along with cigars from their companies:

The World of Montecristo
The Montecristo cigar brand is one of the world’s most famous, founded in Havana, Cuba in 1935. We will look back at the long and storied history of Montecristo, showing it in the pre-Castro days of Cuba when it was made by the Menendez family, and take us to the present where the non-Cuban version of the brand is made in a host of countries under Tabacalera USA. To get a true feel for where Montecristo stands today, we will smoke the Montecristo 1935 Anniversary Nicaragua No. 2 (95 points), Cigar Aficionado’s No. 2 Cigar of 2021. Leading us in a description of the cigar is Rafael Nodal, head of product capability for Tabacalera USA.

A Family Affair: The Alec Bradley Story
Alan Rubin, the founder of Alec Bradley Cigar Co., will be joined by his sons Alec and Bradley for a discussion about making cigars as a family, and how the sons are following in their father’s footsteps. The elder Rubin named his company after his sons, and today they are making blends of their own, including a cigar they will share with the audience, the Alec & Bradley Kintsugi Corona Gorda (92 points), Cigar Aficionado’s No. 25 Cigar of 2022. 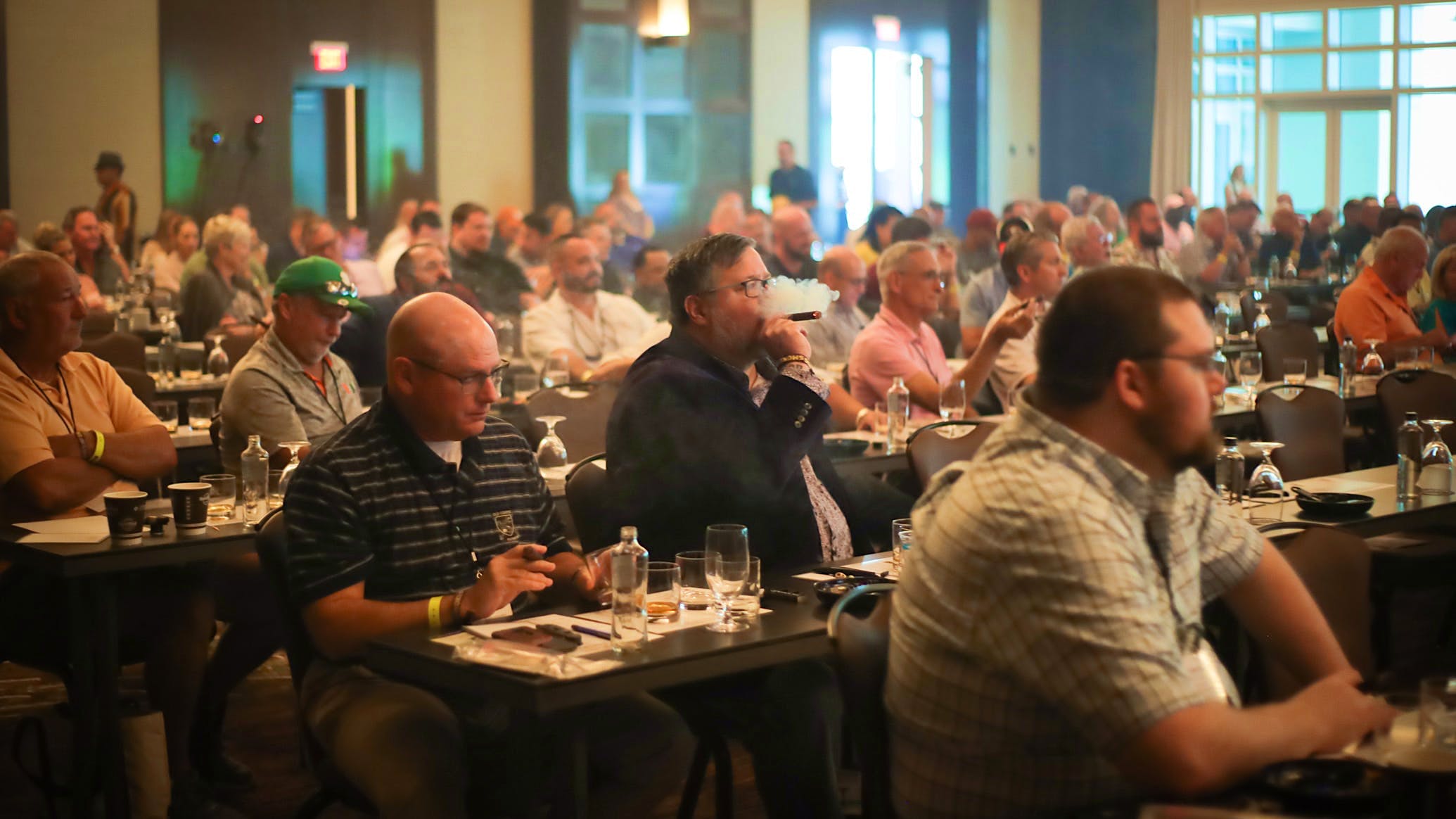 The audience puffing and sipping along with the panelists during the 2021 Big Smoke Meets WhiskyFest seminar.

Cigar of the Year Meets Whisky of the Year
What better way to conclude this seminar than with a tasting of the very best cigar and the very best whisky? Jorge Padrón, president of Padrón Cigars Inc., joins Cigar Aficionado executive editor David Savona in a tasting of the Padrón 1964 Anniversary Series Torpedo, our 2021 Cigar of the Year, which rated 97 points. And we will be drinking the Lagavulin 11-year-old Offerman Edition: Guinness Cask Finish, Whisky Advocate’s Whisky of the Year, joined by a spirits expert from Lagavulin.

More speakers may be added as we get closer to the seminar date.

Last year the seminars sold out well in advance of the show. To buy tickets, visit https://www.bigsmokewhiskyfest.com/