What better way to wrap up a weekend of smoking fine cigars than with a flight of rum? The final seminar of Big Smoke Las Vegas 2018 focused on pairing rum and cigars, featuring five aged rum selections from Bacardi and two Nicaraguan cigars: the Montecristo Nicaragua Toro and the Aging Room Pura Cepa Mezzo.

The seminar was hosted by David Cid, master of rums at Bacardi, and Cigar Aficionado senior contributing editor Gordon Mott.

“The first cigar we’re going to smoke today is the Montecristo Nicaragua,” Mott told the audience of happy cigar and rum fans. “And we have here David Cid, who’s going to walk us through each of these rums.” 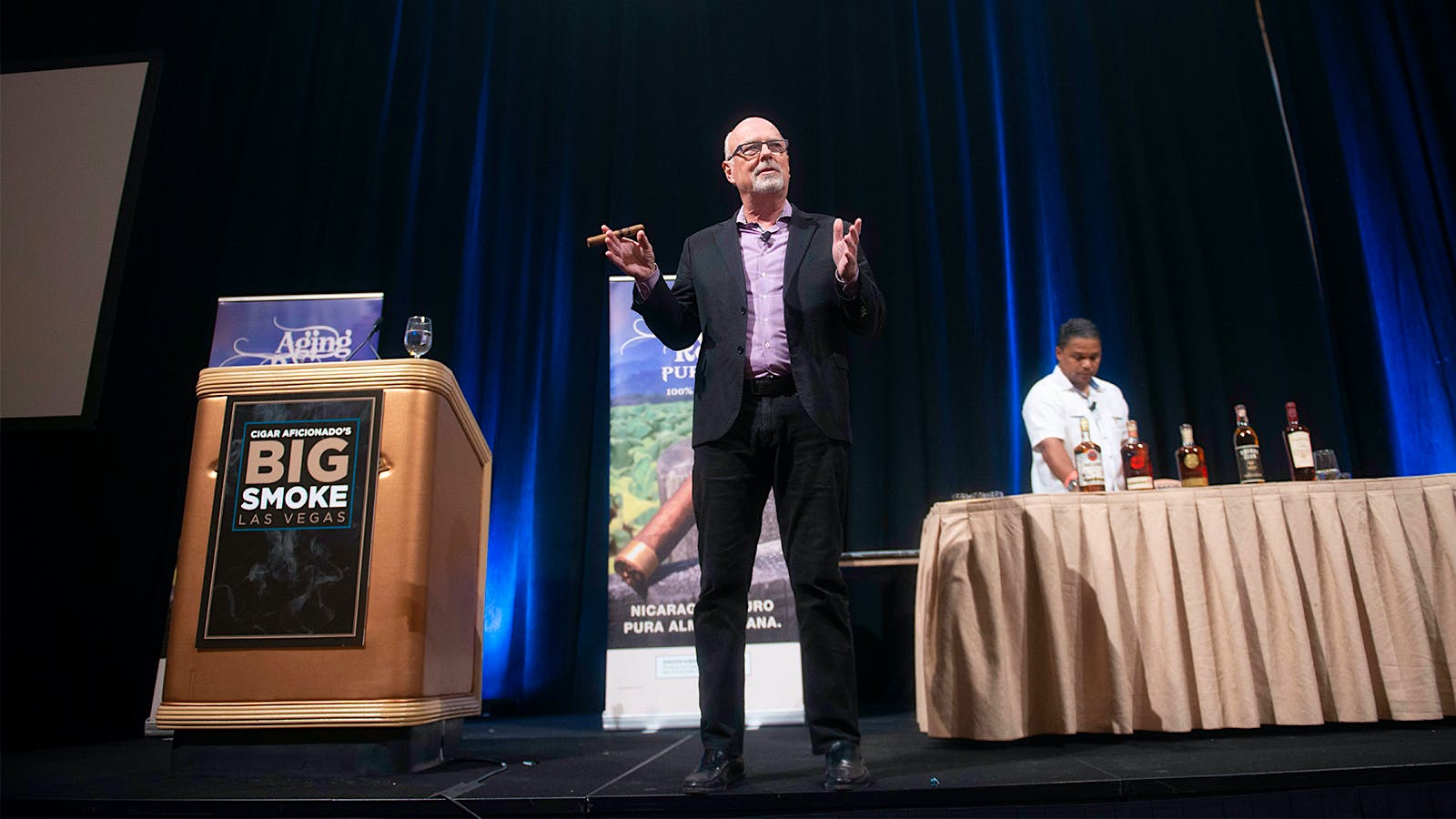 “Rum is synergistic with cigars,” Cid explained to the room. “They enhance each other. Let’s take a puff of the cigar and try the first rum.”

The room followed along with Cid as he paired the Montecristo Nicaragua Toro with the various rums. Cid found that the Montecristo emphasized the pleasurable characteristics of the Bacardi Añejo Cuatro, offering notes of “cedar, honey, almonds and clove.” For the Bacardi Gran Reserva Diez, he found the smoke helped reveal a “caramelized fruitiness” and for the Santa Teresa 1796, the cigar complemented the rum’s “oak, raisin and vanilla notes...with a hint of white pepper on the finish.”

Interwoven with Cid’s remarks, Rafael Nodal, head of product capability at Tabacalera USA, stepped up to the podium to speak about the Montecristo Nicaragua. 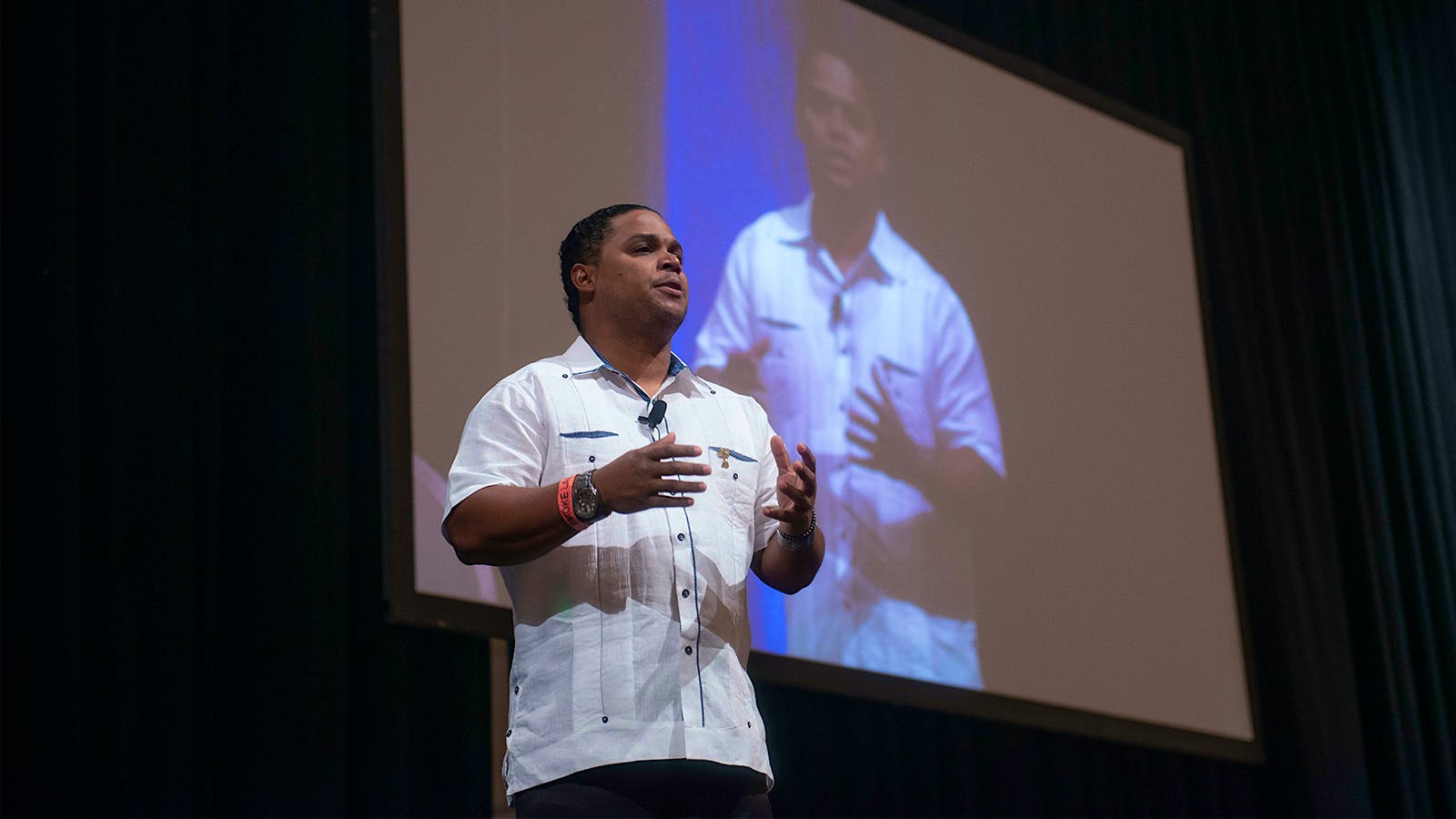 David Cid, master of rums at Bacardi, talks about the rums he will be pouring.

“The Montecristo Nicaragua is a blend of all Nicaraguan tobaccos,” Nodal said. “The wrapper is from Jalapa and it contains tobaccos from Condega and Estelí.” He paused to puff on the cigar, motioning at the crowd. “You’ll find notes of coffee, earth and leather...I chose this cigar so it wouldn’t overwhelm the rums—it would complement them.”

“This cigar has tobacco from four regions of Nicaragua: Ometepe, Jalapa, Condega and Estelí,” Nodal explained. He puffed on the cigar, savoring the experience. “It has earthy notes, some citrus, some leather.” 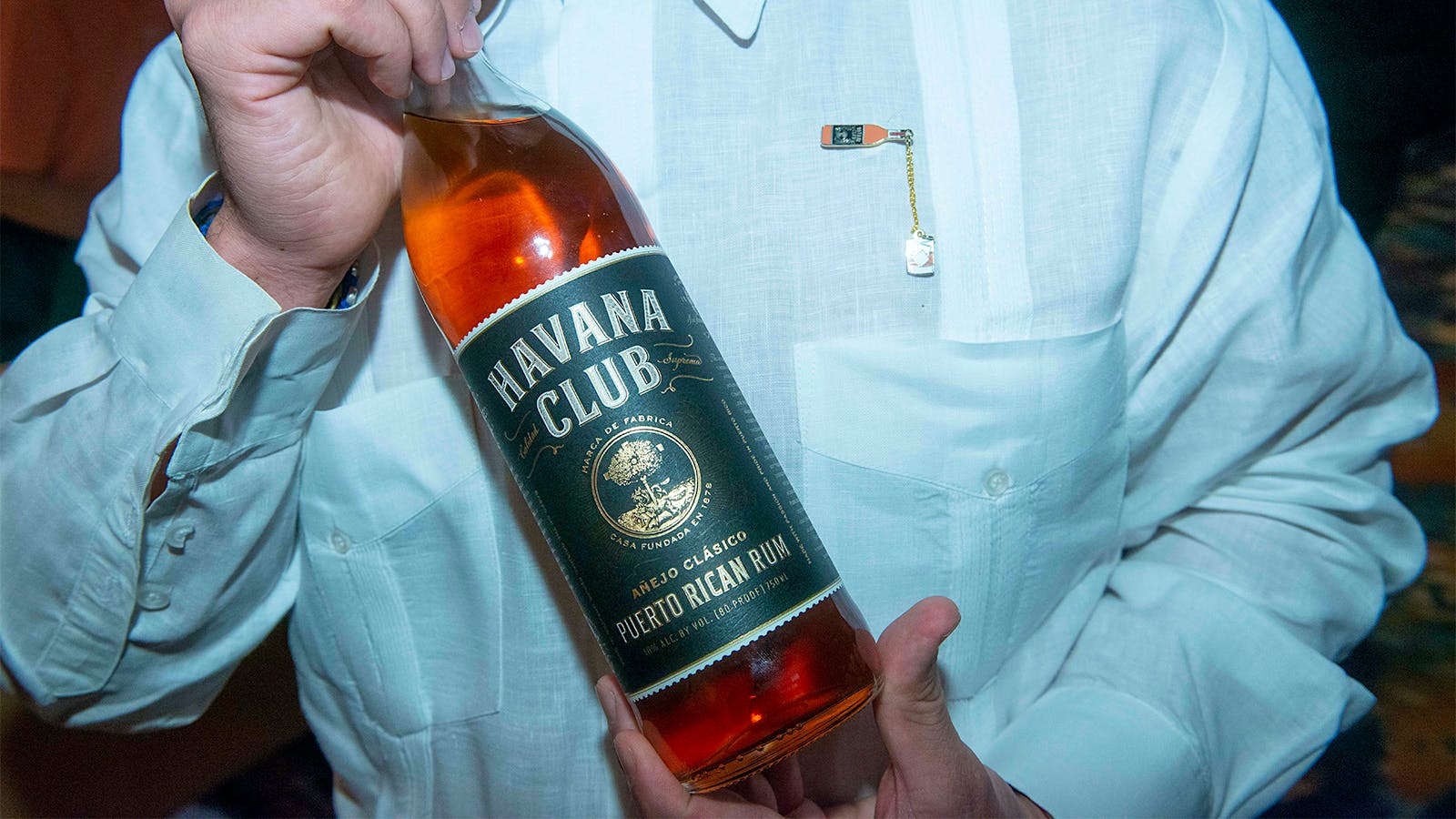 Havana Club Añejo Clasico was among the fine rums tasted during the seminar.

Cid walked through the rums again, but this time paired with the Pura Cepa. He polled the audience. The room’s favorite pairing? The Aging Room Pura Cepa Mezzo and the Bacardi Gran Reserva Diez.

“The synergies between the cigar and the Gran Reserva go hand in hand. It’s synergetic, it’s symbiotic,” Cid said.

The room cheered in approval and the seminar came to a close. A round of thunderous applause for the panelists and cigar fans made way for the exits, feeling warm and loose from the rum and cigars and already talking about next year’s event.