Share
The dust cloud from the explosion in Beirut on August 4 could be seen from hundreds of miles away.

If you’ve been watching the news recently, you’ve probably seen footage of the crimson cloud that rose from Beirut’s harbor after a pair of explosions devastated most of the area. A warehouse filled with ammonium nitrate exploded in Beirut’s harbor on August 4, sending a blast wave across the entire city that killed nearly 200 people and left 300,000 residents homeless. The explosion also shattered windows for miles around, according to published reports, causing damage to two La Casa del Habano cigar shops.

“The team members that were present at the time of the explosion are lucky to be alive,” says Hisham Lofti, commercial manager of Phoenicia Trading A. A., the principal importer of Cuban cigars into the Middle East. 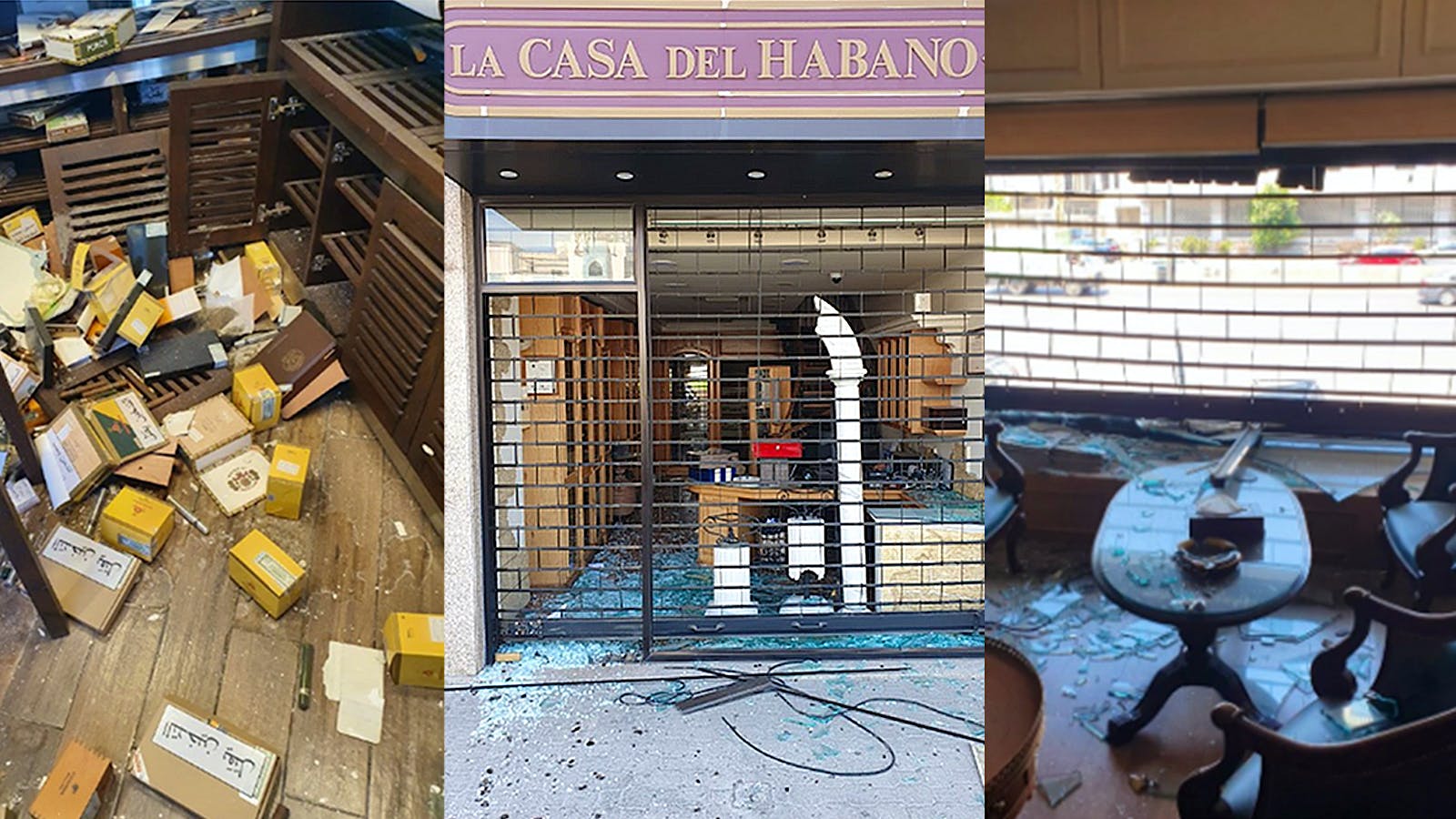 Images display the aftermath of the Beirut explosion, where two Casas del Habano were severely damaged, with humidors, windows and lounges completely wrecked.

Two of the company’s four La Casa del Habano shops in Beirut, however, had windows blown out, shelves knocked down, and boxes of cigars thrown on the floor by the event. The two shops were not extremely close to the blast site; one was four miles away and the other was six miles away on the edge of the primary explosion radius.

“We have already started fixing the shops and the offices, and we should be back to operating normally very soon,” says Lofti. He added that the one shop that suffered less damage has already resumed selling cigars this week.

Phoenicia Trading A.A. is the official distributor of Cuban cigars for more than 40 countries, including Lebanon, Cyprus, the United Arab Emirates, Saudi Arabia and nations in the Middle East.