When Carlos Fuente Jr. gave Cigar Aficionado a sneak peak of the Arturo Fuente Rare Pinks late last year, little was known about the cigar brand. We knew it would be a series of perfectos and figurados. And we knew that the pink paint job on every box meant that some of the proceeds would go to benefit breast cancer research. Now, we know how these shapely cigars taste and perform, as Cigar Insider has rated the entire line. 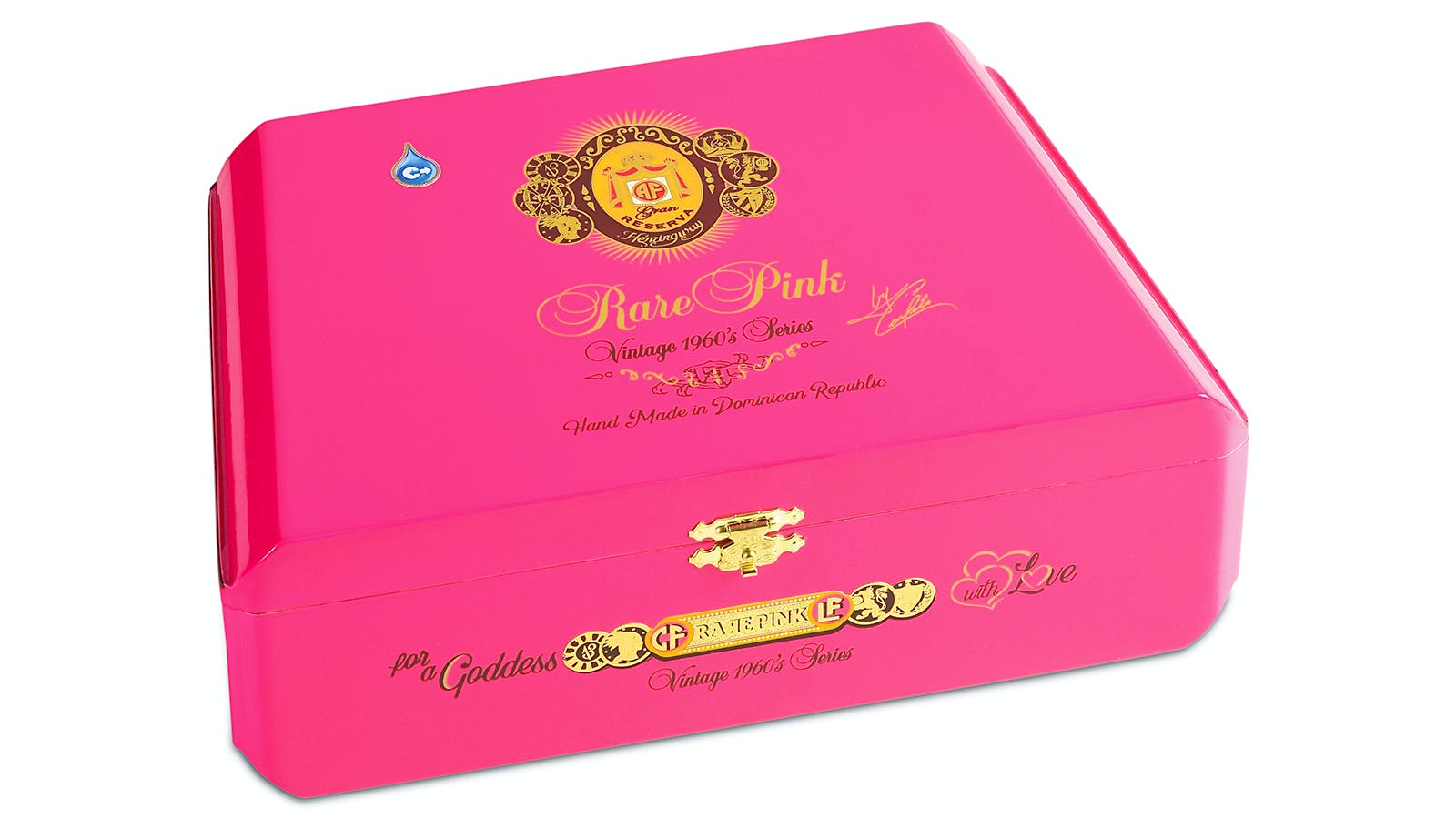 The striking pink boxes of the Fuente Rare Pinks refer to the charity that they support: a portion of the proceeds from their sale benefit breast cancer research. (Photo/Arturo Fuente Cigar Co.)

Made in the Dominican Republic, the Rare Pinks come in four figurado sizes, with three of the shapes taken straight from the Arturo Fuente Hemingway series. The first three should be familiar to Fuente fans: Short Story, Signature and Work of Art. The fourth size, called Happy Ending, is unique to the Rare Pink line.

Unlike the Hemingways, Rare Pinks do not have Cameroon wrappers. Rather, they’re wrapped in a cover leaf grown by the Oliva Tobacco Co. in Ecuador.

To find out how these cigars with a social cause performed, see the April 6 issue of Cigar Insider.

The fourth size in E.P. Carrillo’s Pledge line is heading to retailers.

The new smoke from Rick Rodriguez's West Tampa Tobacco Co. is called the Attic Series, and it’s made …