Share
The new Montecristo Herederos was passed out at the end of the night on Wednesday at the Habanos Festival. The commemorative cigar case sports the red-and-black signature colors of Casa del Habano.

If you’ve never been to a cigar banquet, they’re a lot like wedding receptions. There’s a cocktail hour and a three-course meal in a catering hall. You dress formally and sit at a round table with a centerpiece. Speeches abound throughout the night, and there’s live music in between. It was no different on Wednesday night during the Habanos Festival, only instead of celebrating a bride and groom, Habanos S.A. honored 30 years of its La Casa del Habano franchise and 85 years of the Montecristo brand. 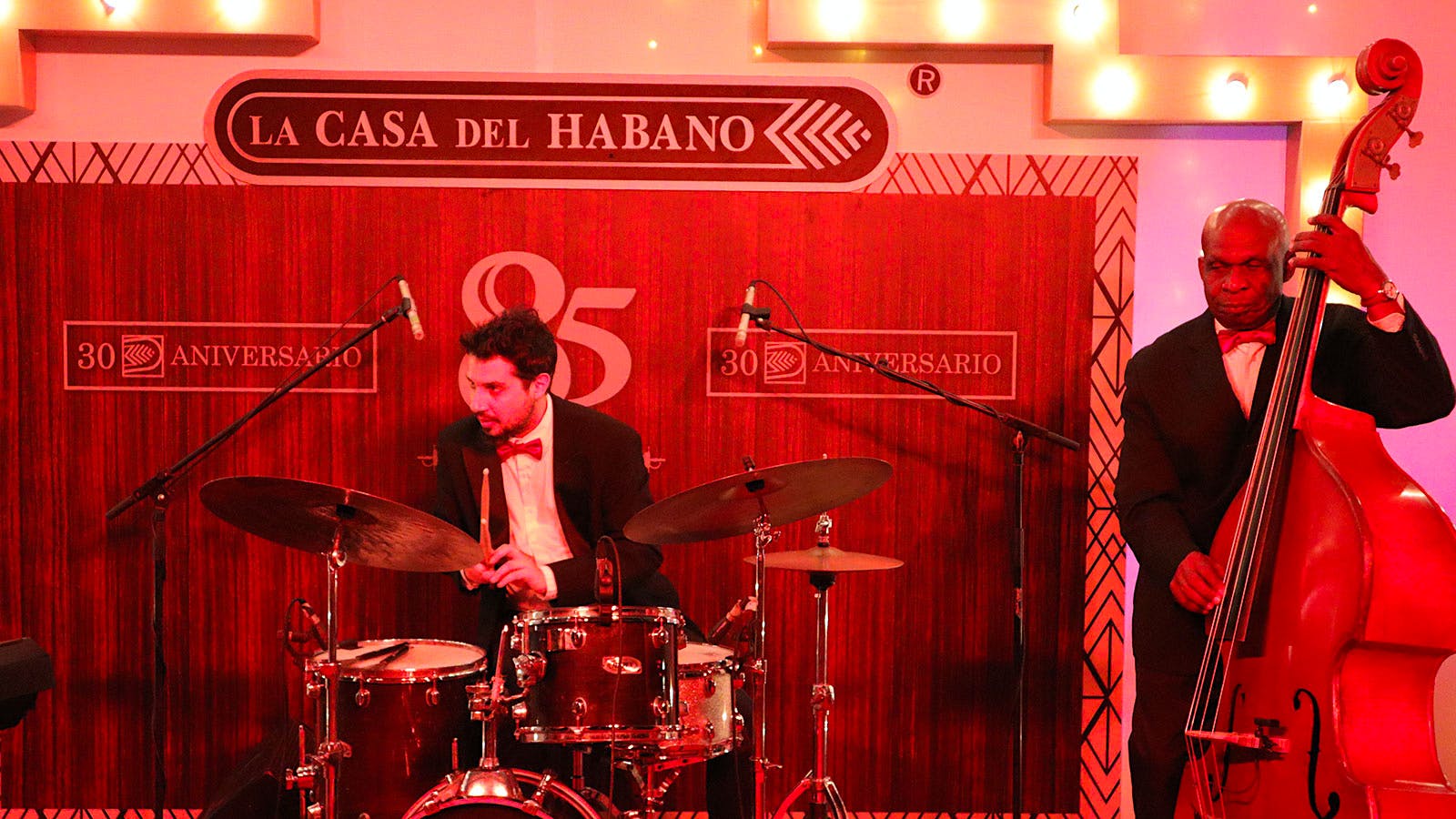 The music played all night long for the gala dinner celebrating the Montecristo brand and the Casa del Habano chain of cigar stores.

Seemed like only yesterday we were celebrating 80 years of Montecristo. No matter how you feel about the brand personally, Montecristo is an iconic name in the cigar world and deserves a party every now and again. All the better when I’m invited.

On this particular evening, Habanos turned the outside of El Laguito Protocol Hall into an art deco smoking social hour where everyone was handed a Montecristo Media Corona and a drink as soon as they walked in. It’s not a bad way to start an evening.

I was happy to run into Antoine Bathie there. He’s with Coprova, the cigar importer that brings Cubans into France. Bathie was instrumental in turning Quai d’Orsay from a French regional cigar to a global brand. I was able to say hello to Fernando Domínguez, premium cigar director of Imperial Brands, who was fresh off a plane to Cuba.

I also saw José Matias Maragoto and his wife, Aidee. They own the ABAM factory in the Dominican Republic and make premium cigars for Villiger. There were plenty of other people I wanted to say hello to, but the night goes so fast. 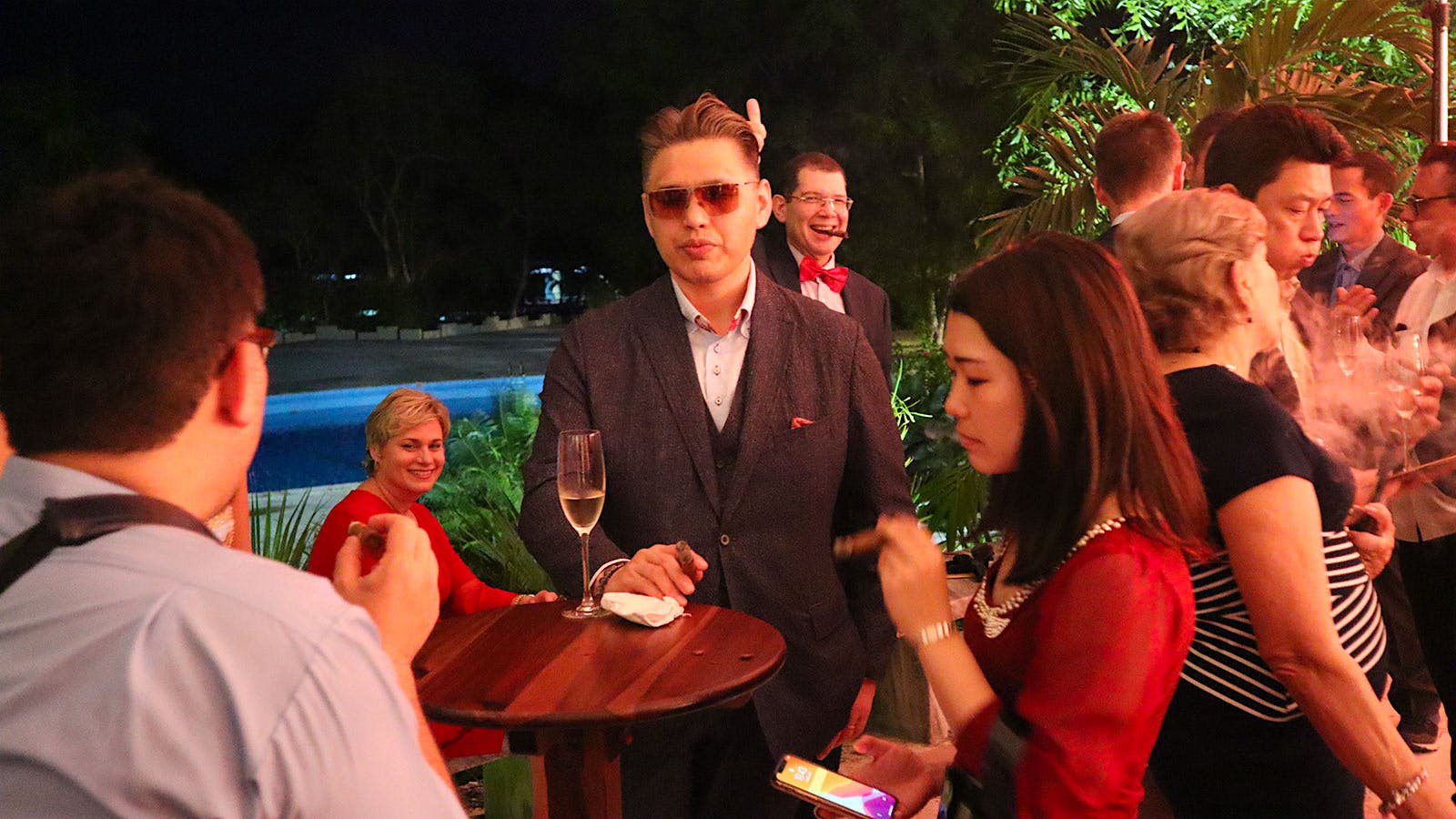 As guests sip and puff in the foreground, José Matias Maragoto and his wife, Aidee, enjoy the warm evening behind them.

I won’t bore you with the details of our banquet. It was a standard affair of soup, app, main and dessert. The cigars that were passed out after each course were far more interesting than the food.

First, a Montecristo Open Master. You remember Open, right? It was billed as a Montecristo for the sporting life. I always looked at it as a cigar for sail boats and golf courses. 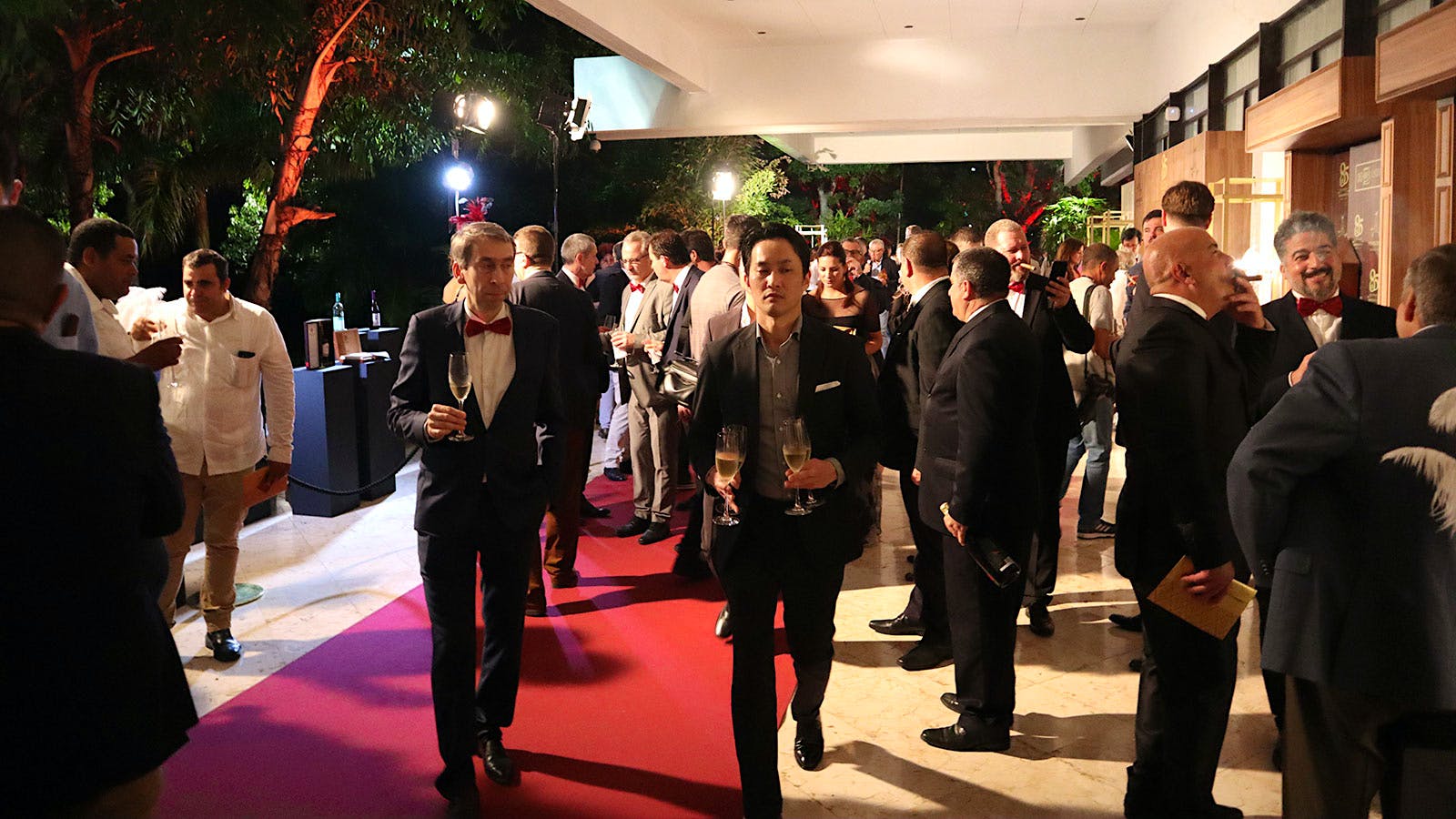 Antoine Bathie of Coprova (left, red bow-tie) came all the way from France for the festival.

Next was the Montecristo Supremos Edición Limitada 2019. Lots of retailers around the world are going to be pretty annoyed about this. It’s 2020 and some of them still haven’t received their allotment of Supremos, yet here we are, gathered in this ballroom in Havana puffing away on hundreds of them. Maybe Supremos will go into an extended production the way the Cohiba Talismán did.

Finally, we received the Montecristo Línea 1935 Leyenda, which is a big toro the same size as the Montecristo 80 Aniversario. The Línea 1935 line is basically what Behike is to Cohiba—a super-premium brand released because the regular line just wasn’t expensive enough anymore. 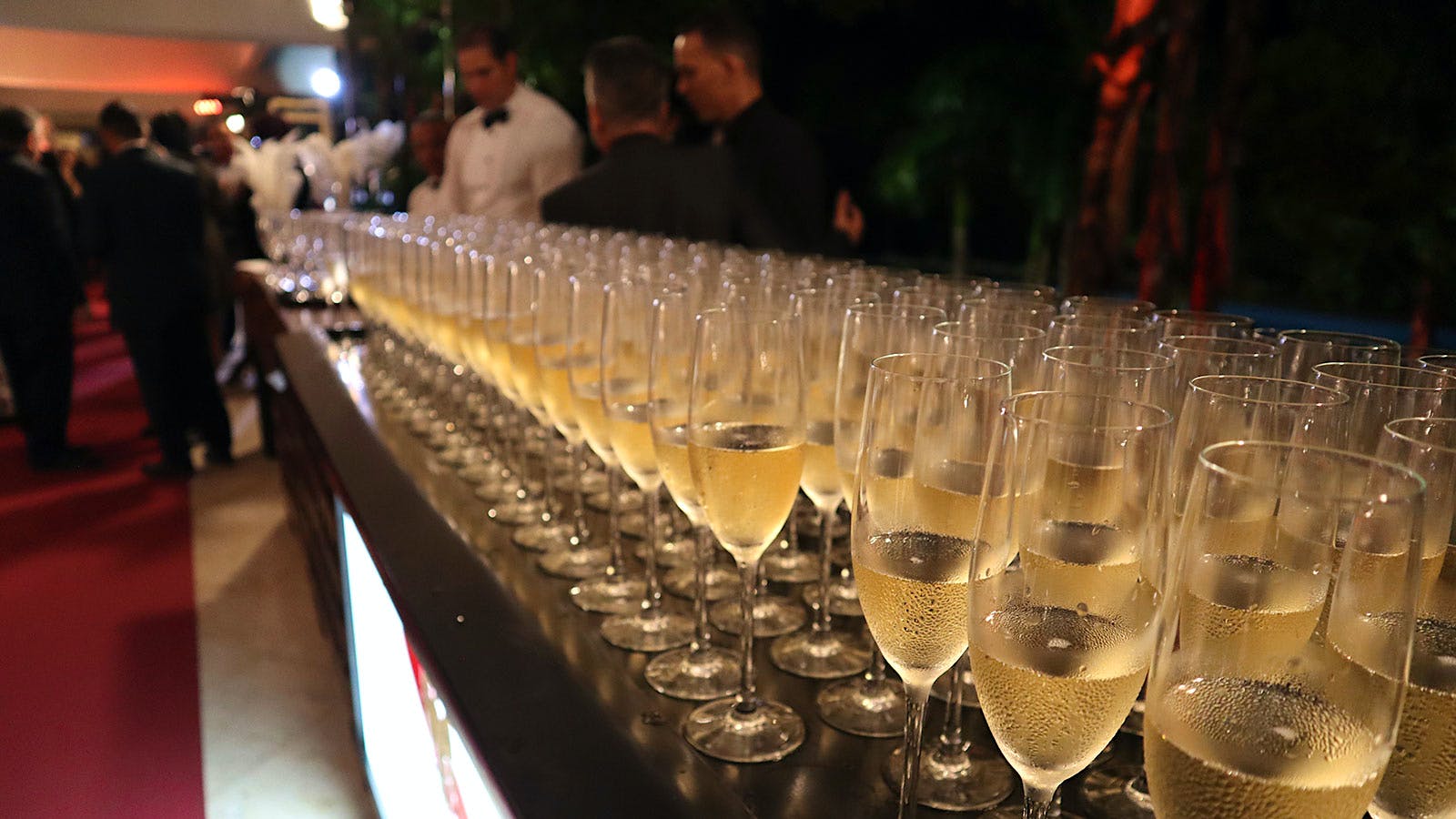 Flutes of sparkling wine awaiting their guests for the cigar-friendly cocktail hour.

There were a few musical acts up on stage to score the evening, but in my opinion, the star of the night was the Montecristo Herederos, a long, 47 ring gauge smoke that will be available only to La Casa del Habano shops and Habanos Specialists. It’s one of the new cigars of the Festival, and the high-gloss humidor it comes in is pretty fancy, but this was a clever release because it honors both the Montecristo brand and the La Casa franchise.

I was a little annoyed at first when I realized that Herederos wasn't going to be passed out this evening. It sounds ungrateful, I know. While the closing musical act played its final set, I decided to samba my way right out the door a little early and pick up my gift bag on the way out before it got too crowded.

Back in my hotel room, the first thing I did was look inside the bag. There was some Montecristo perfume. Wasn’t expecting that. There was also was a beautifully made leather cigar case with the Casa del Habano leaf logo stamped into the hide. And inside were two Montecristo Herederos nestled inside the two-finger case like newlyweds. Habanos gave me a few after all.

Now if they’d only give me one of those humidors.