It’s perhaps the most lavish humidor ever created—and it will cost you more than $80,000 to call it your own. Adorini, a German cigar accessories company that specializes in humidors, has restored a 19th century safe and converted it into a functional cabinet humidor. The Cologne-based company has named the restored antique “Cassaforte” (Italian for safe) and given it a price tag of €70,000, or $80,757.

The safe, which Adorini dates back to the late-1800s, is just over 7 feet tall and weighs more than 1,400 pounds. The design is an embodiment of Victorian-era furniture, with its decorative trim and ornate detail on the knobs and keyholes. Little more is known about the piece, but the insignias on the inside locks read “Fr. Gehrmann and Söhne” and “Frankfurt a O., Breite Str. 7,” indicating that it was probably made by an ironworker in the city of Frankfurt, Germany. 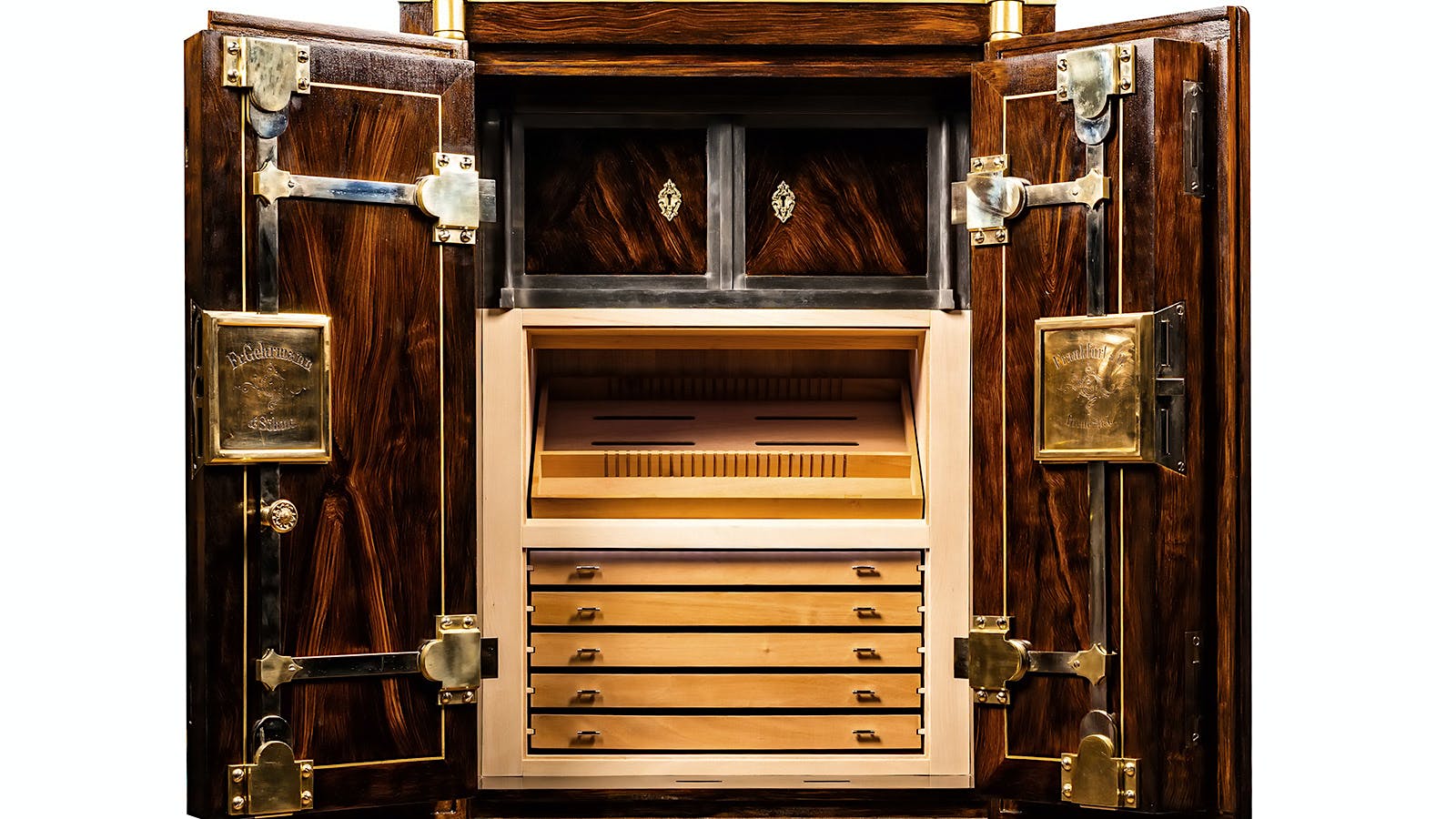 The cedar-lined cabinet, which consists of five drawers and one tray, holds up to 1,000 cigars.

According to Adorini, the Cassaforte humidor is made almost entirely of steel. This may come as a surprise, as the restored safe looks to be encased in wood—but that’s only an illusion. The restorer hand-painted the entire surface of the humidor in a dark wood pattern to make the steel safe take on the look of a standing Victorian cabinet. The smaller cabinet at the base of the humidor is the only area where actual wood is used. 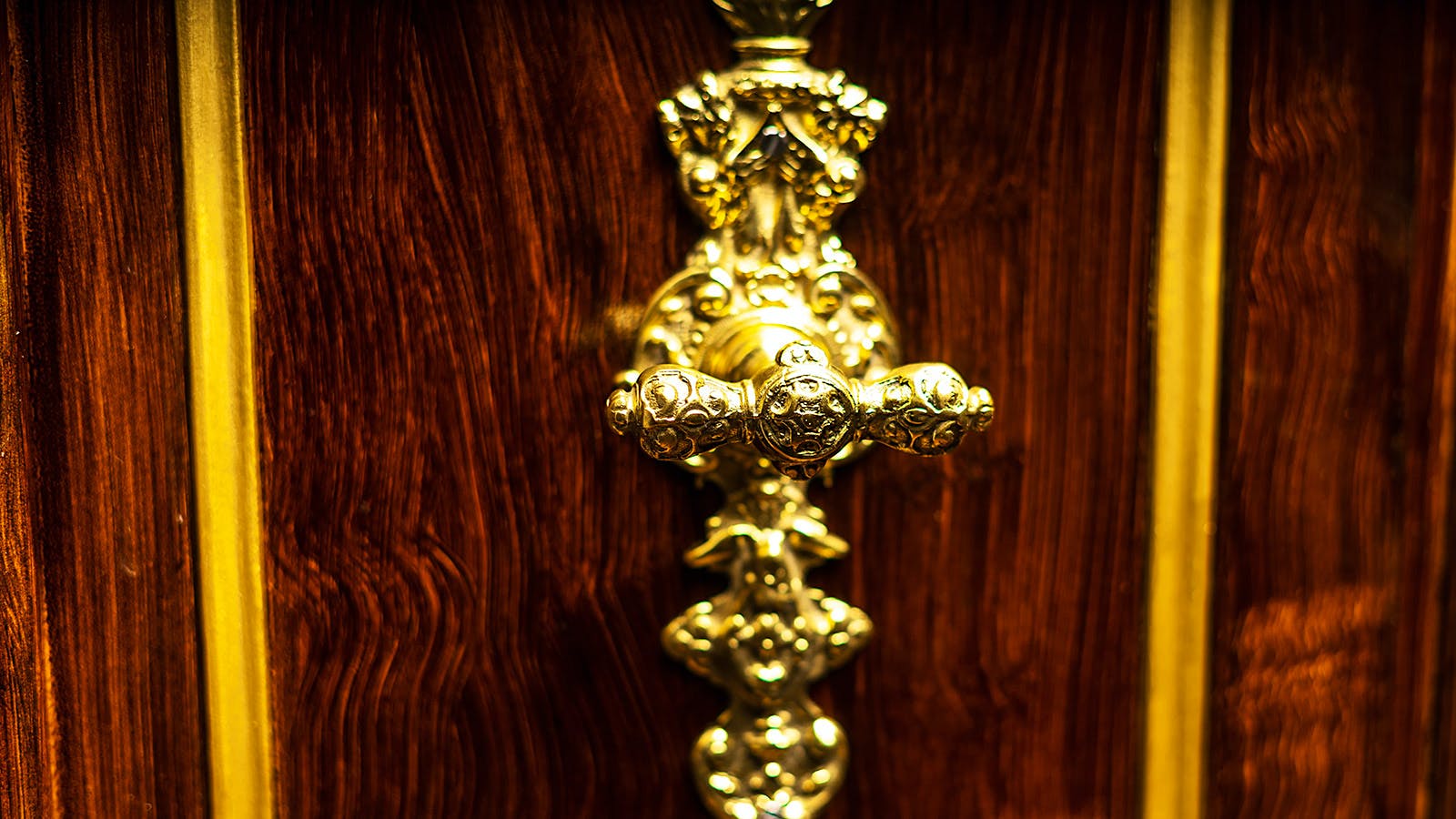 The design is an embodiment of Victorian-era furniture, with its decorative trim and ornate detail on the knobs and keyholes.

In addition to the decorative transformation, Adorini took several measures to make the antique function properly as a humidor. Every piece of metal on the inside of the humidor, from the hulking locks down to the smallest screw, has been galvanized with a protective layer of zinc in order to prevent rust in an environment of heightened humidity. LED lights illuminate the cedar-lined cabinet, which consists of five drawers and one tray, and two Adorini electronic humidification systems have been installed to keep your cigars in an optimal environment. 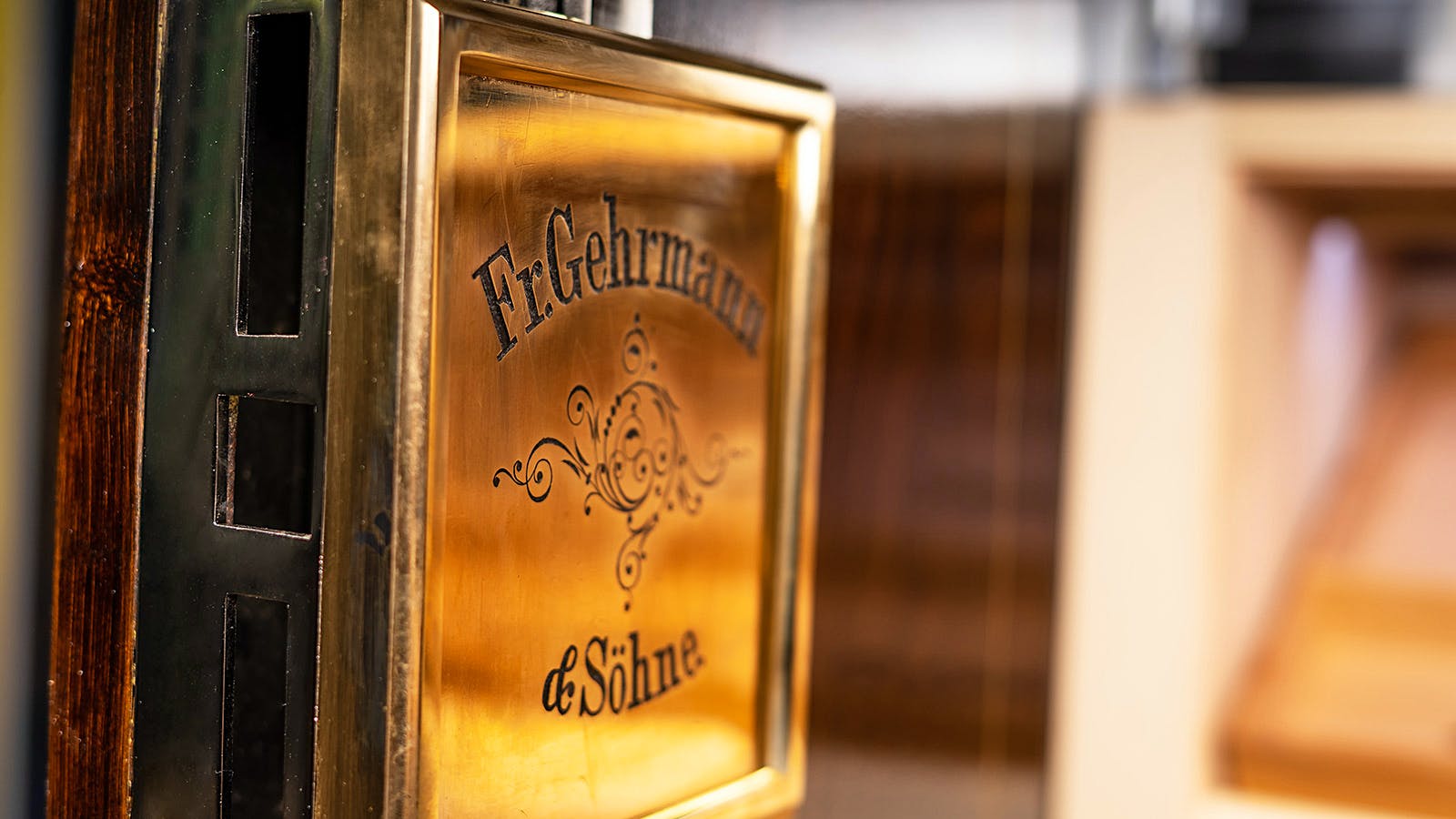 The insignia on one of the locks reads "Fr. Gehrmann and Söhne," presumably the company that built the original safe.

Outside the main humidor compartment is another safe-within-a-safe, with two keyholes and added room for humidified storage. The cabinet at the base of the piece provides additional space, but this area is not humidified.

The Cassaforte is a one-of-a-kind piece, only a single unit has been produced by Adorini.

The newest lighters from S.T. Dupont combine elegance with a bit of an edge.