During the Big Smoke Meets WhiskyFest seminars last Saturday, cigarmaking family Alan, Alec and Bradley Rubin had a surprise. During their “A Family Affair: The Alec Bradley Story” panel, Bradley Rubin revealed to the crowd that a new line of powerful smokes are going to be appearing at the upcoming PCA trade show next month called Alec Bradley Double Broadleaf, which will be part of the company’s Experimental Series. A formal shipping date has yet to be released, but the company stated one will be announced at the trade show.

As one can guess from the name, broadleaf plays a rather prominent role in this blend. The Rubins purchased some Connecticut broadleaf seeds from a friend in the industry and planted them in the soils of Honduras. Broadleaf typically is grown in the Connecticut River Valley and is prized for its strong flavor, and wide, dark leaves. 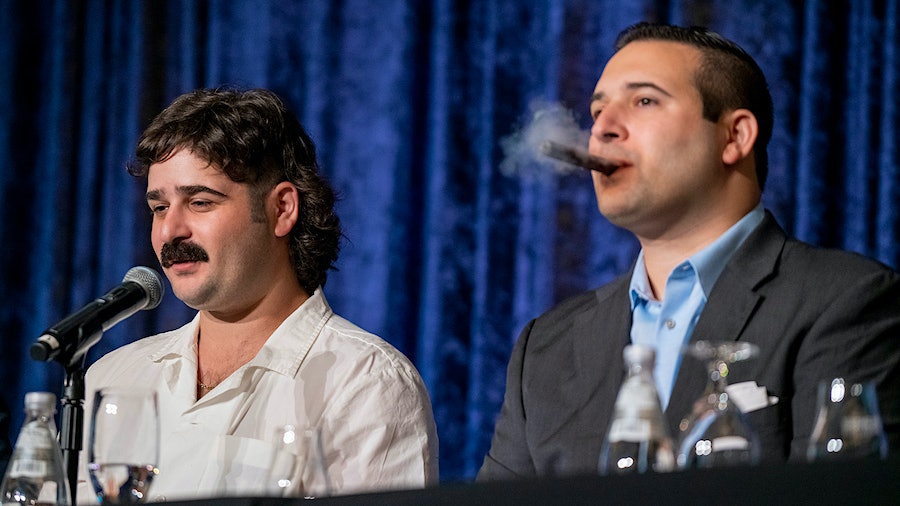 “Alec, Bradley and I wanted to create a cigar spotlighting the beautiful broadleaf wrapper we grew,” Alan Rubin said. “As we blended though, we all craved more of that bold, rich flavor that broadleaf imparts, so we doubled-down and added a broadleaf binder leaf to the blend—which also led to the name: Double Broadleaf.”

The cigars also contain a second binder leaf from Nicaragua, along with a mix of fillers from Honduras and Nicaragua. According to the company, the blend is full-bodied.

This will be the third release in the Experimental Series, the other two being the wallet-friendly Project 40 and Project 40 Maduro lines.

Double Broadleaf is made in Honduras at Tobacos De Oriente.