Share
The Fine & Rare collection comes with five separate boxes of previous editions of the brand, along with one mystery gift.

In an effort to produce a 10th anniversary boxset of Fine & Rare’s “greatest hits,” Alec Bradley founder Alan Rubin has gone into his archives and selected a series of aged cigars from the Fine & Rare brand, some of which, he says, date back to 2014.

In 2010, Rubin created a limited-edition cigar that boasted a blend of 10 different tobaccos. The next year, it came to market and was called Fine & Rare. Since then, Alec Bradley has released a new version of Fine & Rare each year.

“I’m really excited to be able to present the Fine & Rare 10 Year Anniversary set,” Rubin said. “I went through all of the different iterations and chose the vintages that had the best overall flavor development and performance.”

According to Rubin, the cigars of this retrospective package are not simply recreations of the original blends, but rather are cigars that he set aside each year from the original production runs, and placed in an aging room specifically for this project. 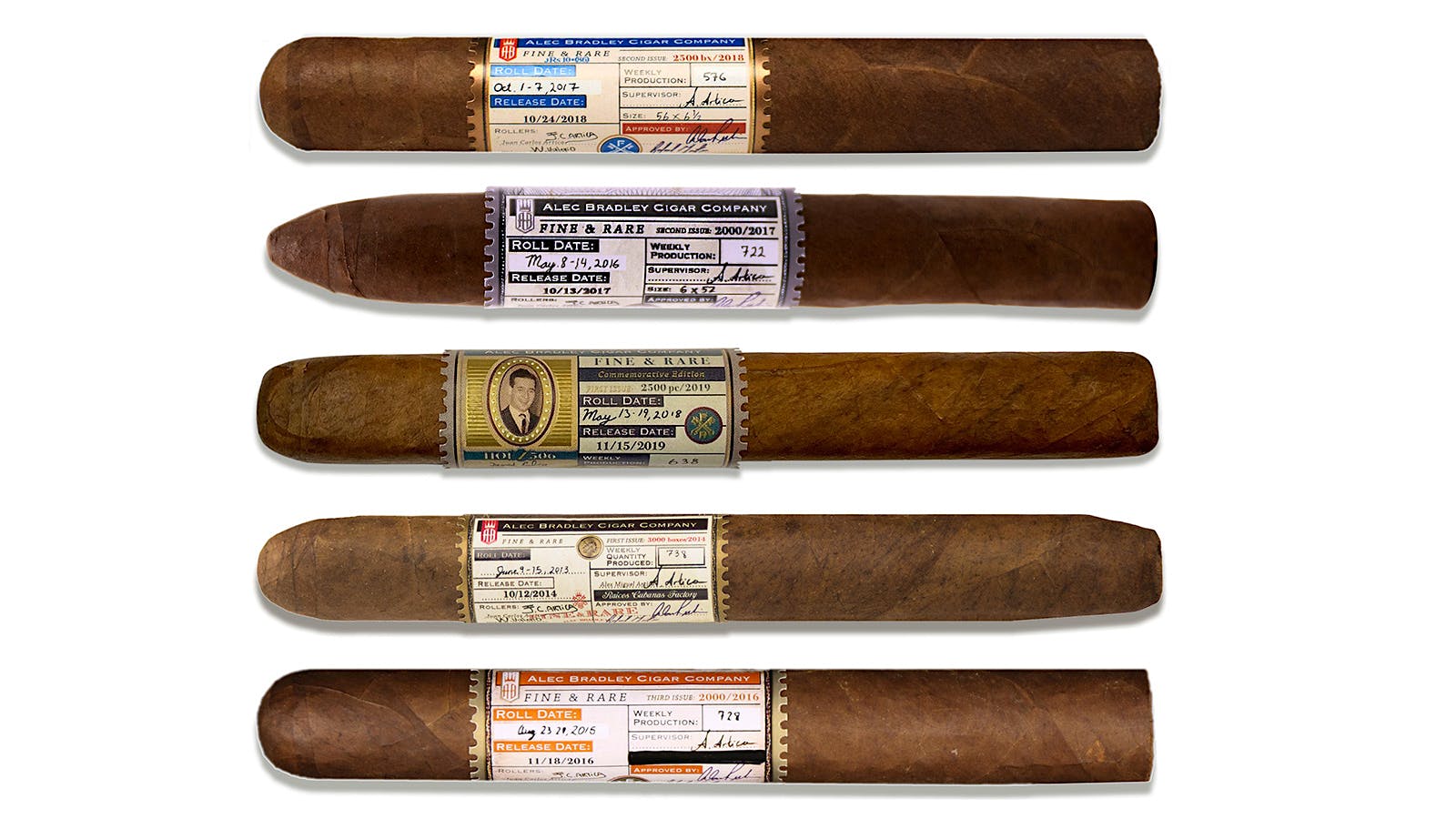 On the band of each Fine & Rare cigar, you'll find a unique certificate that verifies the day the cigar was rolled and subsequent year it was released. Featured here are releases ranging from 2014 to 2019.

The 10 Year Anniversary set contains 25 cigars—five each of the following Fine & Rare sizes:

There’s no word on release date but Rubin has set the price at $600 per box, which works out to $24 per cigar. Only 500 boxes will be released, each containing an additional mystery item.

While the blend varies from size to size, cigars in the Fine & Rare line are composed of Honduran and Nicaraguan tobacco from various seed types, primings and ages. They are made in Honduras at the Raices Cubanas factory.

The Alec Bradley Fine & Rare 10 Year Anniversary set was originally scheduled to be released at the 2020 PCA trade show prior to the outbreak of Coronavirus. As a result, orders for the anniversary set will be taken at the Traveling Road Show, which is kicking off its 15-city tour on July 13. The cigars are expected to start shipping later this year.