Always looking to bring new expressions to his Aging Room series, Rafael Nodal, head of product capability for Tabacalera USA and one of the owners of the Aging Room brand, has created another version of the cigar. And, once again, he’s turned to A.J. Fernandez in Nicaragua to make his concept a reality.

Called Aging Room Rare Collection by Rafael Nodal, the new brand is “intended to offer small runs based on the availability of rare and superbly well-aged tobaccos.” So says the mission statement. But what makes the tobacco in these upcoming cigars rare? In this case, it’s a specific hybrid Cuban-seed wrapper grown in Nicaragua by Fernandez on his flagship farm, known as La Lilia. There’s also a bit of Pelo d’Oro in the blend, which is a tobacco grown in small quantities due to its low yield and susceptibility to disease. 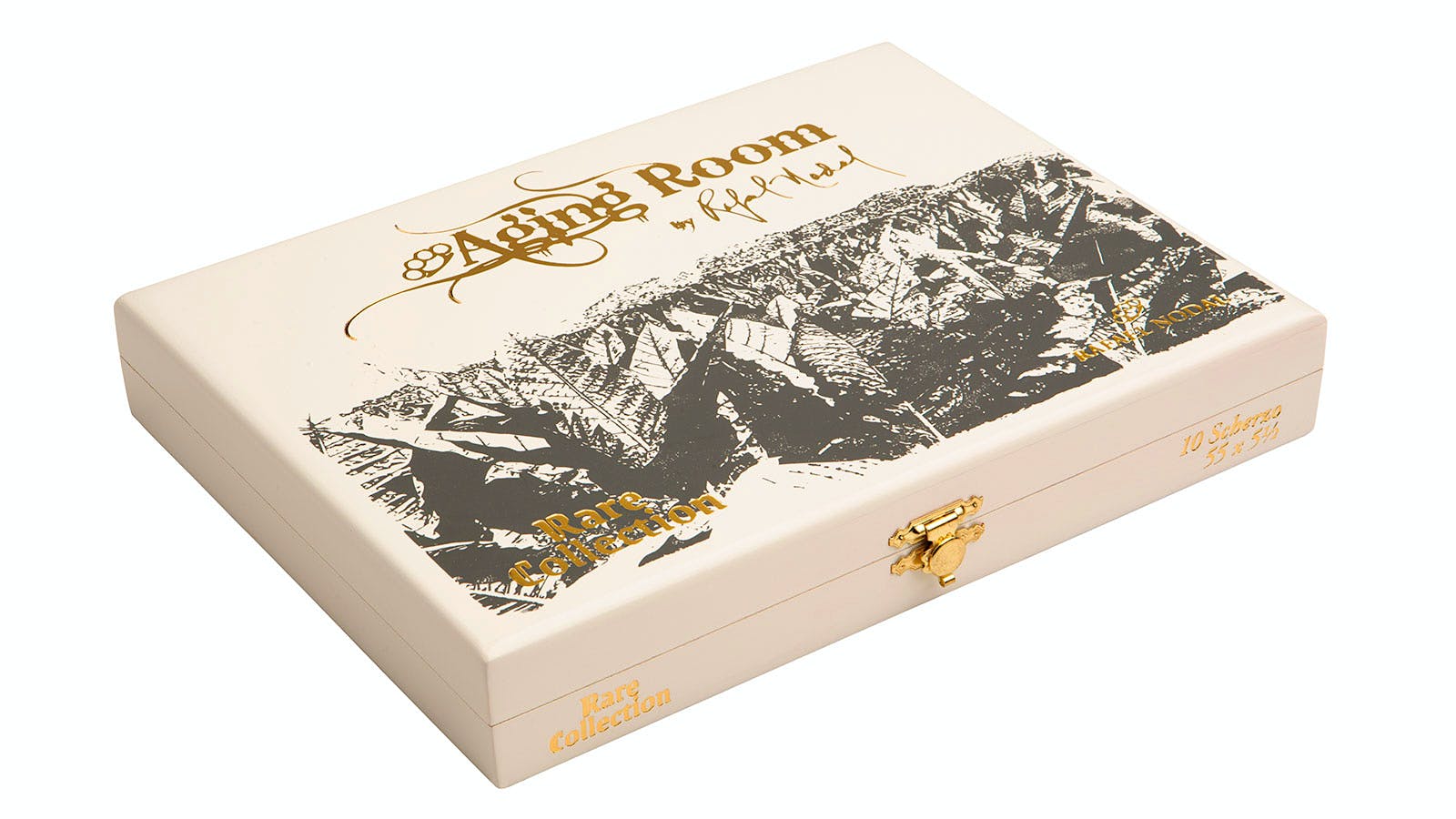 “This is not just an updated cigar,” Nodal says. “This is the first in what will be several Rare Collection projects.”

The first release of The Rare Collection is scheduled to arrive at the end of August and come in three sizes: Festivo, measuring 4 1/2 inches by 52 ring gauge; Scherzo, at 5 1/2 by 55; and a 6 by 60 called Vivase. Presented in 10-count boxes, the pigtailed cigars will retail for $15 to $15.95. All the tobacco in the blend is Nicaraguan.

The Rare Collection is one of many collaborations between Fernandez and Nodal, most notably the Aging Room Quattro Nicaragua Maestro, which was named Cigar Aficionado’s 2019 Cigar of the Year, the industry’s highest accolade.

Like all Aging Rooms, the new line is distributed by Altadis U.S.A., the distribution and marketing arm of Tabacalera USA.