Agape, the limited-edition smoke from Freud Cigar Co. and industry veteran Eladio Diaz, is on its way to retailers across the country. Unveiled at this summer’s PCA trade show, Agape shipped late last week. It’s the first cigar from Diaz since he parted with Davidoff of Geneva. 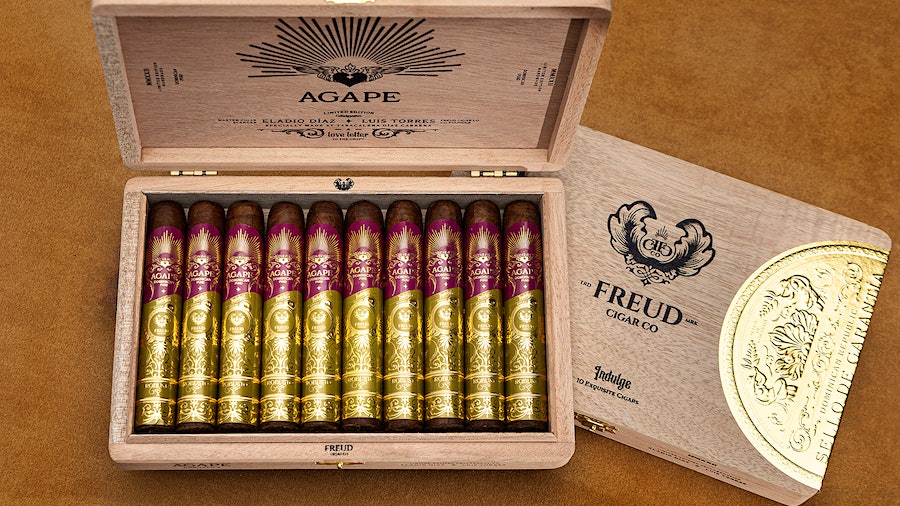 Agape comes in one size, a robusto measuring 5 inches by 54 ring gauge, and is made in the Dominican Republic at Tabacalera Diaz Cabrera, the new factory owned by Diaz. All the tobacco in Agape is Dominican, and the cigar has a suggested retail price of $30 each, or $300 per 10-count box. Only 3,500 boxes are being produced.

Pronounced ah-GAH-pay, Agape is a collaboration between Diaz and Freud Cigar Co., a new company formed earlier this year by Luís Torres and David Stadnyk. The term agape is taken from an ancient Greek term for “the highest form of love.” Torres says that this project is a “love letter to the craft,” adding that these cigars were rolled in January and have been aging ever since. 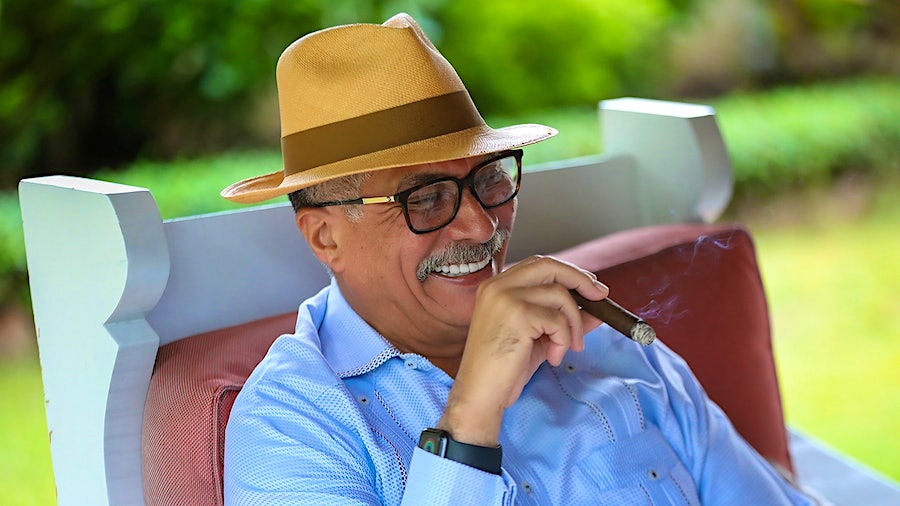 Tobacco veteran Eladio Diaz is now producing cigars at his own facility in the Dominican Republic. (Photo courtesy of Eladio Diaz)

Like all products from Freud Cigar Co., Agape is distributed by Illusione Cigars of Reno, Nevada.