Eduardo and Max Fernández, the father-and-son team behind Aganorsa Leaf, are set to debut a new cigar this summer that features a small amount of medio tiempo, the rare tobacco leaf prized by growers for its rich flavor.

Aganorsa Leaf Signature Selection is a Nicaraguan puro made with a rosado-claro Corojo ’99 wrapper that covers the Corojo ’99 binder and a filler mix of Criollo ’98 and Corojo ’99 tobaccos. The filler also boasts a half leaf of rare medio tiempo, which are small tobacco leaves that occasionally sprout atop some (but not all) tobacco plants above the corona priming. Medio tiempo is prized for its rich flavor and strength.

All of the tobaccos in Signature Selection were grown in Estelí and Jalapa by the Fernández’s vast Nicaraguan tobacco-growing conglomerate, Agricola Ganadera Norteña S.A., better known as Aganorsa. 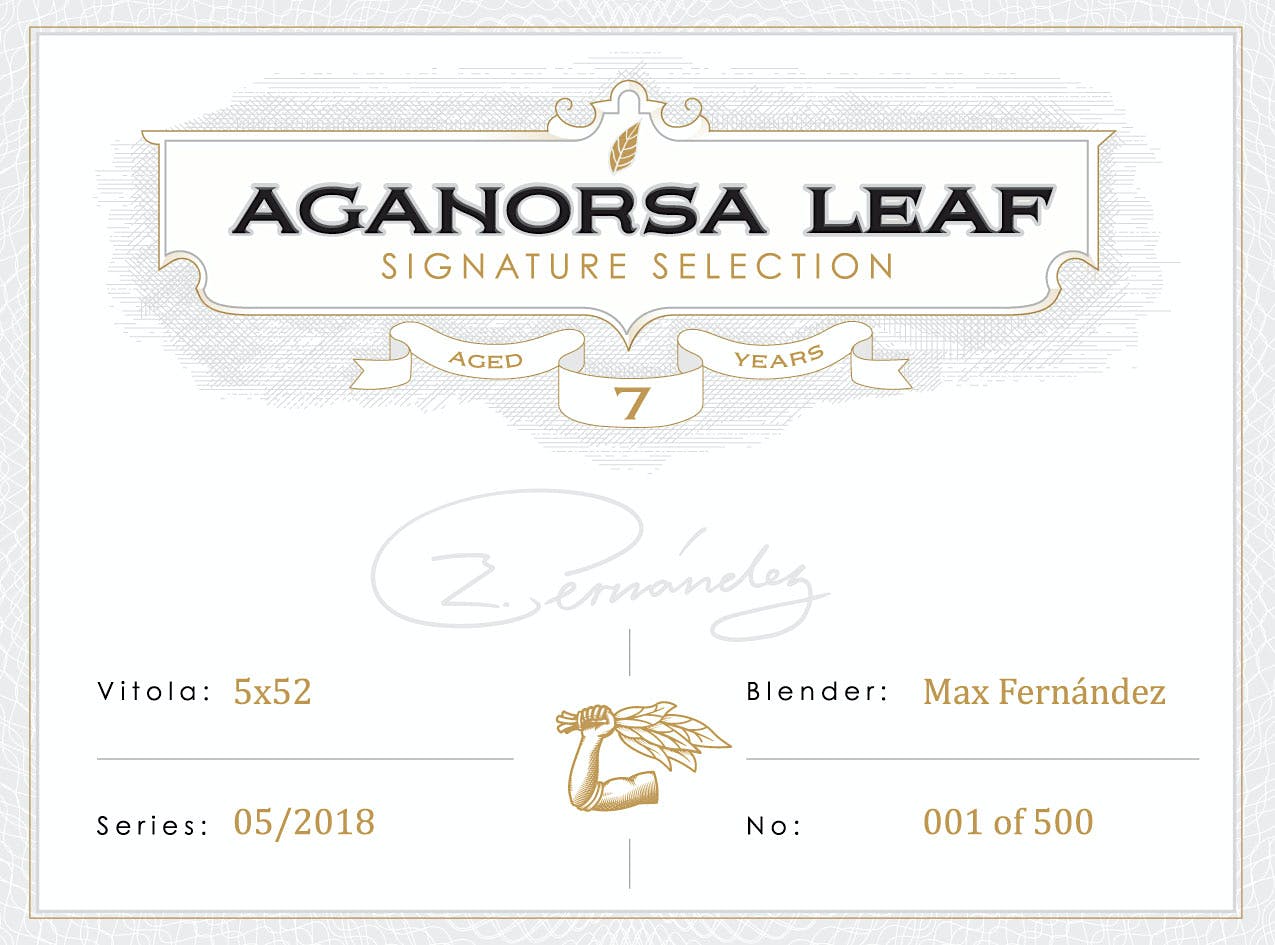 Each box of Signature Selection will include a box seal that authenticates the release.


Signature Selection will debut at this summer’s International Premium Cigar and Pipe Retailers trade show in four sizes: Robusto, measuring 5 inches by 52 ring gauge; Belicoso, 6 1/4 by 52; Toro, 6 by 52; and Corona Gorda, 6 by 44. The Belicoso sports a rounded, blunted belicoso-shaped head also known as a Conde 109 while the Corona Gorda is topped with a fantail cap. The cigars are slated to retail from $9 to $12, and will ship in 20-count boxes, save for the Corona Gorda, which comes in boxes of 25.

Only 500 boxes of each size will be available once the cigars begin shipping shortly after the trade show in July.

“Signature Selection is blended with our best, refined, aged tobaccos selected from our most exclusive lots in our farms in Nicaragua,” said Eduardo Fernández, owner and founder of Aganorsa Leaf. “We are very excited to now share it with tobacco enthusiasts in the marketplace.”

Each of the cigars will wear a stark-white band with the word Aganorsa in script and a secondary band that reads Signature Selection. The secondary band features Eduardo Fernández’s signature.