Aganorsa’s Supreme Leaf brand will be getting a new Torpedo this summer, and the company is adding two sizes to its Aniversario Maduro line as well.

When Aganorsa Supreme Leaf debuted in late 2019, it was a one-size-brand, available only in the robusto format. Last year, the company added a Toro and, in February of 2021, the Corona Gorda. Next month, the brand will expand again with the addition of the 6-inch-by-54-ring Torpedo, which will be introduced at the PCA trade show in Las Vegas. It’s set to retail for $10.90 per cigar and is made with the same all-Nicaraguan blend as the rest of the brand. All the tobacco, including the Corojo ’99 wrapper, was grown by Aganorsa Leaf. Only 2,500 boxes of 10 are being released.

Aganorsa is also expanding its Aniversario Maduro line, which also began with only one size when it was introduced last year. This coming August, two new sizes should hit the market—a 6-by-54, box-pressed Toro and a 5 3/8-by-48, box-pressed Short Churchill. The Toro will only be available to attendees of the PCA show while the Short Churchill will go to the company’s select retailers. While both retail for $13.75 each and come in 10-count boxes, Aganorsa is producing 1,500 boxes of the Toro and only 1,000 boxes of the Short Churchill. The all-Nicaraguan blend showcases a shade-grown Corojo maduro wrapper and, like Supreme Leaf, is made only with tobacco grown by Aganorsa. 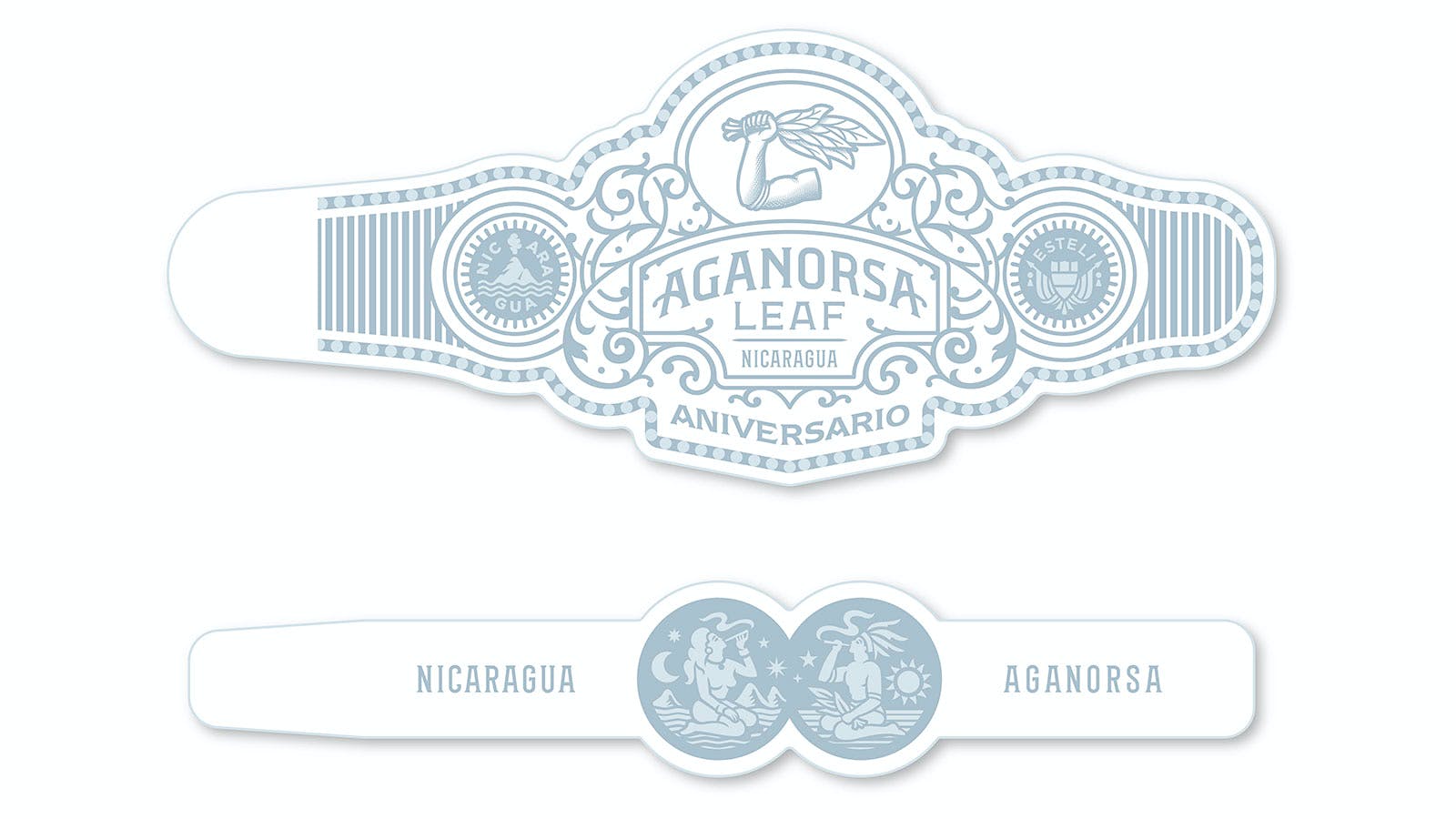 A rendering of the newly designed bands that will adorn the Aganorsa Leaf Aniversario Maduro cigars.

As part of the new release, the Aniversario Maduro series is getting a makeover with redesigned bands and boxes.

Both brands are produced at the Aganorsa Leaf factory in Estelí, Nicaragua. The factory and Aganorsa Leaf growing operation are owned by Eduardo Fernández.