Robert Fox in Cuba earlier this year. Fox, of James J. Fox Tobacconists, located in Dublin and London, went from retailer to auctioneer with his newest venture Bond Roberts.
Share

To say that the world of vintage Cuban cigars is a niche market would be an understatement. It would be more apt to call it a market within a market within a market. While some cigar retailers around the world have inventories of aged stock, the majority of vintage smokes lay slumbering in private collections. Even for those with plenty of financial means, acquiring these treasures can still be difficult.

Few men know this world better than Robert Fox. He’s managing director of James J. Fox (the oldest cigar retailer in the U.K., with locations in London and Dublin), and this year, he began a new venture called Bond Roberts, an online cigar auction that he started with internet cigar retailer Rob Ayala, who sells cigars via his Friends of Habanos website.

Cigar Aficionado’s managing editor Greg Mottola first discussed the new venture with Fox while in Havana earlier this year, and Mottola recently caught up with him for a Q&A where Fox spoke about his ultimate goal of bringing buyers and sellers together. Bond Roberts isn’t the only online cigar auction house out there, but, as rarified as the market is, Fox thinks there’s still room for another player.

Q: And the second factor?
A: Bottlenecks in the market for handmade Cuban cigars.

Q: What do you mean by “bottlenecks”?
A: Each local market has its own level and preference of demand, and each receives its allocation of cigars through the official Habanos supply chain. Sometimes the demand and supply don’t match. The result is that cigars are available but not in demand in some local markets, and are not available but in demand in others. So, lack of an efficient market for collectors to access aged, rare and vintage cigars—and mismatches in demand and supply in local markets around the world—is what inspired us. 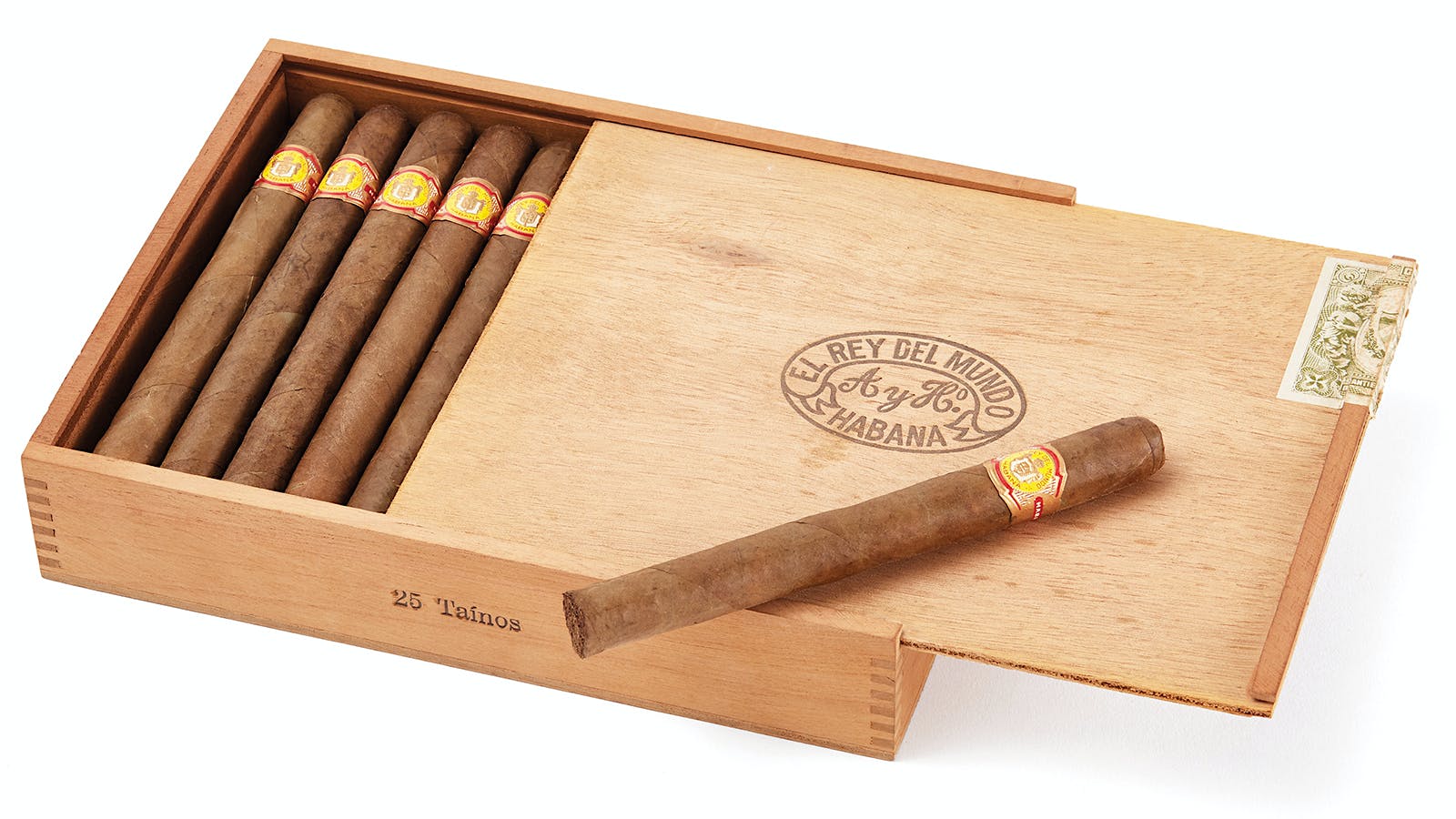 Q: Do you hold large-scale auctions with many lots, or do you just sell the lots piecemeal as they come along?
A: Auctions are three days [long], with each lot having a different end time. In our first month of business it had, on average, 30 listings up at any given time.

Q: Does the auction only deal in vintage cigars?
A: No, the site deals in aged, rare and vintage cigars. We describe “aged” as being more than three years old, “vintage” to be more than 10 years old and “rare” as being Regional Edition cigars and rarer. So far, the main areas of activity have been in aged cigars, more recent vintage cigars (10 to 20 years old) and in Regional cigars from around the world.

Q: Do you have anything even older?
A: We have sold some older vintage boxes: A cabinet of Hoyo [de Monterrey Le Hoyo] du Roi from 1978, for example, sold for $1,125. James J. Fox will be auctioning a collection of Fox brand Cuban cigars in the coming weeks—Hoyo de Monterrey Royal Hunt, Partagás Fox Selection, La Corona Policromia, Punch Néctares and Fox Centenary. 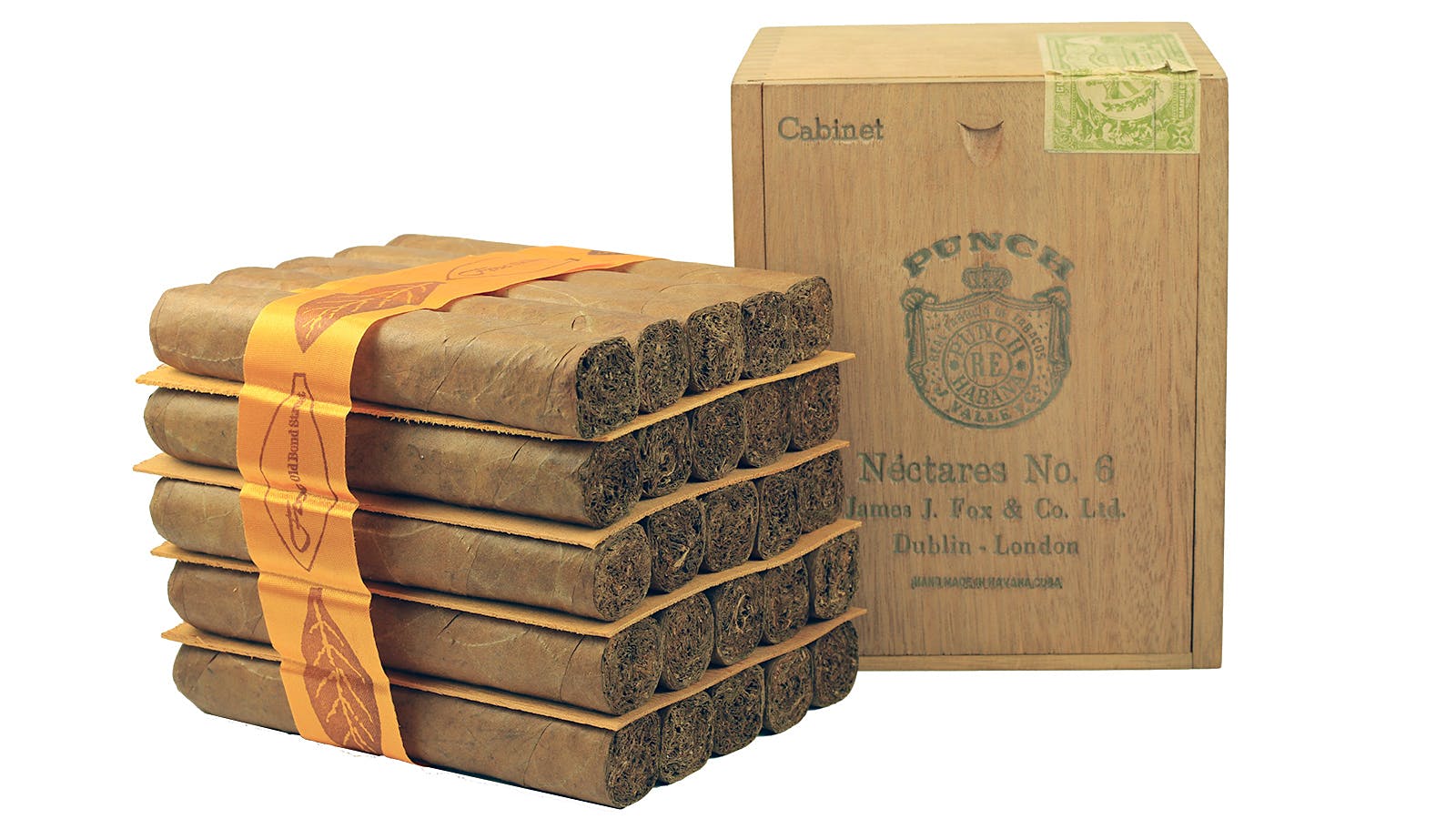 A true rarity in the cigar world, this box of Punch Néctares No. 6 cigars from 1968 was made exclusively for James J. Fox retailers and is expected to fetch a high price at auction. (Photo/Bond Roberts)

Q: How do you obtain the cigars for your auctions?
A: We receive listings from trusted sellers. All auctions attract a 13.5 percent buyer’s commission.

Q: So, the house gets 13.5 percent?
A: Correct, 13.5 percent from the buyer. Seller commission varies depending on the volume of sales the seller achieves through the site. It is 0 percent for a seller who sells more than $2,500 per three-month period.

Q: Can you walk me through the auction process?
A: First, a trusted seller lists a box on the platform. Then, a registered buyer bids until the auction ends. The successful buyer and seller agree to a post-auction handling arrangement and fee through communication in the in-platform messaging system. The buyer pays by online credit card payment.

Q: Are your sellers also your buyers?
A: A registered buyer is someone who has registered on the platform, a process which includes a credit card verification step. A trusted seller is a registered buyer who has applied to be a seller and whose references we have checked.

Q: Do you have many registered buyers?
A: We are at 1,700 registered buyers at this stage and 100 trusted sellers. Obviously, the character of the seller is of the highest importance, so if we receive an application from someone who isn’t immediately known to us, we take up references from the cigar industry and develop an understanding of their standing in the cigar community before authorizing. 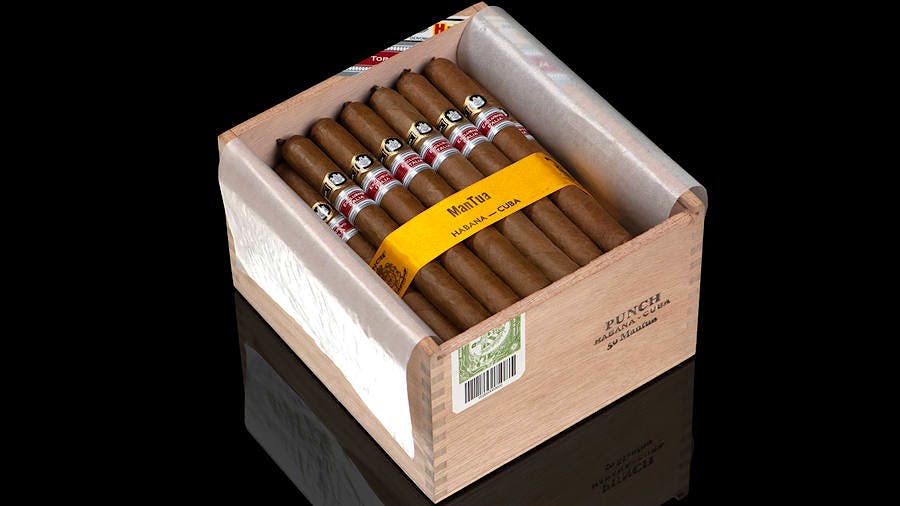 A 50-count box of Regional Edition Punch ManTuas made just for Italy commanded $1,000.

Q: What currency are the cigars priced in?
A: The platform is priced in U.S. dollars as USD is recognized as the currency in which Cuban cigars are traded, historically and to the present day. International trade between the production industry and the importers, pre- and post-revolution, is priced in USD. If we quoted in British pounds or Australian dollars, we would be operating with a minority currency. It’s generally accepted that the U.S. dollar is the market’s preferred price. 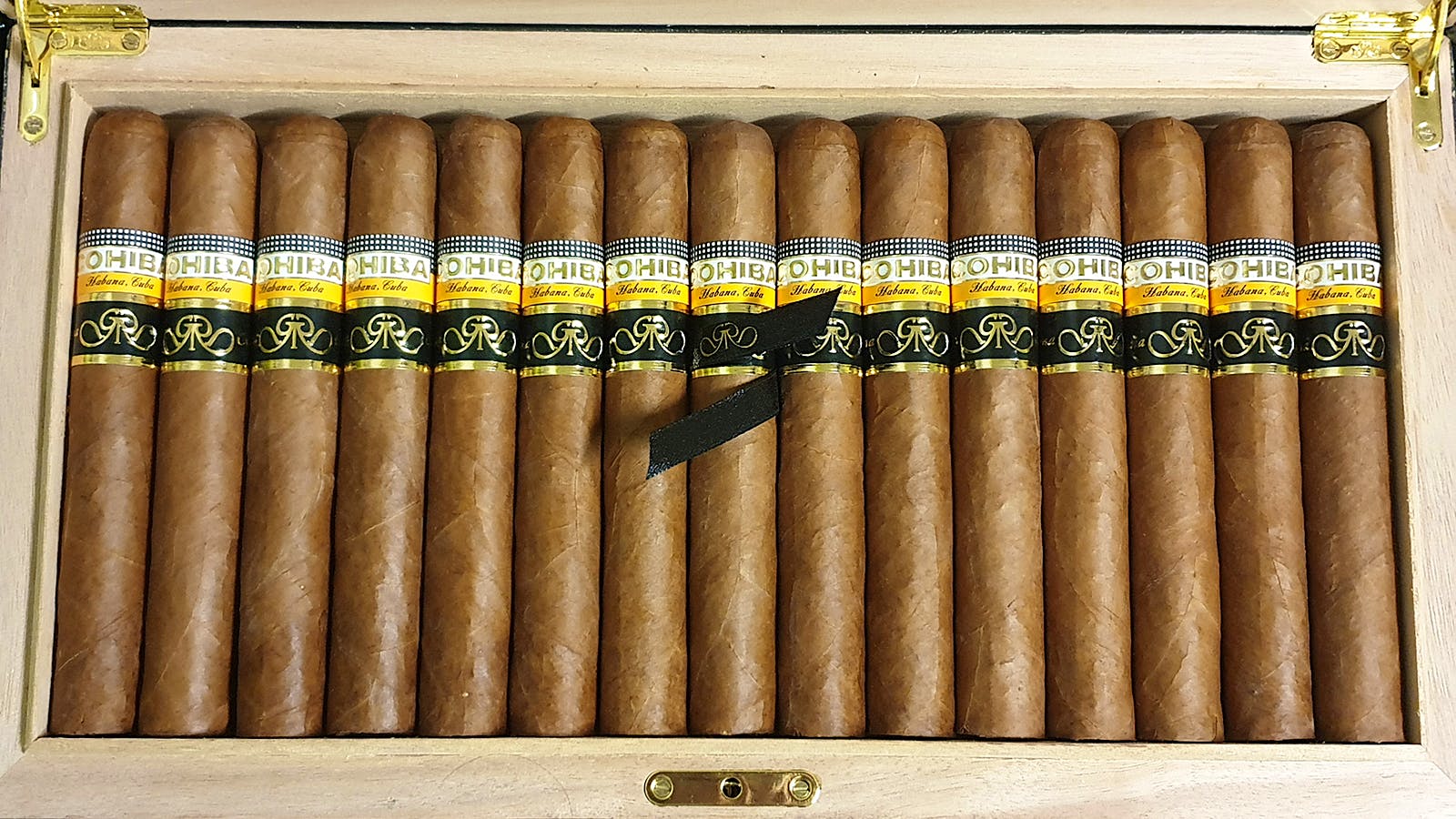 This box of Cohiba Siglo VI Gran Reservas from 2009 was the priciest lot sold to date. It closed for more than $12,000. (Photo/Bond Roberts)

Q: Like wine and art, there’s a proliferation of fakes in the vintage cigar market, especially in cases where counterfeiters sell loose Dunhills and Davidoffs without their boxes. How do you ensure authenticity?
A: We don't allow listings of single cigars, only full boxes. Certainly, a Dunhill or Davidoff would raise a flag for us, and we’d check the vendor and images and back story. If we weren't happy, we'd just inform the buyer that there was insufficient provenance to authorize the listing. It would be a similar situation with well-known fakes. For example, a Montecristo No. 2 Gran Reserva would have a more in-depth vetting process than normal. Furthermore, we do a deep check on all vendors. If they’ve ever been involved in the sale of a counterfeit cigar or in a deal that went south, we wouldn’t authorize it unless an honest mistake was made and all affected parties were made good.

Q: How did you come up with the name Bond Roberts?
A: We actually got the “Roberts” bit first, because Rob Ayala and I are both Roberts. We attached the “Bond” to differentiate the name from thousands of “Roberts.” It has a couple of origins, but the principal one being that Rob and I have a close bond, but other factors gave it resonance. The platform is about trust and cigars and bonds/bonding have close relationships, so “Bond Roberts” was the result.

Q: Why not just leverage the Fox name? It carries weight in the cigar world. Don’t you have an international reputation?
A: We wanted to avoid reference to James J. Fox and to Friends of Habanos because, firstly, Bond Roberts is a joint venture, with each of us owning 50 percent. Secondly, the business model is different to those employed by James J. Fox and Friends of Habanos, so it was important that it stands alone. And thirdly, we wanted the platform to be attractive to other retailers.

Q: Would you consider vintage cigars a niche market?
A: The market is relatively small, but we estimate the secondary market in collectable, or potentially collectable Cuban cigars to be in excess $25 million per annum. While this is small relative to the overall market for handmade cigars—and is too small for most businesses to find attractive—it is not too small for us or our clients. We’re passionate about aged, rare and vintage cigars, about collecting, exploring and interacting with each other. So, to us, it’s our universe.

The Magazine That Almost Didn’t Happen

The untold story of Marvin R. Shanken’s original cigar plan, and how it would have kept him from …