This past week in Newport, Rhode Island, car enthusiasts from across the country and Europe gathered to celebrate vintage automobiles that pay homage to the history, luxury and sport of past eras. The 2022 Audrain Newport Concours and Motor Week was capped off on Sunday with Concours d’Elegance, the finale of the week that showcases a selection of meticulously curated cars and determines various best-in-class winners, none more coveted than the ‘Best of Show’ trophy. This top honor was awarded to a 1930 Bentley Speed Six owned by William Medcalf of Vintage Bentley. 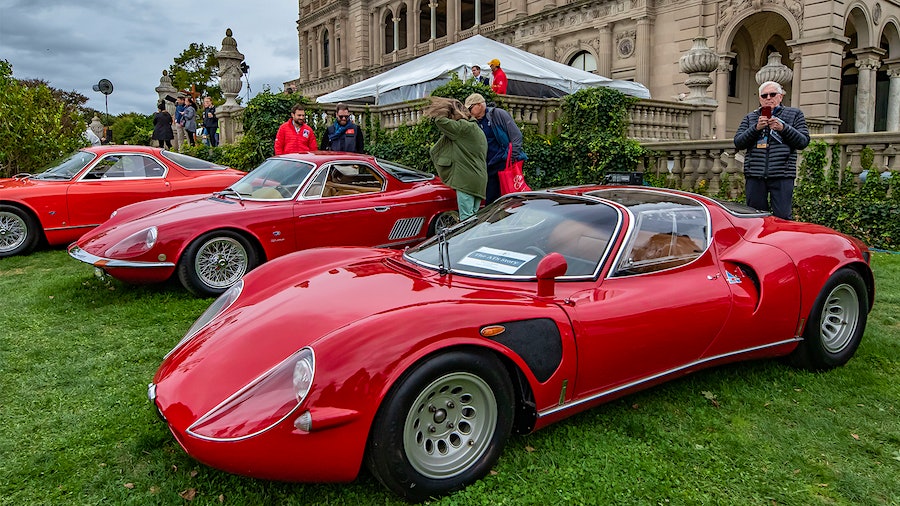 The matching-numbers Speed Six Bently was the second of two ever made. It was originally gifted to Viscount Mandeville, the 10th Duke of Manchester. The current owner’s father bought the car in 1982 and the vehicle has stayed in the family ever since, traversing across the globe for others to appreciate. In a remarkable twist of fate, a few years ago, the original coachwork for the vehicle became available and the owner reunited the original body to the chassis, bringing the car back to exactly how it was when it left the factory nearly 100 years ago.

The third annual Audrain Newport Concours and Motor Week spanned nearly a full week, beginning on Wednesday and ending with the finale Sunday. Throughout the week there was a wide range of activities for attendees and members to indulge in, including seminars, cocktail hours and networking events, autograph signings, car showcases and more. Altadis U.S.A. Inc. provided Montecristo and Aging Room cigars at several of the functions. Plus, the famous ex-talk show host and renowned car enthusiast Jay Leno was in attendance. 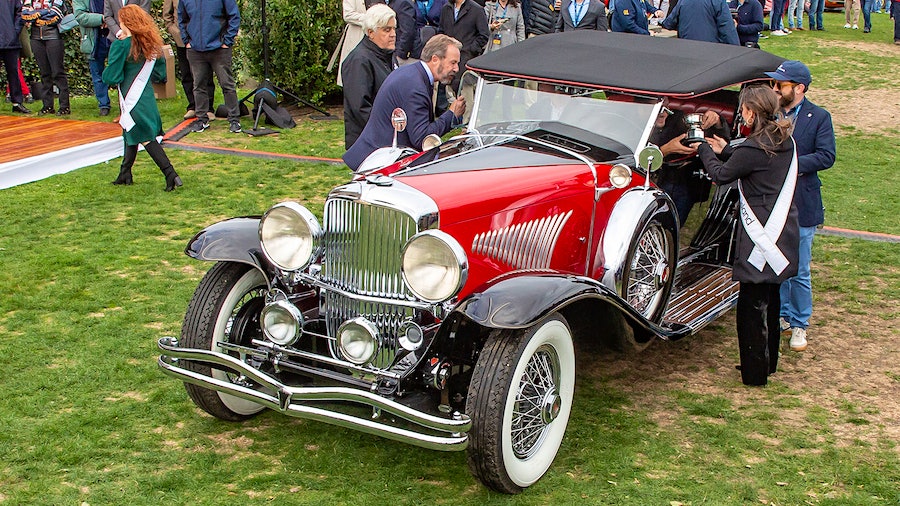 The entire week led up to the culminating Concours d’Elegance on Sunday which included 180 cars and 65 judges from five countries. The 180 cars, and even the judges, were chosen by a selection committee that worked year-round to find the best-of-the-best. While the crown jewel of the Concours d’Elegance was of course the ‘Best of Show’ trophy, there were a number of distinct classes the cars could compete in, primarily small time periods from 1900 to 1980, further delineated by specific categories, such as European Luxury 1920 to 1935 or American Sports Cars 1945 to 1980. Another category at the event was dubbed the 30 Under 30 Concours class, which included car owners under 30 years old who have built their cars with less than $30,000.

Along with the ‘Best of Show’ winner, another prominent honor, the ‘People’s Choice’ award, was bestowed upon a 1931 Bugatti Type 51 Dubos Coupe from the Nethercutt Collection in California. 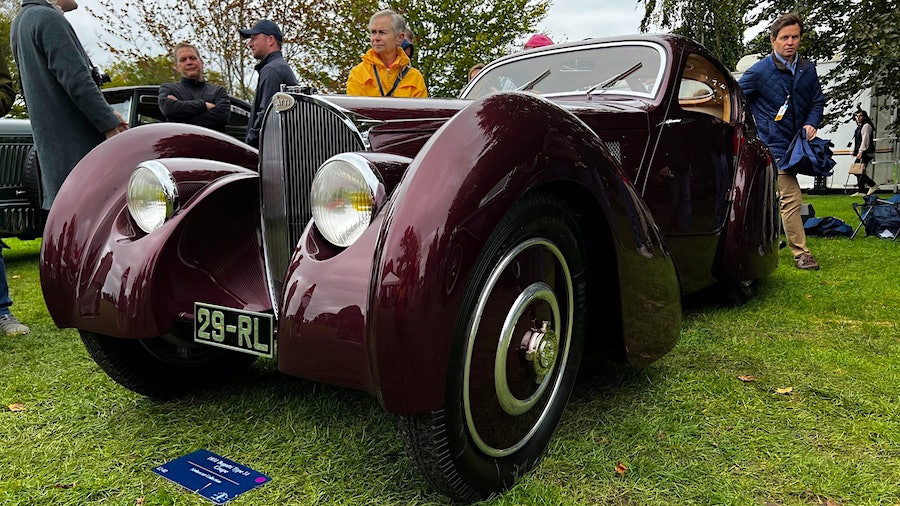 The Concours d’Elegance took place at the Breakers Mansion, a former home of the Vanderbilt family and the most famous of the ‘Newport Cottages,’ mansions built in Newport in the 1800s by the wealthiest people in America to be their summer homes. This once coastal escape for society’s elite has a deep history with automobiles, in particular. Willie K. Vanderbilt, one of the greatest car enthusiasts of the early twentieth century and an heir to the Vanderbilt fortune, is said to have organized and raced in the first ever automobile race in America at the nearby horse-racing track in Newport on September 6, 1900. Willie K. is featured on the Concours ‘Best of Show’ trophy and his passion for cars helped cement Newport’s legacy in the automobile world, making it the perfect location for this particular car show. 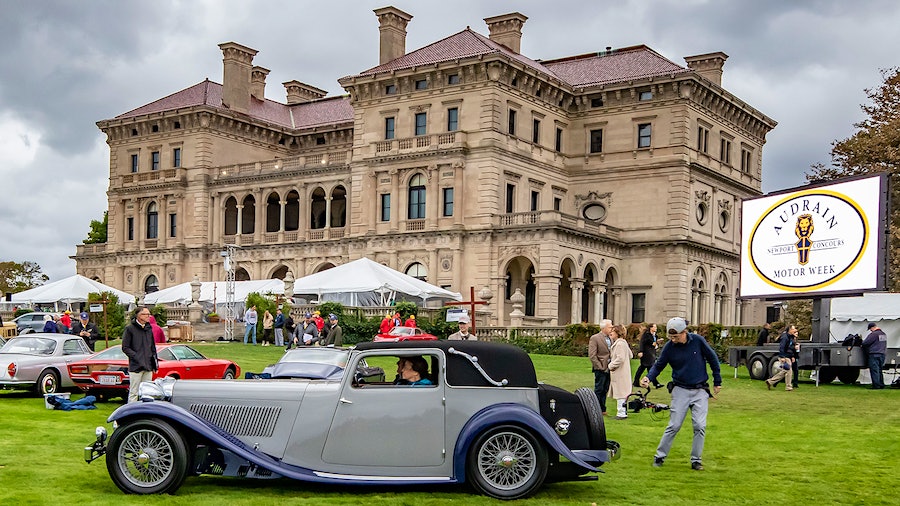 The next Audrain’s Newport Concours d’Elegance will be held on Sunday, October 1 as a part of the 2023 Concours & Motor Week beginning on September 28, 2023.

Read Next: Little Book Gets A Finishing Touch