The Ramon Allones Private Stock 230, a Cuban Regional Edition cigar made exclusively for the United Kingdom, has been officially released. While these cigars had a preliminary launch as part of a larger, commemorative humidor set earlier this year, the Private Stock 230 is now offered on its own in more traditional, 25-count boxes. 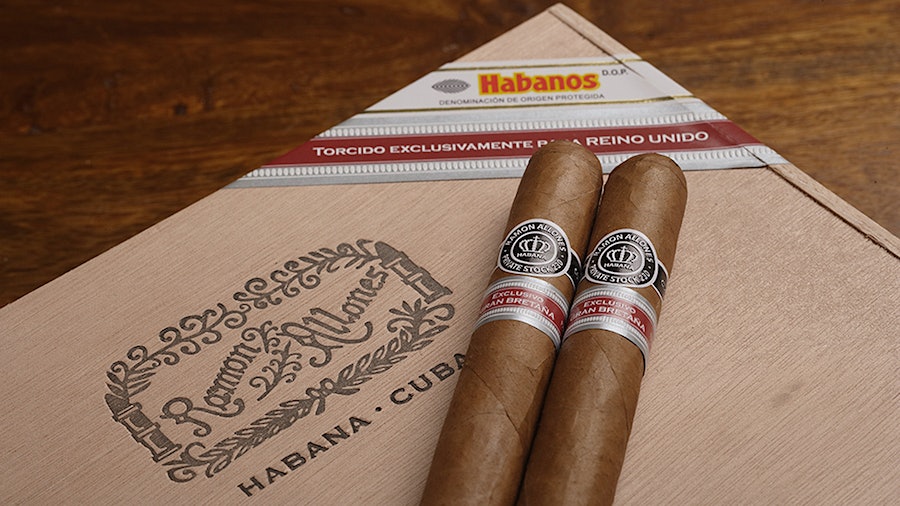 Originally planned for 2020, the Ramon Allones Private Stock 230 was created to commemorate the 230-year history of Hunters & Frankau, the Habanos distributor for the U.K. region. The cigar measures 6 3/4 inches long by 50 ring gauge and shares its dimensions with the Por Larrañaga Magnifico, a previous U.K. Regional Edition from 2007. In Cuban factories, the size is known as Partagás 16. Only 3,600 boxes are being produced. Each cigar has a suggested retail price of £79.50 each (about $94), or £1,901 per box (about $2,243).

This release is a period piece of sorts. Private Stock was originally the name of a cigar in the Ramón Allones line when the brand was owned by Hunters & Frankau. The yellow ribbon in the box and vintage, out-of-print band are both recreations of Private Stock’s original presentation.