Scotch, Irish, Canadian and American whisky all have centuries of heritage, as well as colorful anecdotes that include moonshining, bootlegging and even a rebellion. But how many Western whiskies have inspired a TV soap opera? Japanese whisky has. And if that’s not a sign that this spirit has arrived, consider that it is achieving enormous growth in American consumption and that a whisky from Japan is the reigning Whisky Advocate magazine Whisky of the Year.

Not so long ago, the young Japanese whisky industry didn’t have that cache—at least among the uninitiated. In 2005, when Bill Murray mugged with mock intensity in the movie Lost in Translation about “Suntory time,” his passion played like a goof to American audiences. Today, you’d be doing yourself a disservice by not recognizing that it is time for a host of excellent Japanese whiskies that translate into brilliant partners for cigars.

In less than a decade, Japanese whisky imports to America have grown some thirtyfold, going from 13,000 proof gallons in 2010 to 401,000 in 2017 according to Impact Databank. That not only includes the blended whiskies for which the country had been most known internationally, but some of the exalted single malts that are finally reaching our shores. 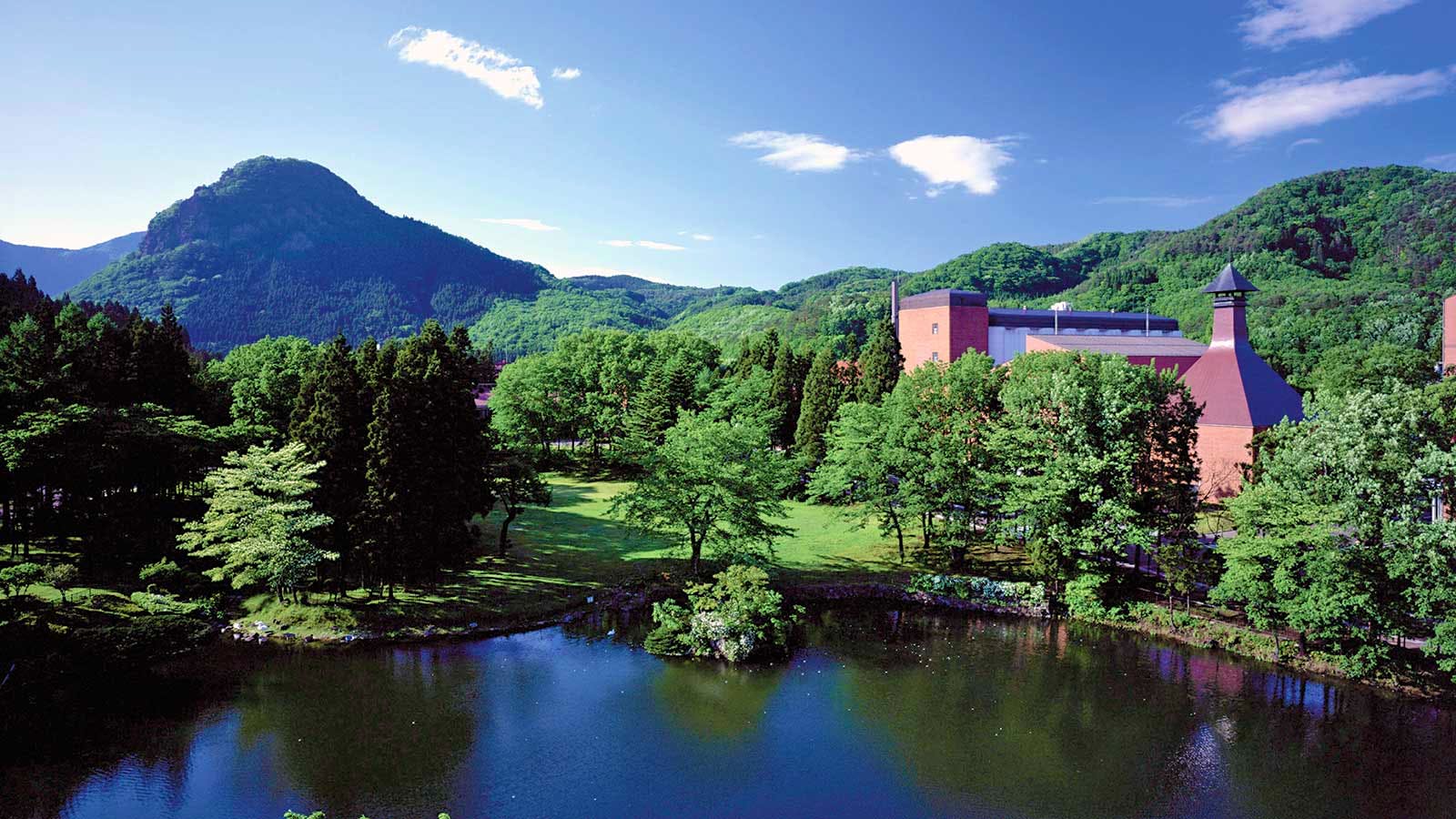 As in Scotland, the Japanese placed their distilleries in mountainous venues (Miyagikyo, this photo) as well as near the coast.

One impediment to Americans embracing Japanese whisky has been the supply conundrum: A market can’t grow without available goods, but the goods often don’t become available without growth. That barrier is crumbling. The above-mentioned Whisky of the Year, Nikka Whisky From the Barrel, holds cult status among whisky cognoscenti and has been around for three decades, but wasn’t shipped here. That changed in 2018.

Another stumbling block has been perception. A pervasive feeling was that Japanese whisky was simply a poor imitation of Scotch without an identity of its own. You can dismiss the descriptive “poor” right away. Japanese liquor is of high quality and not particularly cheap, with many bottles retailing for hundreds of dollars. Hibiki 17, for example, carries a pricetag of $150, when you can find it. Yamazaki 18 sells for $250. And while it undeniably occupies a space near Scotch on a tasting wheel, Japanese whisky has its own distinct character, with a separate sensibility and its own particular tasting notes. The easy cliché of cultural comparison would be that Japanese whisky is exotic and ethereal next to forthright Scotch. Translated into straightforward tasting notes, that means you’ll find such Asian flavors as ginger, eucalyptus, plum, sandalwood and incense in Japanese versions.

The notion of a Scotch/Japanese connection didn’t appear out of thin air. The two whiskies have a long history, which also happens to be the basis for the soap opera “Massan.” While the television show takes liberties with the facts for added drama, the general story is correct. Masataka Taketsuru, a talented young distiller, traveled to Scotland in 1918 to study chemistry at the University of Glasgow. After apprenticing at three distilleries, he returned with a Scots wife, Rita Cowan, and a purpose: to make “real whisky” in Japan. Taketsuru went to work for Shinjiro Torii, a liquor dealer who founded what would become Suntory. Together they opened the Yamazaki distillery in 1923. Taketsuru would split from Torii and, with his wife, founded the Yoichi distillery in 1934. The resulting company would become Nikka.

The two men weren’t the first to make whisky in the country. But they did create the first dedicated whisky distilleries (that is, they weren’t Sake or fruit liqueur facilities that made whisky on the side). Like many Scotch distilleries they were located in vales, near excellent water sources, and they borrowed the shapes of their copper pot stills from Scottish examples.

Despite any efforts to replicate the Scotch style, the new venue would end up putting its own stamp on the spirit. One reason was a matter of national taste. The Japanese people often preferred light blends to use as part of a highball. After Suntory’s first blend proved too heavy and smoky, subsequent efforts reflected Japanese preferences.

The two countries also take different approaches to the business of blending. In Scotland, blenders can procure a host of single malts from among the 100 or so distilleries in that country to create their distinct products. No such trading between distillers and blenders exists in Japan. To achieve complexity, a blender must create a range of components. One way to do that is to operate more than one distillery, using different venues. Suntory has three: Yamazaki, Hakushu and Chita. Nikka has two: Yoichi and Miyagikyo. In one facilty a number of styles can be made. Distilleries coax out different flavors using various barley strains, yeasts and peat levels. Other methods are lengthening the fermentation time of the mash or using novel filtration media, such as bamboo.

As with any whisky, the wood in which it is aged is of paramount importance, and the Japanese use many variants. Now a huge company including Jim Beam and several Scotch makers, Suntory has access to a spectrum of casks. But during World II, it was cut off from American and European oak, so mizunara, an indigenous oak, was pressed into service. While that moist wood is more susceptible to leaking, it is still used today for its incense note. For its impressive Hibiki blend, Suntory also finishes some whisky in casks formerly used to store umeshu, a popular Japanese plum liqueur.

When you start to consider all the variables available to the industry, you get a sense of how Nikka Whisky From the Barrel can claim to have 100 or more different constituents in its blend. You also begin to understand that when East meets West in the art of whisky making, it is foolish to make facile assumptions.