Spain has dressed up the Hoyo de Monterrey Petit Robustos with a new, boldly branded humidor that holds a box of these short Cuban cigars.

Made in limited quantities, this release is essentially a box within a box, as the cedar humidor is designed to contain one standard slide-lid cabinet of 25 Hoyo de Monterrey Petit Robustos. The Hoyo de Monterrey branding is overstated, and the humidification device has been installed in the humidor’s inner lid. 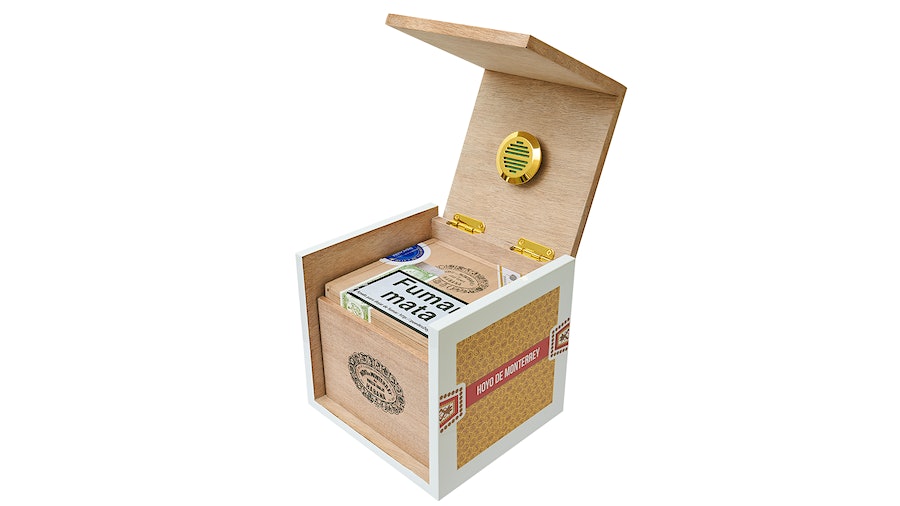 According to Spain’s regional Habanos distributor, Tabacalera S.L.U., the humidor will retail for 292.50 euros (about $289) when it hits the Spanish market this month. The Petit Robustos are current-production cigars, unlike the aged cigars that come in Spain’s ceramic jars.

There is no mark-up for this package, as the suggested retail price is the same as a regular box of Hoyo de Monterrey Petit Robustos. Only 1,000 humidors were produced.

Read Next: Cuba Has A New Montecristo: Wide Edmundo Premieres In Spain