The numbers are in, and they are extraordinary. Last year, 456 million handmade cigars were shipped to the United States, according to the Cigar Association of America. Shipments were up by 25.3 percent over 2020. Cigar retailers said that imports only tell part of the story—cigars are also selling in record numbers.

“It was an absolutely phenomenal year, double-digit growth from the year previous—and 2020 was pretty good,” says Gary Pesh, who has been selling cigars since 1980. Pesh, of Old Virginia Tobacco Co., owns seven stores. “It really was one of the better years we’ve had.”

Jeff Borysiewicz, owner of Corona Cigar Co. in Orlando, Florida, calls the year “the best I’ve ever seen,” he says. He’s been selling cigars for 26 years.

All three of the major cigar-producing countries posted gains in 2022, all of them significant. Nicaragua, the market leader by far, shipped 240.9 million handmade cigars in 2021, an increase of 29.4 percent over 2020’s numbers. (Nicaragua accounts for more than half of handmade cigar shipments to the United States, 52.8 percent.) The Dominican Republic posted a gain of 22.5 percent, shipping 129.5 million cigars. Honduras had an increase of 18.3 percent, to 84.2 million handmade cigars. 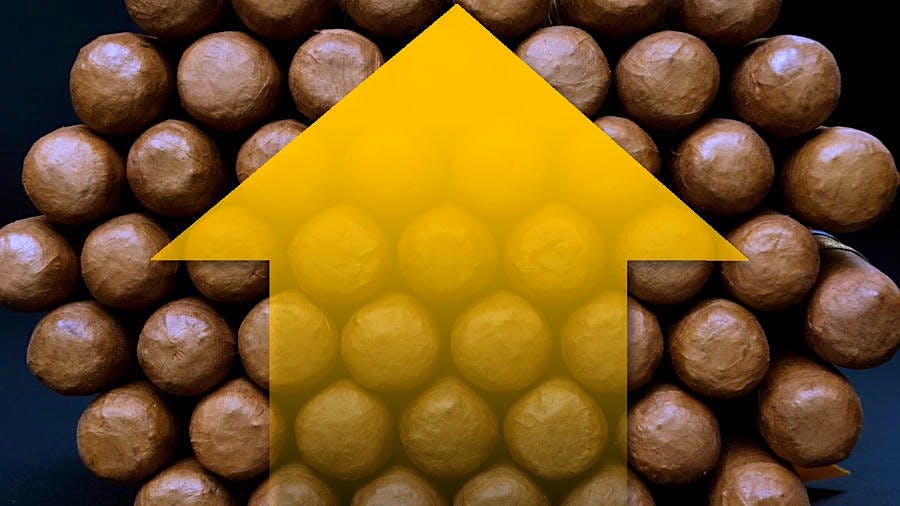 The strong 2021 followed a fairly strong 2020, when 361.3 million handmade cigars were shipped to the United States, a seven-percent increase over 2019 numbers. That growth came despite pandemic shutdowns in cigar factories—particularly in the Dominican Republic and Honduras—in the first half of 2020. The gains were particularly strong in late 2020, with a stunning 71 percent increase in December 2020 when compared to December 2019.

By comparison, December 2021 was not as good. It was almost inevitable to disappoint, given the showing in December the previous year, but December cigar shipments were down 23.8 percent compared to December 2020.

Looking back, before the 1990s, handmade cigar sales in the United States were small. Imports were at or below 100 million units. Between 1977 and 1992, annual premium cigar imports ranged between 73 million and 103 million cigars, according to the Cigar Association of America. Cigar sales in America exploded in the mid 1990s, climbing to 136 million cigars in 1995, 243 million in 1996 and 418 million in 1997—three years that were the most robust that anyone alive could remember in the world of cigars.

Cigar shipments cooled after 1997, then climbed back. The past decade has been a good one for cigars, and this was the tenth year in a row that cigar imports exceeded 300 million units, and the first year since 1997 when imports were more than 400 million units.