Just a short water taxi ride from the Washington D.C. waterfront, across the Potomac from the new MGM Casino and Maryland’s National Harbor, sits Old Town Alexandria. This historic Virginia city is a living contrast between the past and the present, juxtaposing 18th-century infrastructure with gleaming new building developments.

Some of the nation’s founding fathers once walked these streets—George Washington’s Mount Vernon is located less than eight miles away. Today, this port-town escape is a hotspot among tourists and local Capital Beltway residents alike. King Street is the heart of Old Town, particularly around the cobblestone portion near the end of the street where vehicles aren’t allowed and the waterfront opens up. In this often crowded and energetic block, a visitor’s eyes are drawn to many alluring establishments and attractions, so it’s easy to miss the old brick building with faded red awnings just off the corner of King and South Fairfax. But this humble-looking spot is the home of 219 Restaurant, and it might be the area’s biggest gem, especially for cigar and music lovers. 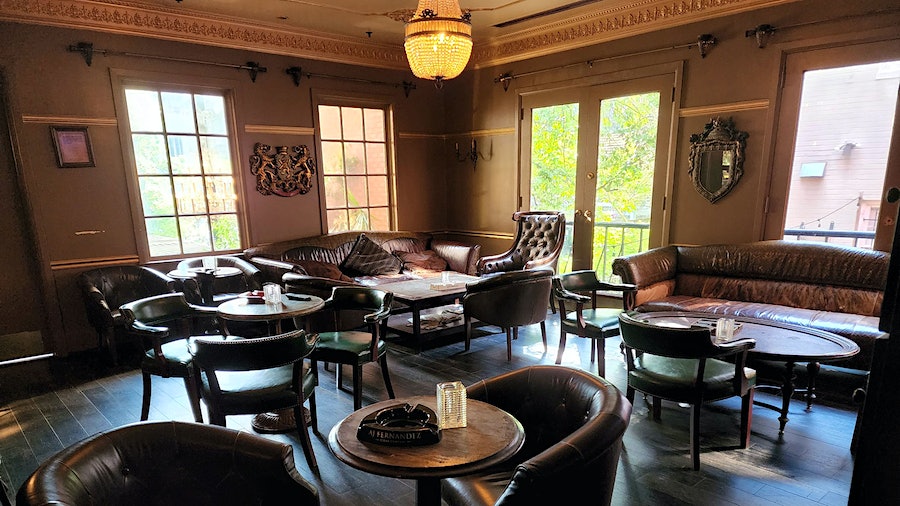 The Cigar Room at 219 has plenty of seating and is adjacent to the bar and the Basin St. Lounge where live music plays every night.

Open since 1979, 219 has an interior meant to replicate Victorian-era architecture but with a sprinkle of southern culture and hospitality. The restaurant side of the business can be considered the foundation of 219, but to understand the full character of this unique place, one must know the different experience offered on each of its three levels.

As you go through the main entrance of 219, you’ll find yourself in the Dining Room, the ground floor where guests can expect a traditional fine-dining experience. If you’re a fan of that French Quarter flavor, then this is as good as it gets in Old Town Alexandria. The basement level on the other hand, known as the Bayou Room, resembles that of your typical bar. Foot traffic naturally gravitates here later in the evening with the presence of a live DJ and colorful lights that sneak through the basement windows and onto the sidewalk. The crown jewel, however, is the top floor, where cigar and music fans can be found in abundance. 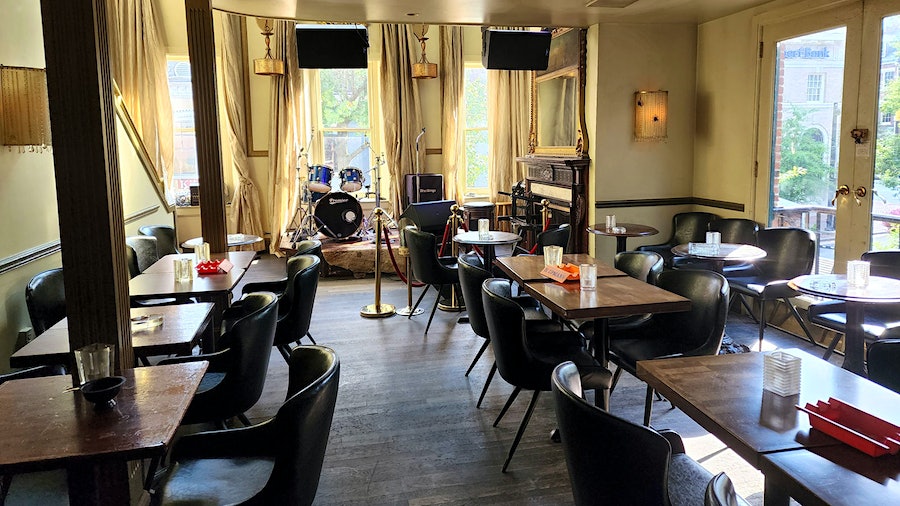 The Basin St. Lounge offers an intimate setting to enjoy your cigar and live music.

As you head up the stairs from the Dining Room, you’ll be faced with two conjoined sections of 219, the Cigar Room and the Basin St. Lounge. Straight ahead from the top of the stairs is the Cigar Room which features big leather couches and chairs, an assortment of cocktail and wooden tables and a flat-screen TV. Open entryways surround the room, leading over to the bar and the Basin St. Lounge. The hefty wooden bar is long with plenty of seating and an impeccable selection of spirits. Though you’ll surely find your eyes perusing the impressive collection of liquors, your attention will be quickly won over by the spirited jazz and blues music coming from the stage to your right. If you want a more intimate view, there’s also seating and tables closer to the stage. This spot has earned a reputation not just for the quality of music but the frequency in which it is played, as every single night features live, soulful performances on the second floor.

The atmosphere and crowd in the Cigar Room and Basin St. Lounge is about what you’d expect. The lighting is very dim, both rooms are often filled with people and cigar smoke, the music is loud and the energy in the room is simultaneously upbeat and relaxed. The top floor at 219 is a favorite among cigar-loving locals. One glance down the bar reveals patrons basking in comfort, looking as if they were in their own home. Some contently sit eating a full meal while others slowly puff their cigars while lost in music and thought. Non-locals are prone to drift in, or perhaps drift up, as from the outside 219 simply fits the bill of a well-established French-Creole restaurant. Nevertheless, the environment is welcoming, whether you're an out-of-town novice or a regular aficionado. 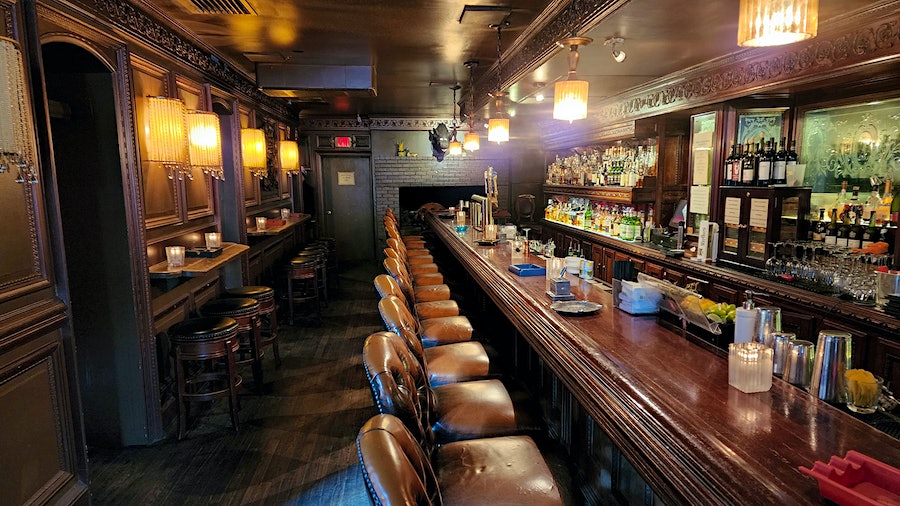 The large bar at 219 is a favorite among local patrons who cozy up with their cigars and a fine beverage.

While 219 doesn’t lack in perks on the cigar side of things, perhaps the most appealing element is that it doesn’t require any sort of membership and you can bring your own cigar without paying a cutting fee. There’s no cost to enter on weeknights, and there’s a modest $5 cover charge on weekends. Humidified cigar lockers are available to rent for an annual fee of $349.

While you can bring your own cigars, don’t be afraid to rely on 219’s cigar menu, which packs plenty of high performers. Some of the menu highlights include Arturo Fuente Hemingway Short Story, Alec Bradley Prensado Churchill (2011 Cigar of the Year), H. Upmann Nicaragua AJ Fernandez Heritage Churchill and Padrón Serie 1926 No. 6 (the No. 2 Cigar of 2019). There is also a distinguished and extensive menu of whiskies that covers all varieties and sources, with Scotch from Speyside, the Highlands and other regions; American Whiskeys and Bourbons; selections of Irish and Japanese whiskies and so much more.

The next time you're in the Nation’s capital, escape a short ways down the Potomac to Old Town Alexandria and step back in time at 219. You may find you’ll never want to leave.

Read Next: Where To Smoke: Schweizerhof Hotel, Zermatt, Switzerland