An emotional Jorge Padrón had to stop speaking for a moment in mid-sentence. Tears began to well up a bit as he started to talk about his late father’s philosophy of quality and consistency—a philosophy that has led the company to countless high scores in Cigar Aficionado magazine and to win the Cigar of the Year award four times, more than any other company, but this was the first time the award had come without the presence of Jose Orlando Padrón, Jorge’s father and mentor, who died in 2017.

Since the Padrón 1964 Anniversary Series Torpedo was named 2021’s Cigar of the Year, it’s been difficult to find, but on this particular morning everyone was able to experience the cigar and smoke the Nicaraguan torpedo with its maker.

Cigar Aficionado executive editor David Savona, who hosted the seminar, puffed his cigar patiently, letting Padrón collect his thoughts. The two were up on stage in a moment of silence and the audience waited respectfully. Meanwhile, the hotel staff at the Seminole Hard Rock was busy pouring a few ounces of Lagavulin 11-year-old Offerman Edition: Guinness Cask Finish into everyone’s glass. It’s Whisky Advocate’s 2021 Whisky of the Year and the whole point of the seminar—to pair two colossal products by two companies at the very height of their craft. The smoky smell of peated Scotch immediately emanated from each whisky glass as Padrón still searched for the right words. 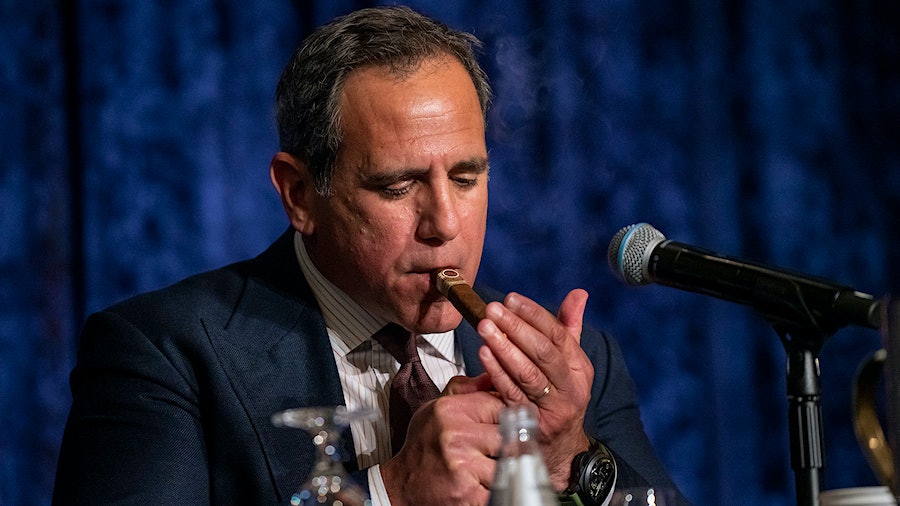 Jorge Padrón lighting up the Cigar of the Year, the Padrón 1964 Anniversary Series Torpedo

“It’s ok, brother,” said a voice from the crowd. Padrón then shook off his tears and continued.

“It would be foolish of me to try and change what we’ve done for all these years,” Padrón finally said. “My dad’s philosophy early on was that he was going to make the cigars that he wanted to smoke.” He paused, then added with a smile: “My job is to not fuck this up.”

So far, it seems that Padrón is staying on course. At the final morning seminar, guests were part of an event that is quite unique to Big Smoke Meets WhiskyFest: the pairing of Cigar Aficionado’s Cigar of the year with Whisky Advocate’s Whisky of the Year. This year, that meant the Nicaraguan Padrón with the Lagavulin 11-year-old Offerman Edition, a peated Scotch finished in a Guinness stout cask. It was made in collaboration with Scotch enthusiast and actor Nick Offerman, best known for his role as Ron Swanson on the television series “Parks and Recreation.”

“When I started in the family business in 1990, I approached my father with an idea of making a cigar that would be different,” Padrón said. “We already had a winning product but I convinced my dad to come up with a cigar to celebrate the company’s 30th anniversary in 1994. That’s how the 1964 Series was born. He had his ideas as to what kind of cigar he wanted to make, something more full bodied than what we had at the time, but consistent and well-balanced, and not overpowering. Something that would offer complexity.” 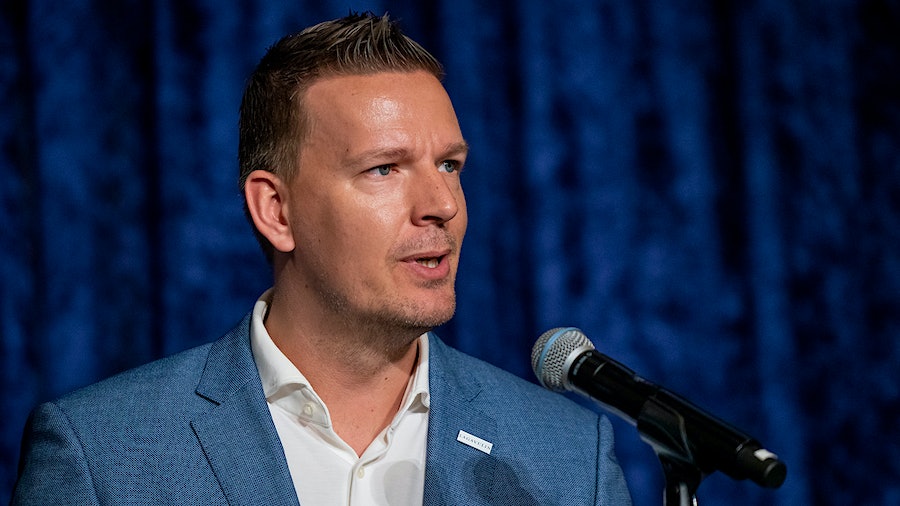 After smoking about a quarter of the Torpedo along with the audience, Savona then called up Rasmus Just to talk about the Scotch. He serves as a national Scotch educator and brand emissary for Diageo, owners of the Lagavulin brand.

“There are nine distilleries on Islay, and Lagavulin is one of the top distillers,” he said referring to the region of Scotland where Lagavulin is made. “It’s been distilling spirts and smoky whisky since 1742. We’re standing on shoulders of giants. So just like Padrón, we have to make sure we don’t screw that up either.”

According to Rasmus, this Lagavulin has little copper contact during distillation, which adds to its rich character, while the cask finishing in Guinness Stout barrels adds balance and a sweet character that rounds out the smokiness of the peated Scotch. Lagavulin is a peated spirit meaning that the barley used for the Scotch was dried via peat fire. Peat is a compact accumulation of decayed vegetation found in the local turf of Islay.

“We kind of are in the heavily peated territories,” Just added. “We get all our malt from Port Ellen.” Peat is measured in ppms, or phenol parts per million. The higher the number, the smokier the Scotch. “Lagavulin is around 35 ppm. That is not the highest. We’re in the medium range compared to other producers in Islay, but the way we distill brings out the sweetness. Other peated Scotches have more of an ashy style.” 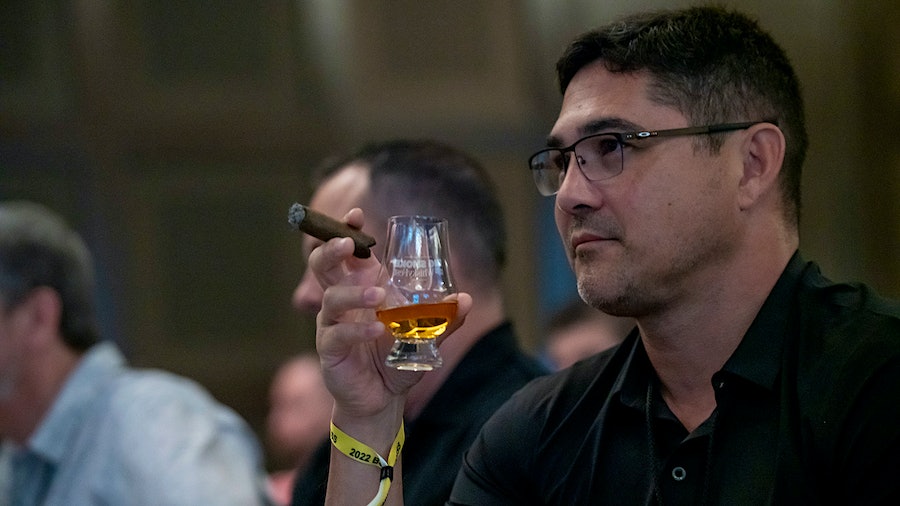 As for the compatibility of the Padrón and the Lagavulin? The Scotch has an undoubtedly smoky aroma and undertone on the palate. This cannot be denied. But its sweeter notes of chocolate, honey toffee and baked orange found synergy with the cigar’s rich, opulent notes of cocoa bean, hazelnut and wood.

As the seminar came to a close, Savona took another sip, a few more puffs and said to Padrón: “You definitely did not screw this one up.”

Up next, read about the first seminar of the day: A Family Affair: The Alec Bradley Story.