Getting to Cameroon, West Africa, is a long, arduous journey for most visitors, and the man who supplies much of the premium cigar world with that country’s prized tobacco made a considerable journey of his own to be at the Big Smoke Las Vegas. Jeremiah Meerapfel, the chairman of Meerapfel Companies, travelled all the way from Belgium to Las Vegas to talk about growing Cameroon tobacco. Leading the discussion with him was Cigar Aficionado managing editor Gregory Mottola.

Meerapfel, who was decked out in his trademark Stefano Ricci suit and Borsalino hat, was an emphatic speaker, who spoke of his family’s long history of tobacco and their involvement with Cameroon. Don’t let the clothing fool you. The outspoken tobacco grower isn’t afraid to get dirty in the fields, and is no stranger to long trips. When he goes from Europe to Cameroon, the long flight is just the beginning. 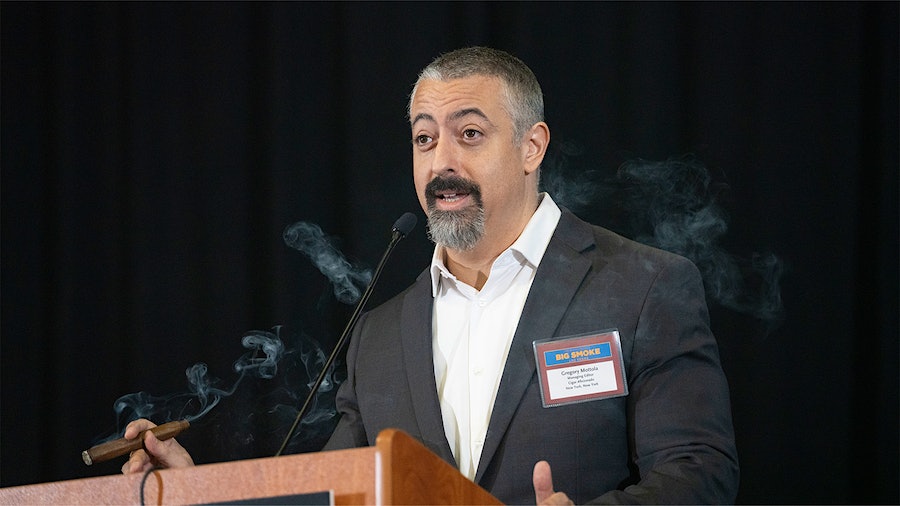 Managing editor Greg Mottola led the audience on a journey to Cameroon, in Western Africa.

The meat of his journey involves a drive of hundreds of kilometers east to the fields, places in the middle of the second-densest rainforest on the earth with “very bumpy” roads, eight to 12 hours of driving, depending upon their condition, which can often be bad. But the trip brings him to what he likes to call “the most beautiful and magical environment, the rainforest at its purest.”

Cameroon is unlike most other wrapper tobaccos for many reasons. First, it is grown on a continent that is completely isolated from the rest of the cigar world. There are no cigar factories there, and the country is far from the Caribbean and Central America, where most cigar are rolled. The fields are tiny, cut from the lush rainforest and reachable only by a long, turbulent journey. Poisonous snakes and other wild animals only add to the troubles.

“You need to be very patient and very resilient,” he has said.

Meerapfel recently began making his own cigars in extremely limited quantities, cigars too rare to share, but there was one cigar included in the Boveda bag that’s wrapped in his leaf—the Arturo Fuente Don Carlos Robusto.

“My family has made great sacrifices over the years to bring you this tobacco,” he added. 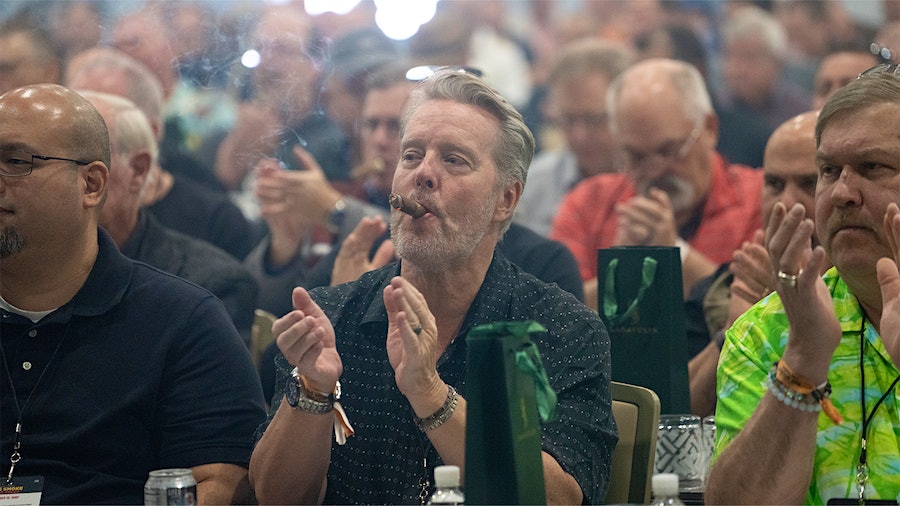 Members of the audience puffed along with the presentation.

It gave the audience a chance to experience the characteristics of the toothy leaf and has gained many accolades from this magazine over the years. The taste is often described as being nutty with a sweet-and-spicy undertone.

“The yields are very low, which is why nobody likes to grow it,” Meerapfel said. “And for those manufacturers here in the room who aren’t getting enough, I will tell you that you’ll just have to wait.”

As the seminar drew to a close, Mottola asked him if he ever made hybrids of his seed.

“Meerapfel Cameroon will never have a hybrid!” he shouted, pounding the podium where he stood, a tobacco preacher channeling his passion from the bully pulpit in front of the sold-out crowd of more than 600 cigar lovers. For this particular leaf, it’s the soil, climate and location that defines the tobacco. “Cameroon is grown from Sumatra seed,” Meerapfel insists, leaving long, pregnant pauses in between declarations. “There is no Cameroon seed because Cameroon is not a seed. It’s a region. It’s a land.”