Share
Gordon Mott, who worked for Marvin R. Shanken on the creation of Cigar Aficionado in 1992, leading the panel on 30 years of the magazine.

There are two eras in the modern history of premium cigars: before the advent of Cigar Aficionado and after. The magazine celebrates its 30th anniversary this year and two industry veterans, along with contributing editor Gordon Mott, who helped launch Cigar Aficionado, came to Big Smoke Las Vegas to reminisce about the early days of the publication and how they saw it change the face of the premium cigar business. Ernesto Perez-Carrillo of E.P. Carrillo Cigar Co. and Litto Gomez, founder of La Flor Dominicana took the stage to muse on the last three decades.

“I remember Marvin walking in telling me about his plan to make a cigar magazine,” said Perez-Carrillo, who, at the time, was at his small cigar factory in Miami’s Little Havana neighborhood. Perez-Carrillo has been making cigars for over 50 years now, but at the time he was admittedly skeptical of Shanken’s idea. Some in the audience were too young to remember how dismal the industry was in the late 1980s and early ’90s where innovation, interest and overall morale was quite poor.

“Realistically I thought ‘good luck’ because I didn’t think it would fly. The reason I say that is because I was seeing the business and the future didn’t look too bright. He said ‘I’ll send you a prototype.’ I got the first issue and it impressed me. This was a magazine that had a future. This was never done before or at least not at this level of quality.” 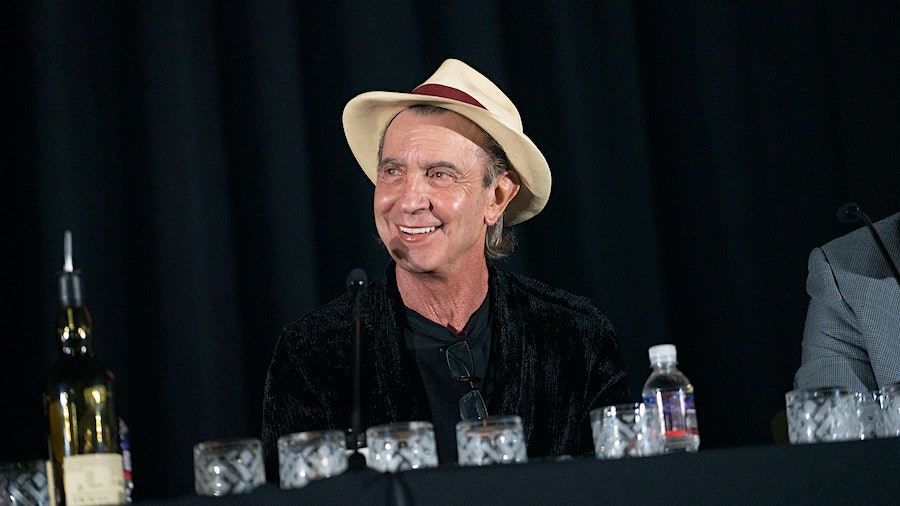 When Gomez started making cigars in 1994, shortly after the magazine’s release, he operated under the name Los Libertadores and made fairly mild cigars. The industry was on an upswing and he had changed professions from jeweler to cigarmaker.

“In 1996, during the middle of the cigar boom, I thought that would be a good opportunity to change the brand name,” Gomez recalls. “I remember calling a few of the retailers. It was a very serious move. I asked them what they thought about me changing the name, and I got pretty much the same answer: ‘I don’t give a damn what name you have on your cigars. I just need your cigars.’ There was a huge shortage because of the boom. I called my lawyer to see if the name La Flor Dominicana was available. Since then, it’s been La Flor Dominicana.”

Gomez also changed his blend profile, going from milder cigars to much stronger smokes. Mott remembers an incident when Gomez had him smoke his new, more powerful cigars while driving in the Dominican Republic.

“I was in the back seat sitting right behind Litto, who was driving,” Mott told the Big Smoke audience. “He handed me some of his current-production cigars. I started puffing away and after a while I thought ‘Holy shit I’m going to throw up right on my driver.’ ”

Gomez started growing his own stronger tobaccos in 1997 at his La Canela farm in the Dominican Republic. This was before the trend for powerful cigars had fully taken root. Around that time, another trend was sparked—the birth of thick ring gauges.

“The big ring gauges came about by accident,” said Perez-Carrillo, who is widely credited with normalizing ultra-fat cigars.  By the late ’90s, he was working for General Cigar, the large corporation that bought his La Gloria Cubana brand and took him onboard, full-time.

“I remember back in 1997 we started to see that our famous Gloria Cubana was starting to level off,” he said. His idea was to make La Glorias in larger ring gauges. “My first was 52 and 54 called Serie R. The demand was incredible. But I said to General ‘Why don’t we make a 6 by 60?’ They said ‘Who’s going to smoke that?’ At that time it was a huge cigar. But with that size, the Serie R took off.” 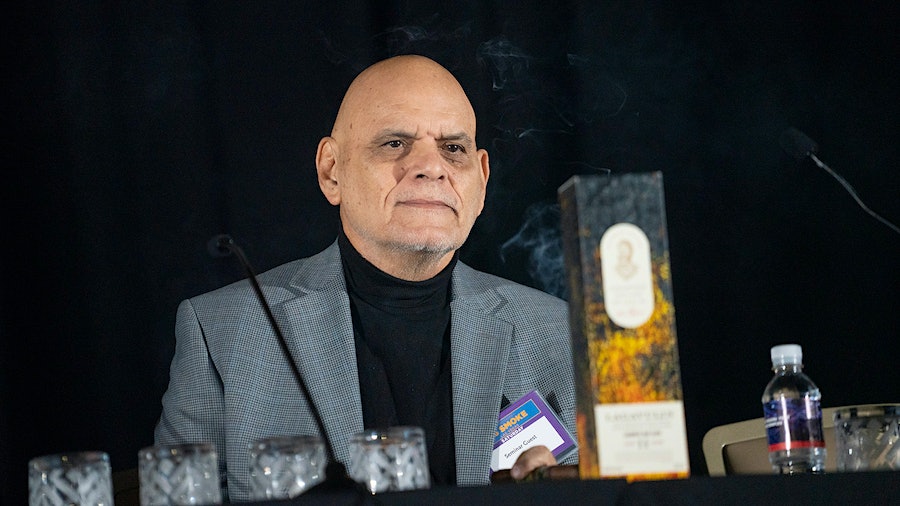 Ernesto Perez-Carrillo, who has been making cigars for more than 50 years, witnessed firsthand the change in cigar sales 30 years ago.

Mott brought the conversation back to the magazine and its influence on both cigar manufacturers and consumers.

“Something that has changed is how consumers interact with each other,” Mott pointed out. “They ask each other what they’re smoking and what it tastes like. We have an incredible variety.”

Gomez echoed this point: “The consumers have evolved. Before the magazine nobody knew who we were. You have told our stories and told everyone who we are, our families and our histories. And the connection between manufacturers and consumers, it doesn’t happen in many industries.”

In this respect, the Big Smoke is a true extension of the magazine, as it brings consumers and manufacturers together in the real-time, physical world. When asked to comment on how the magazine’s 30-year presence has affected the business, Perez-Carrillo offered this: “When the magazine came out, everybody had a new confidence in the industry and from that day on, the business boomed. It not only changed the cigar industry, but it improved the lives of so many people in the Dominican Republic, Nicaragua, Honduras, anywhere were they grow tobacco. This is just the tip of the iceberg for what we’re going to see in the next. The future is very bright.”