Cohiba is perhaps the world’s most recognizable cigar brand. Conceived in Cuba in 1966 and commercialized in 1982, Cohiba is also the most expensive and, consequently, the most counterfeited. Like the fake Rolex watch you can buy on the street for $20, counterfeit Cuban Cohibas at bargain prices plague beaches, souvenir shops and low-level cigars shops around the Caribbean. At the Big Smoke seminars in Las Vegas, some people in the audience had never had a Cohiba—at least not a genuine one. Many had undoubtedly been handed a fake. But the seminars are as much education as they are entertainment and a tutorial on the brand helped the audience to better understand the Cohiba brand and to identify counterfeits.

“It’s one of legend and mystique,” said David Savona, executive editor of Cigar Aficionado. He led the talk on Cohiba along with Gordon Mott, the magazine’s contributing editor and longtime smoker of Cohibas. “It’s always been expensive, but it’s reached levels that are now astounding in terms of pricing.”

One of the main takeaways from this seminar had to do with price. If you’re getting a Cuban Cohiba at a bargain rate, you’re almost assured that your Cohiba isn’t real.

“People get burned on price,” Savona added. “You can never get a box for cheap. Now, Cohiba has greatly increased the price. Esplendidos retail for $90 a cigar. If you’re getting a $200 box of Esplendidos, it’s guaranteed to be fake.”

Savona is referring to the recent news from Cuban cigar distributor Habanos S.A. that all Cohibas are now priced to the Hong Kong market, one of the most expensive in the world. This means that an already expensive cigar is now globally price fixed, so there are no bargains from country to country.

Cohiba recently celebrated its 55th anniversary. The mysterious brand started in only one size—a long, thin Lancero—and was only available as a diplomatic gift from Fidel Castro himself. Mott recalls first hearing of Cohiba during his early years as a reporter covering Central America. 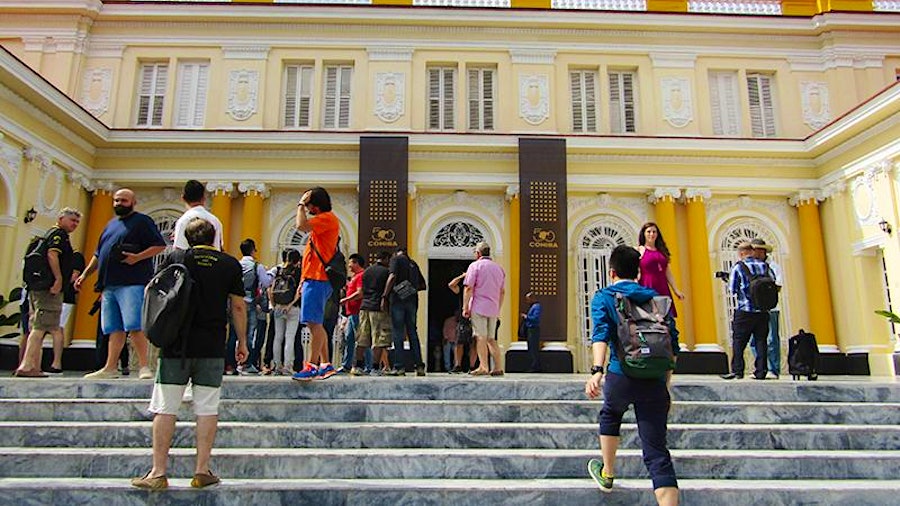 “The first time I heard about Cohiba I was a very young foreign correspondent in Nicaragua,” he remembered. “It was basically a diplomatic gift that Castro gave to visitors of Cuba. They were not commercialized. Members of the press core were always talking about Cohiba. I interviewed the comandante of Chile and he said ‘Would you like a cigar?’ He pulls out a Cohiba Lancero. It was like the unicorn. It appeared in his hand.”

One glaring difference between the Cuban cigar industry and manufacturing cigars in other countries is centralization. Typically, in countries like Nicaragua or the Dominican Republic, a brand is made in one factory. In Cuba, the same brand could be made in one of many factories across the island nation. The same holds true, even for Cohiba, though every Cuban brand has what’s referred to as a “mother factory,” the facility where the consistency of the blend is best maintained. Cohiba’s mother factory is El Laguito, a converted mansion with a distinctly yellow facade.

“The Cohiba story beings with EL Laguito,” Savona said. “It’s not where all Cohibas are made, but it’s the mother factory and maintains the integrity of the blend.”

Images of El Laguito appeared on a slideshow presentation. It’s a converted mansion with a sweeping staircase in the lobby. What was once a series of parlors and great rooms have been converted to small rolling salons throughout the building. “Most cigar factories do not look like this,” Savona said. “Your typical cigar factory has a vast rolling room. Not at El Laguito. They’re all these little rooms.” 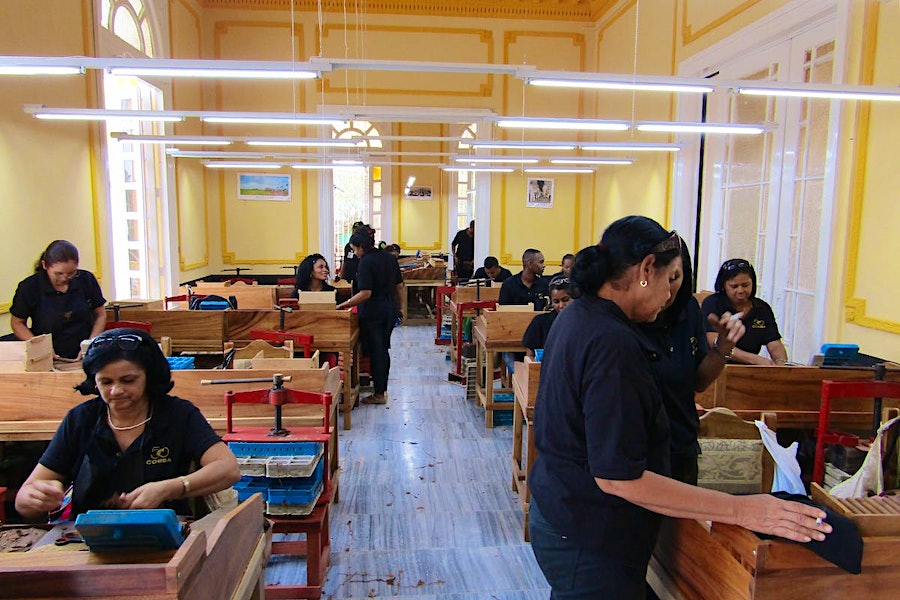 Unlike most cigar factories, which have vast rolling galleries, the cigars at El Laguito are rolled in small, cozy rooms.

The Cohiba brand has greatly expanded since 1966. It’s offered in four different lines and is made in many sizes. According to Habanos S.A., the tobacco for Cohiba comes only from a select few farms in Cuba and goes through an extra fermentation process that tobacco from other brands does not.

“There is no way to prove that because of the way the Cuban government handles tobacco production,” Mott said, “but if you look at how it’s performed over the last 30 years, it performs more consistently in our ratings than other Cuban bands.”

The seminar covered the dramatic timeline of Cohiba from its inception in 1966 to the ongoing legal battle between General Cigar and Habanos—General registered the name for U.S. distribution and the trademark has been in contention for decades. But there was some practical material and guidance as well. A slide-show with numerous examples demonstrated the difference between counterfeit packaging and genuine Habanos products.

“One of the things that’s important,” Savona warned. “You need to know about the packaging if you want to protect yourself against fakes. If you see a glass-top box it’s automatically fake.” 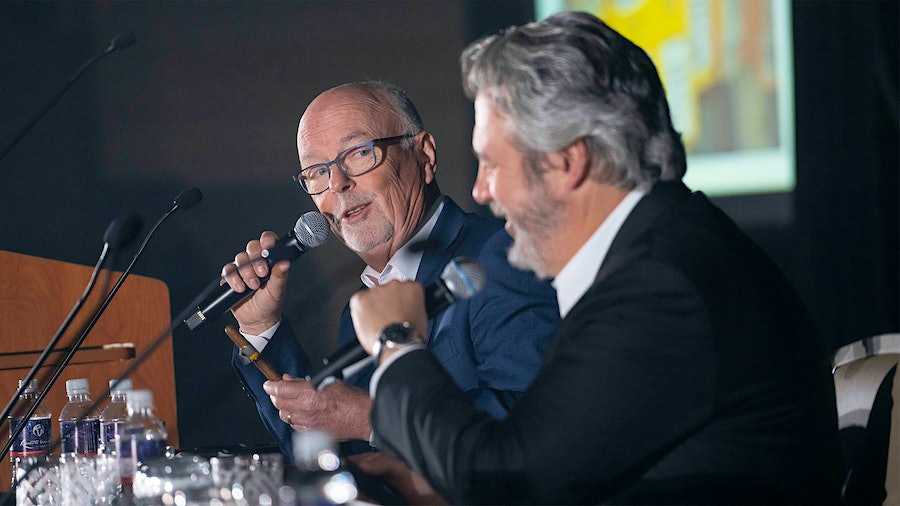 Gordon Mott showing David Savona one of the Cohiba Lanceros he won for being named Habanos Man of the Year in 2017.

Savona took a puff of his cigar and then joked: “Gordon, I think I gave you a box of these for your birthday one year.” Although Mott really got the last laugh. He was named Habanos Man of the Year in 2017. One of the advantages is that the award comes with cigars, and he held up a Cohiba Lancero that he was given for the honor. It’s a box that retails for nearly $2,000, which only underscores the seminar’s primary message that discount Cohibas simply don’t exist. Demand outstrips production by many, many degrees, and the limited supply going to distributors is regulated. While it’s in the American DNA to shop around and find a bargain, this mentality does not apply to Cohiba.

“Don’t be tempted by inexpensive Cohibas,” Savona said. “They’re guaranteed to be fakes.”