There is a very strong parallel between the Bacardí rum family and the families behind storied cigars such as Romeo y Julieta—they both fled Cuba after Castro’s nationalization and reinvented themselves in another country to create true legacy brands. It’s a historical link that’s impossible to ignore, and the history was not lost at the Big Smoke Cigars & Spirits seminar in Las Vegas. It was actually highlighted.

Saturday morning saw a pairing of two brands that were born in Cuba and reincarnated elsewhere, as everyone in the room was part of a sublime union: two aged expressions of Bacardí rum, and a Romeo y Julieta Reserva Real Nicaragua Toro, an exceptional smoke that was one of Cigar Aficionado’s Top 25 Cigars of 2020.

“When the Bacardí family left Cuba in the 1960s, one of the things that they took was processes for their manufacturing plant,” said Colin Assare-Apiah, American brand ambassador and rum educator for Bacardí. “They left all the inventory behind because they could only travel with what they had on their backs.” Story sound familiar? The same thing happened to the Rodriguez family when Romeo y Julieta was seized by the Cuban government. 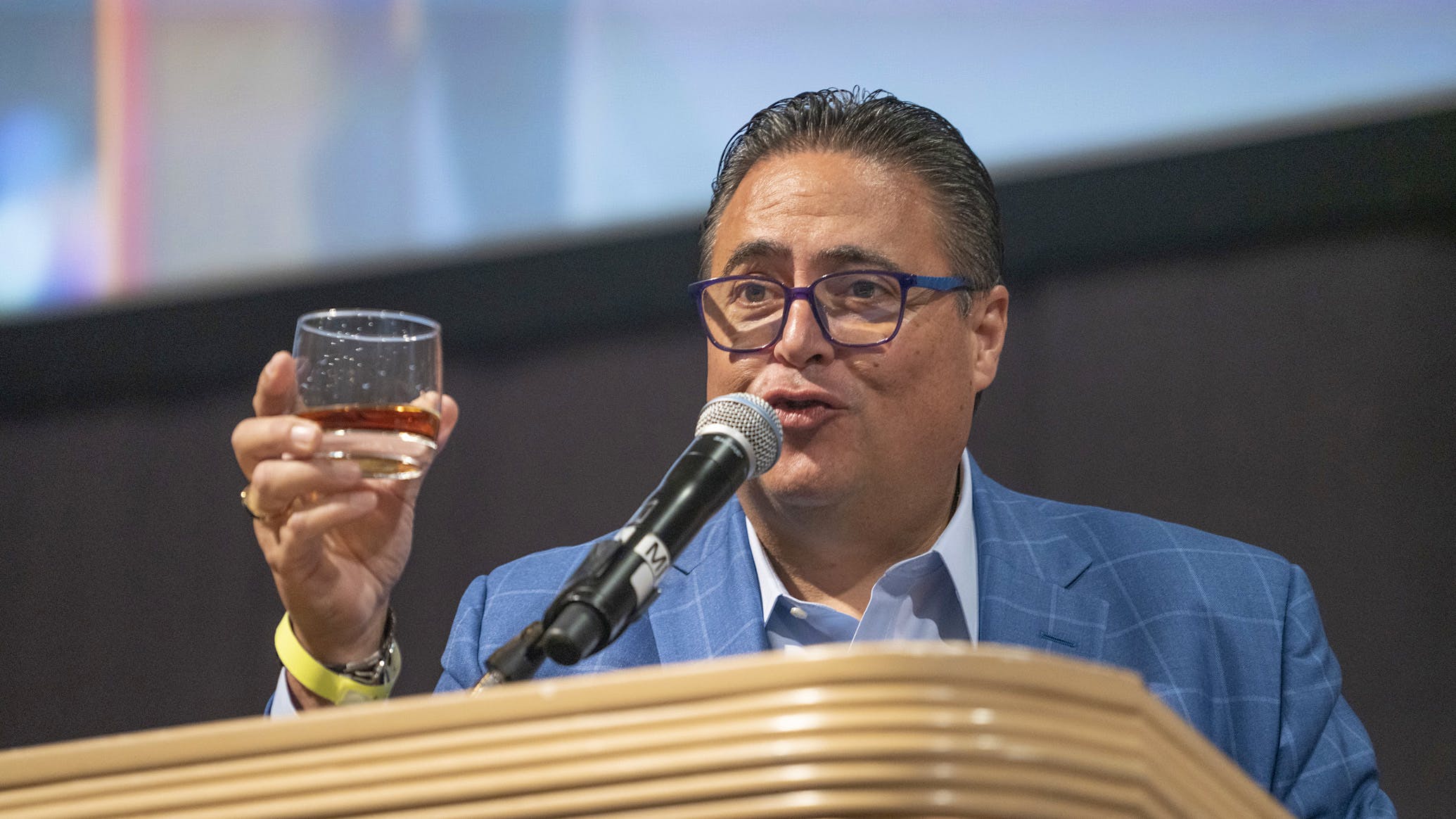 But this is a new era of creative freedom and innovation, and nobody in the crowd of nearly 600 seemed to mind sipping rum before noon. They were, of course, encouraged by Cigar Aficionado’s senior features editor and spirits guru, Jack Bettridge, who co-hosted the seminar with Assare-Apiah.

“I don’t know what the question is, but the answer is rum and cigars,” Bettridge said.

Everyone in the room had two glasses in front of them, one with a pour of Bacardí Reserva Ocho and the other with Bacardí Gran Reserva Diez, a sipping rum that’s been aged 10 years as opposed to only eight. In reality, both rums contain spirits even older, but law requires the age statement to only reflect the youngest spirit in the bottle.

The cigar was introduced by Rafael Nodal, head of product capability for Altadis U.S.A., as well as Gabrielle Winchester, senior brand manager for Romeo y Julieta.

Cultural synergy between rum and cigars has always been strong, but it seems especially so with these two brands. Only 13 years apart (Bacardí was founded in 1862, Romeo y Julieta in 1875), they required new raw materials once Cuban tobacco and molasses were no longer an option. Bacardí eventually found its home in Puerto Rico while the Romeo y Julieta that everyone was smoking is a product of Nicaragua, made by A.J. Fernandez in Estelí. Standing the test of time, both brands have become iconic.

“We use old American oak barrels,” Assare-Apiah said. “We re-char the inside and re-use them. It’s standard practice across most spirits categories and really works for us. Using a minimal of eight-year-old rums gives us the opportunity to provide a very rich style. The humidity in the Caribbean affects the aging. The rum takes on more of the wood.” 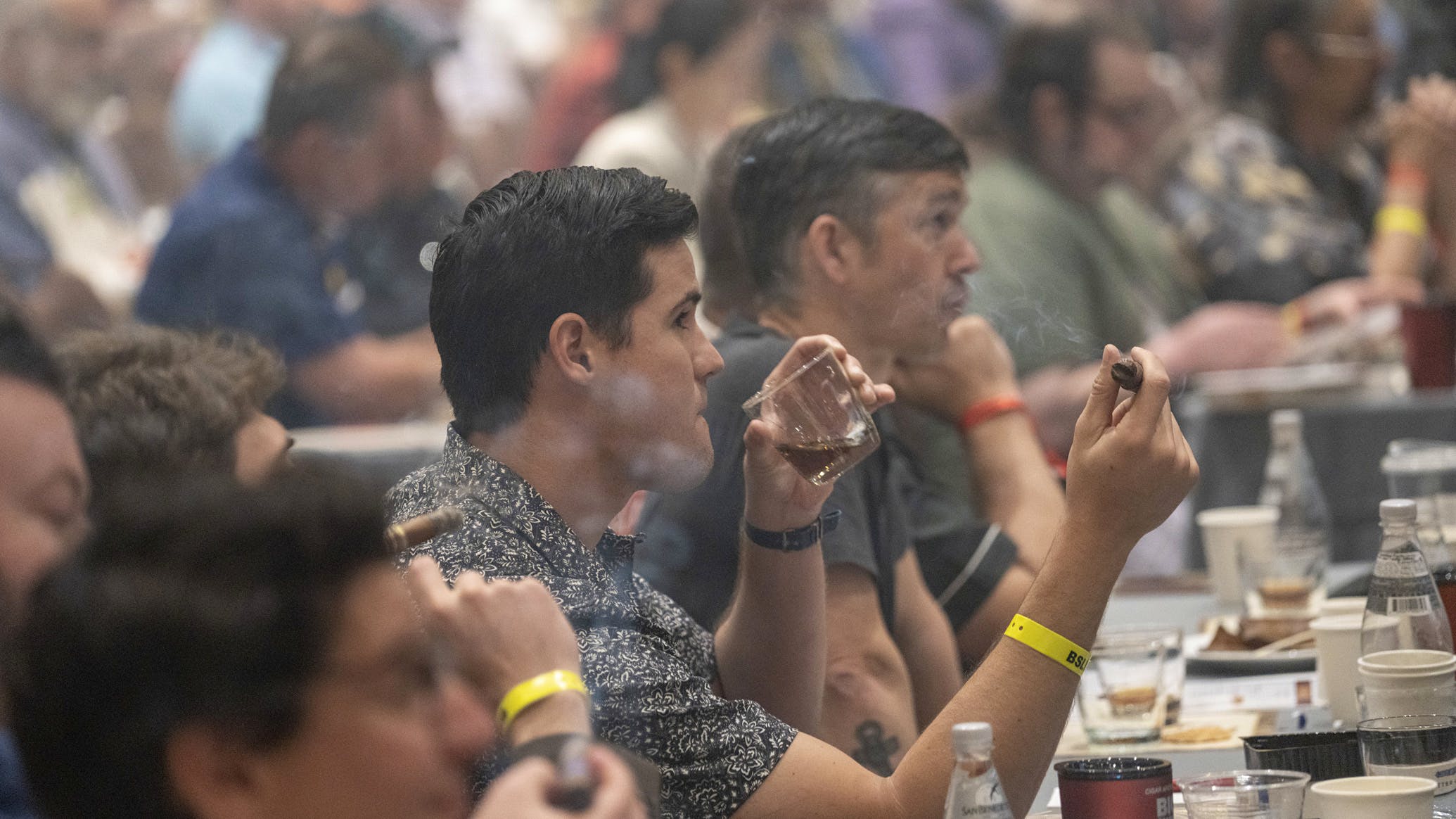 Bacardí Ocho started out as a commercially unavailable rum made only for family consumption. Then, in 1995, it was first released to subscribers of Cigar Aficionado magazine. Histories aside, Bettridge pointed out the Bacardí Ocho’s notes of baking spices and caramel while Assare-Apia picked up butterscotch and wood. He also gave the crowd a tip on how to better taste the spirit in the glass.

“Chew, swallow and blow,” he advised. “I learned that from a distiller in Kentucky. When you blow out the vapor, you get a lovely spice.”

For the Bacardí Diez, Bettridge noted how its graham cracker sweetness brought out the nut-and-honey qualities of the Romeo y Julieta’s all-Nicaraguan blend. Assare-Apia chimed in with flavors of allspice and how such flavors are commonly found in Caribbean cooking. He also added that two styles of rum go into each bottle of Bacardí—pot still and column still. They are aged independently and then blended for consistency.

A quick show of hands revealed the 10-year-old Bacardí as the show favorite. And just so everyone in the room could finish the seminar with a clean socio-economic conscience, Assare-Apia assured the crowd that workers in the sugar industry are paid fairly.

“Bacardí holds its molasses producers to the strictest standards,” he said. “It’s the lifeblood of a great rum. If you can’t look after the people who make it for you, you’re going to run into all kinds of problems.”