Share
Jorge Padrón cracks a joke to the audience as he talks about his family’s beloved cigar business.

Saturday marked the first-ever Big Smoke Meets WhiskyFest, a hybrid event that celebrated both cigars and whisky. The event began with a sold-out seminar held in the morning, and to kick off the show was a chat on stage with one of the top cigarmakers in the world: Jorge Padrón of Padrón Cigars Inc. David Savona, executive editor of Cigar Aficionado, got the seminars started with a brief introduction welcoming the crowd to the magazine’s first event in nearly two years. The discussion reflected on the storied history and growth of Padrón from a small family business to a world-recognized brand.

As the seminar began, the room filled with the sound of matches being struck or lighters flaring, followed by plumes of smoke as people reached into their well-stuffed Boveda bag for the cigar that was included for this talk, the No. 1 Cigar of 2009, the Padrón Family Reserve No. 45 Maduro. 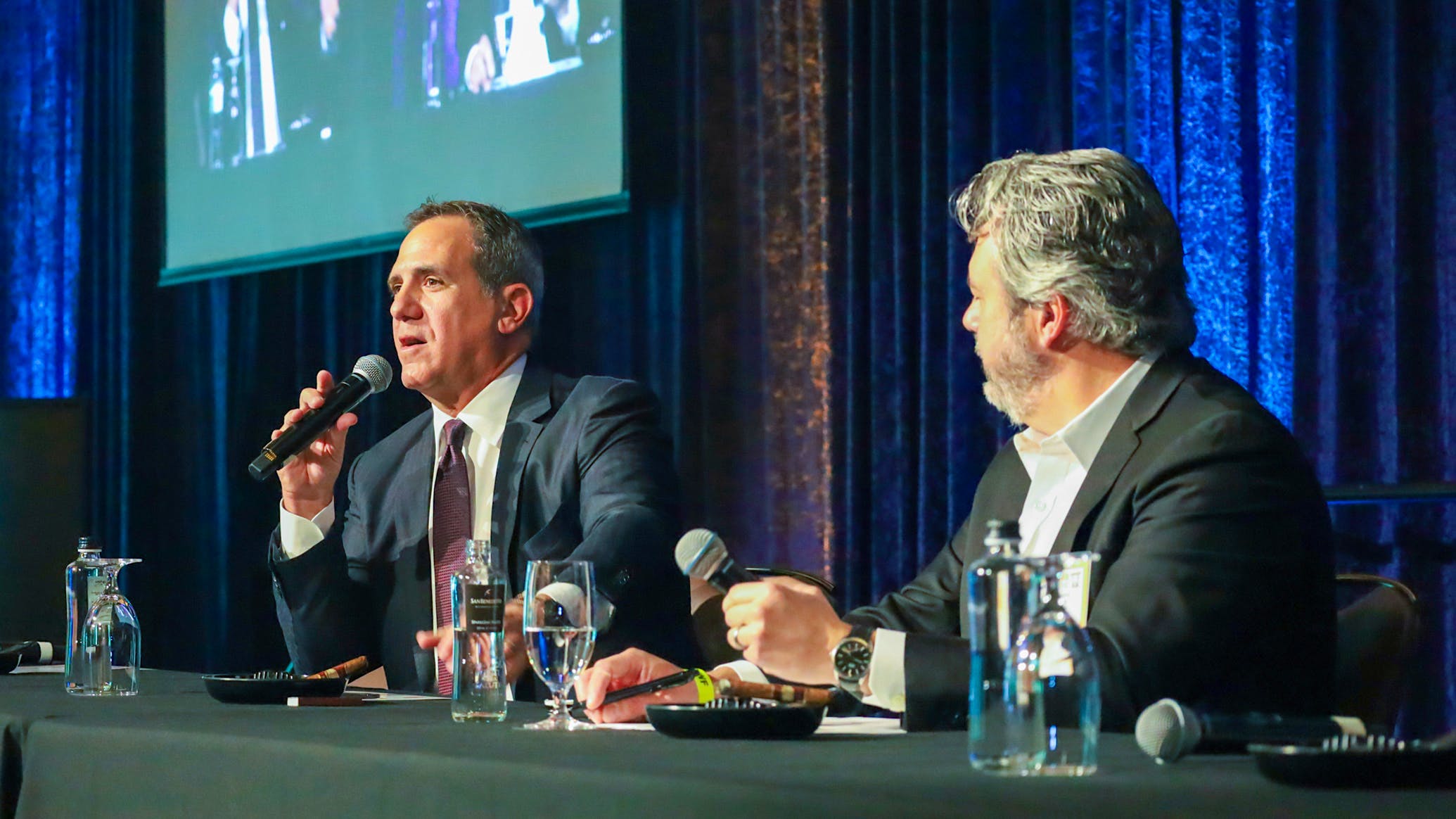 Jorge, who joined his father José Orlando’s business in 1991, talked fondly about those early days where his father once sold cigars for 25 cents apiece.

“Watching him and his work ethic really made a big difference for me in how I approached my life going forward,” he said.

When Jorge entered the family business, most of the company’s product was sold to the Cuban community in Miami, and while they were valued customers, Jorge noticed they weren’t getting any younger. He started the push to bring his cigars to more retailers by attending the RTDA trade show in 1993 (now known as PCA). At that first show, Padrón sold to a mere ten stores but with each year, the company found more and more retailers clamoring for their cigars.

The conversation then focused on the 1964 Anniversary Series line, which was launched on Padrón Cigar’s 30th anniversary in 1994. “That was a home run,” Padrón said with a laugh. “We had a lot of fun developing that cigar. We had already tasted many different blends until we finally picked the one that we wanted. And then at the end, [my father] said, ‘You know, we should make this cigar box-pressed.’ I didn’t even know what box-pressed meant.” He credits the decision for helping the cigars stand out, as box-pressed cigars were a rarity at that time in the U.S. market. It was done as a callback to the box-pressed cigars the elder Padrón used to smoke in his youth. 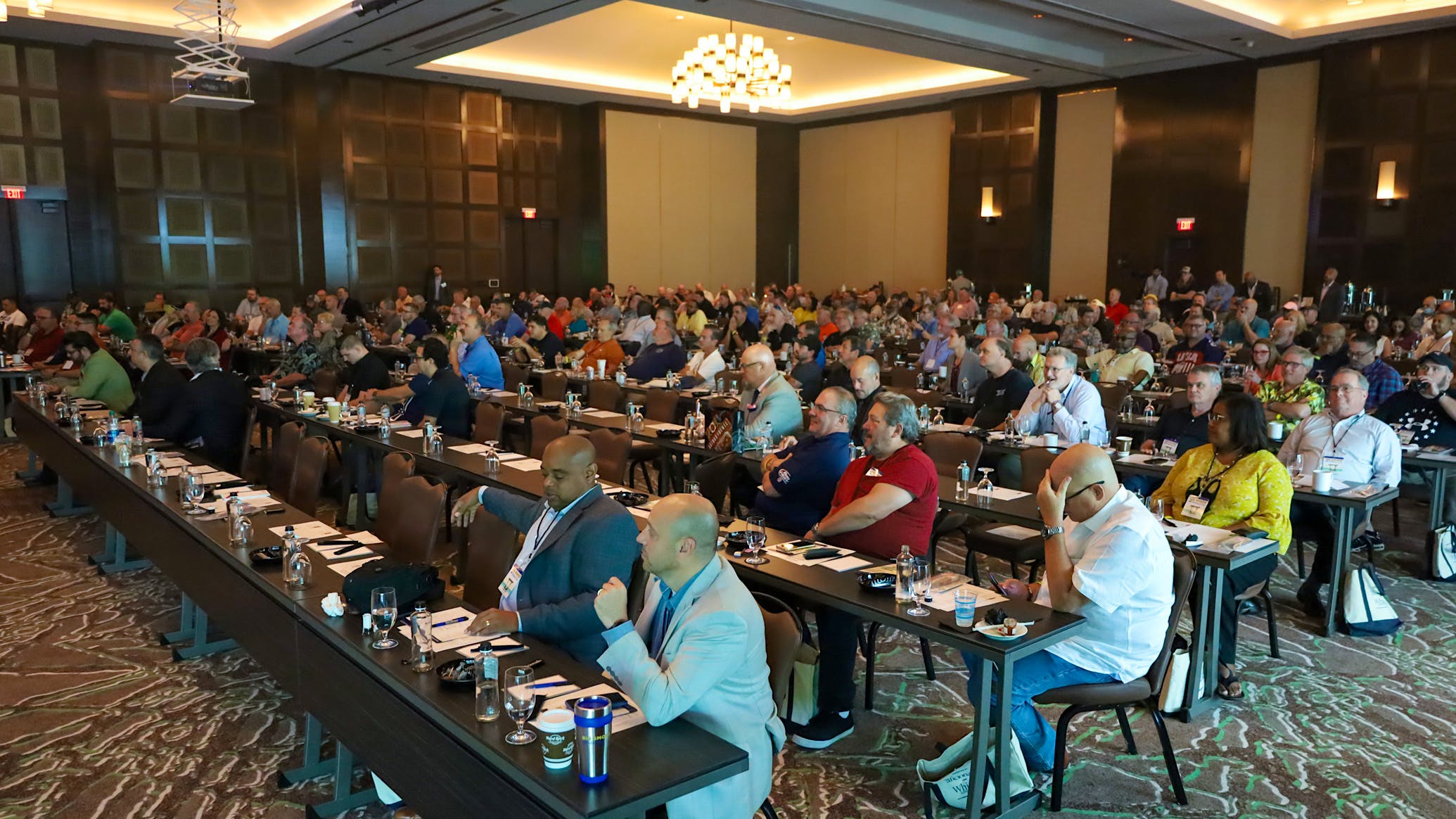 A crowd of cigar aficionados looks on while smoking as the seminar takes place.

“From the minute it was put out and people tasted it, it just took off. The problem was that we would sell it to retail stores and then the retail store owners would keep the boxes and smoke them and not sell them,” he said, eliciting laughter from the audience.

While Padrón is one of the most prolific Nicaraguan brands, it is certainly not one of the largest. Padrón explained this was a conscious decision his father made amidst the cigar boom of the 1990s. “That was 100 percent my father—I was hungry and wanted to sell every cigar I could make… My dad was like, ‘Listen, you need to relax: We need to make sure we maintain the quality of our product because I would rather sell less cigars and maintain the integrity of our brand.’”

Looking back, he considers this one of the smartest decisions his father ever made, and he follows this maxim to this day.

“We’re all faced with challenges in terms of on how to grow our business but I always put the quality of our product first and if we can increase production and maintain quality, then we do it. If we cannot… we just won’t do it.”