In the early 1990s, Carlos “Carlito” Fuente Jr. planted 37 acres of Cuban seeds in the Dominican Republic at a time when nobody thought it was possible to grow quality Dominican wrapper. Fuente’s efforts, intuition and creativity paid off. These wrappers became the basis for what is today one of the most coveted brands in the world of premium cigars—the Fuente Fuente OpusX.

Celebrating 25 years on the market this year, OpusX continues to be a rare cigar in high demand with uncommon complexity, considerable power and a unique, inimitable taste. The mystique behind OpusX still endures, but here are a few facts that will shed some light on the cigar brand that became a phenomenon. 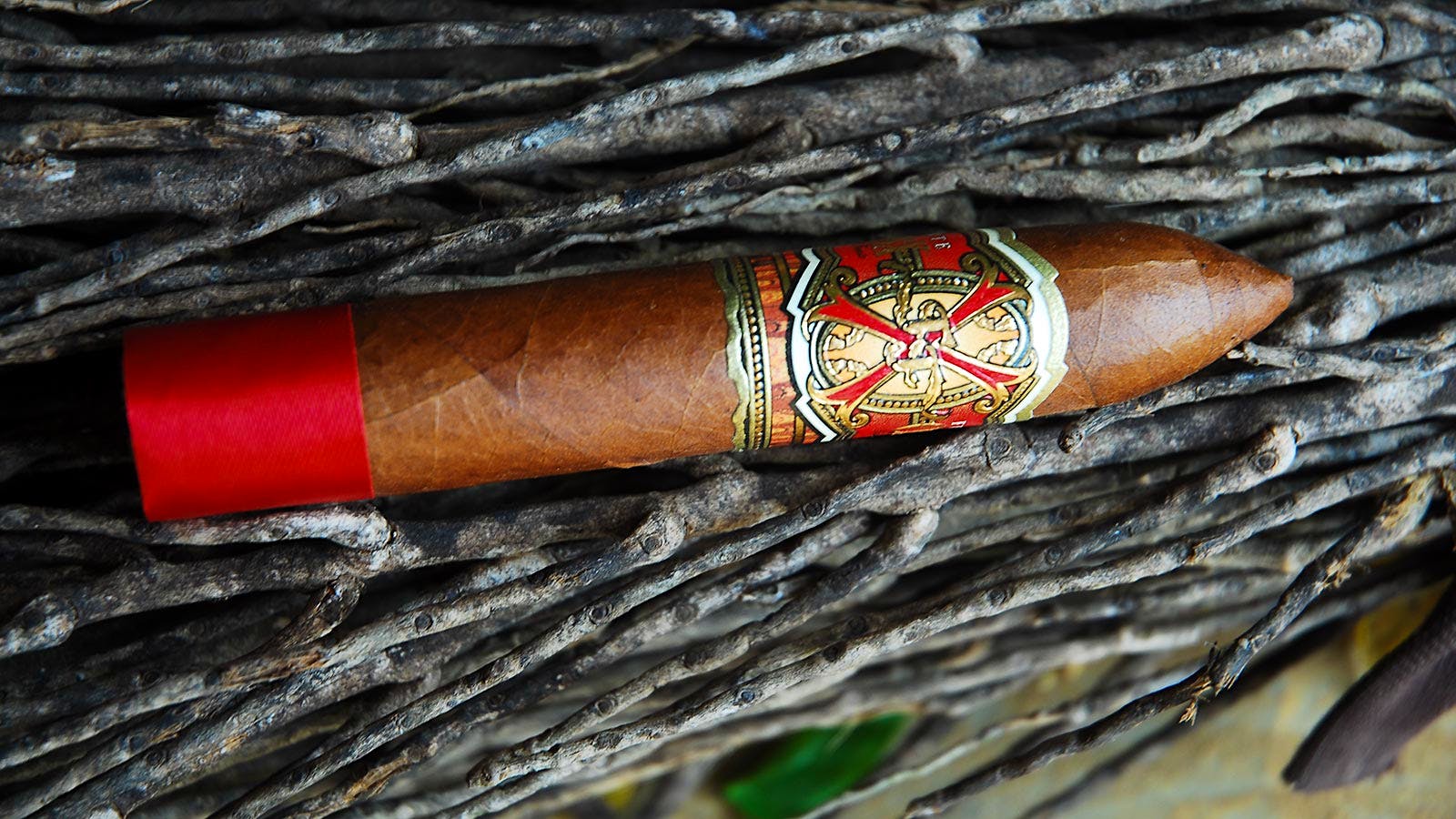 The OpusX has a dark, oily Corojo Cuban-seed wrapper that signifies its bold blend.

Fuente Fuente OpusX Is All About The Wrapper

It was a commonly held belief that high-quality wrapper could not be grown in the Dominican Republic. Carlos Fuente Jr. set out to prove this notion wrong, and he did. Grown at the Chateau de la Fuente tobacco farm, the dark, oily Corojo Cuban-seed wrappers define the OpusX blend. But even today, very few tobacco farmers in the Dominican Republic grow wrapper leaf for premium cigars, making OpusX’s blend of all-Dominican tobacco a relative rarity. It’s still difficult to get good wrapper from Dominican soil, though Fuente proved, not impossible.

They’re Less Expensive Than You Think 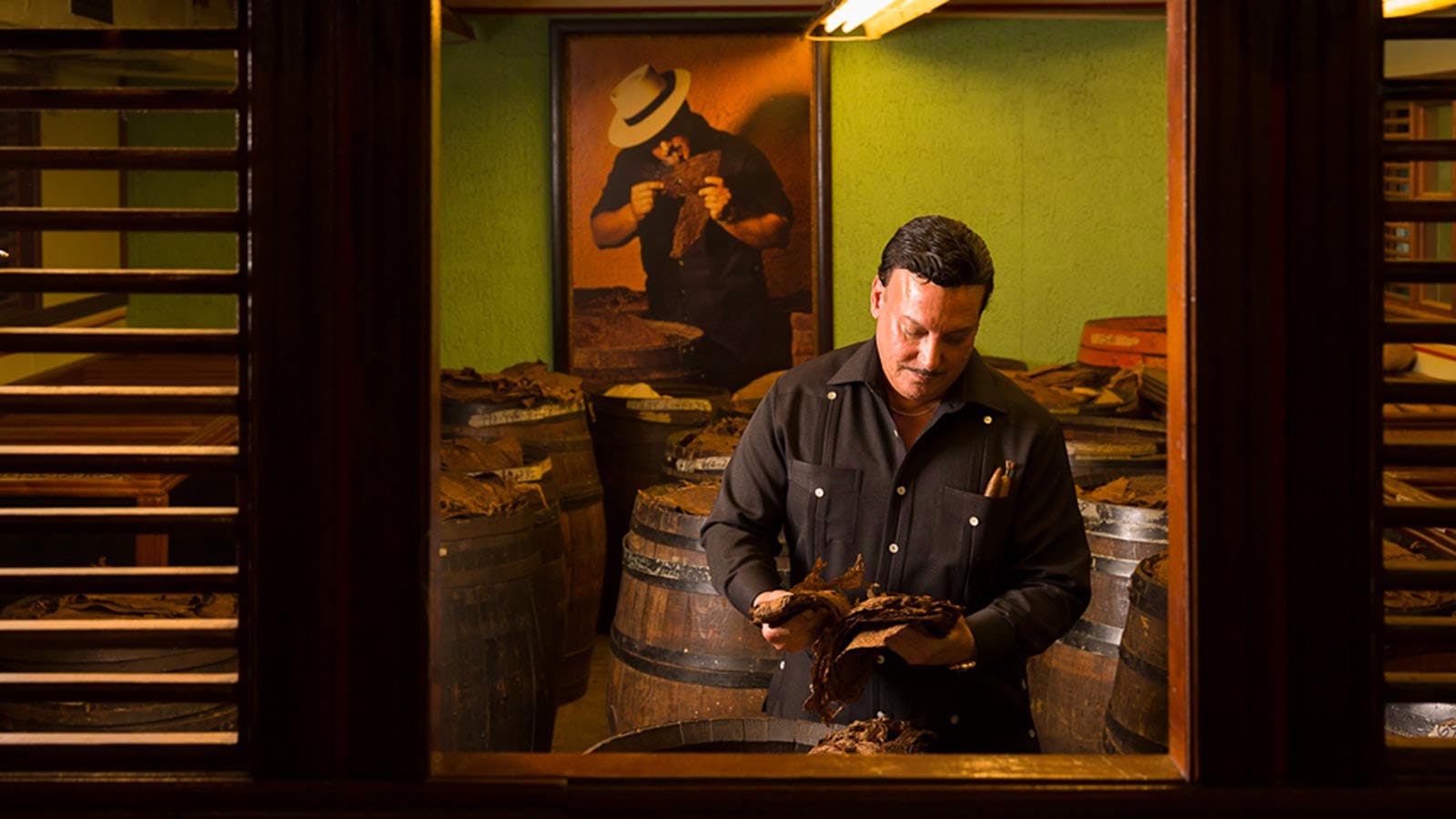 Carlos Fuente Jr. examines tobacco leaf that will end up in one of his signature cigars. (Photo: Roberto Muñoz / Pindaro)

The consumer craze for Fuente Fuente OpusX was unprecedented. The few shops that had them in the early days limited sales to two individual cigars per person. Supply fell far short of demand. They remain in high demand today.

They Originally Weren’t Sold West of the Mississippi River

When the brand debuted in November 1995, there weren’t enough to go around. Fuente limited sales to the Eastern United States for a time. (Fuente partners with the Newman family on distribution. When the Diamond Crown brand was launched in 1995, it kept those sales in the Western United States.) 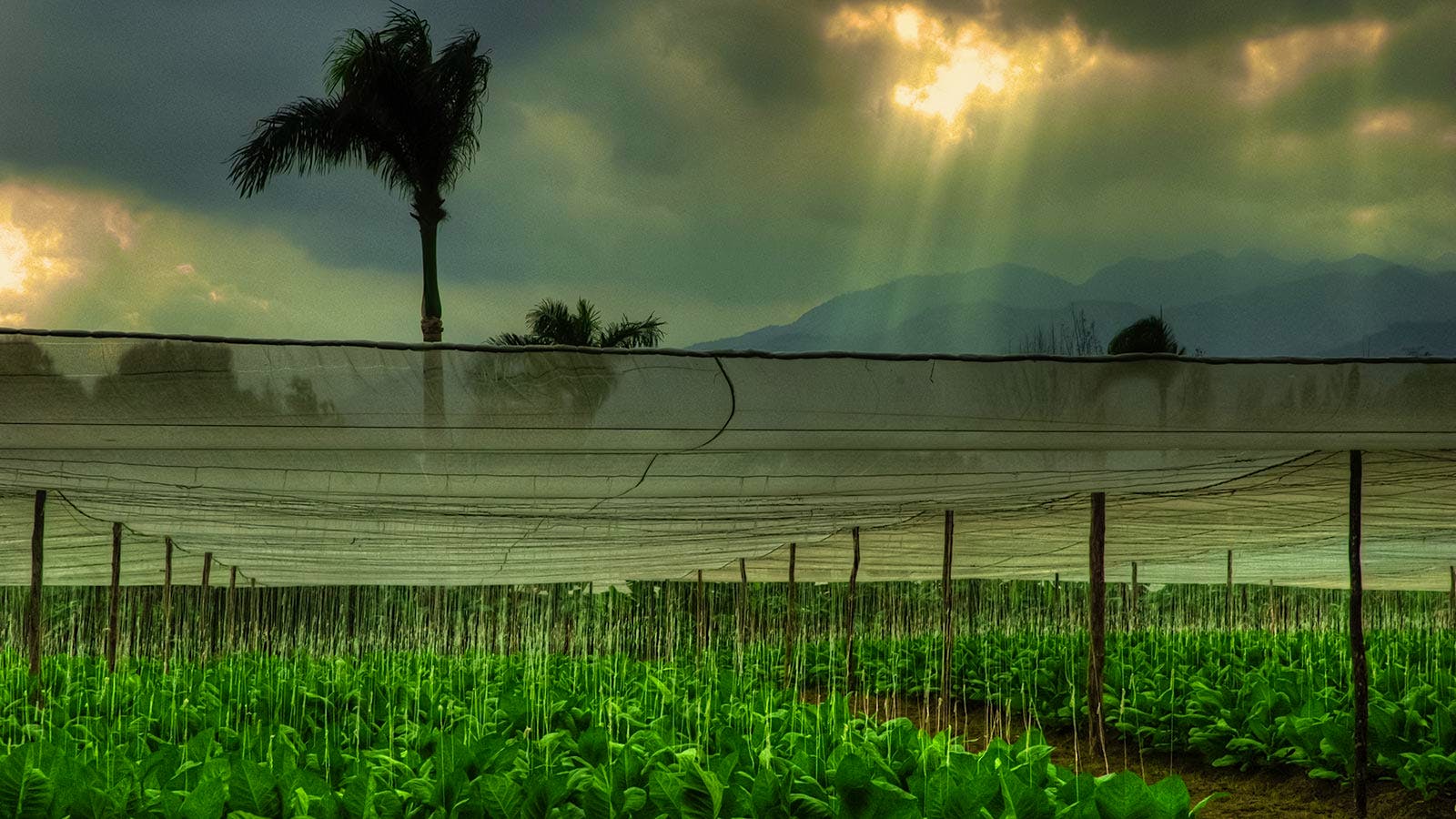 Before Fuente came up with an official name for the cigar, he called it ProjectX from Planet 9 as a reference to the kitschy, schlock films of Ed Wood. He considered using the word “opulent.” Then, after thumbing through the dictionary, he came across the word “opus,” which came right after. “The definition was perfect,” he said. “I combined that with the letter X and thought ‘OpusX. It sounds like sex!' ” 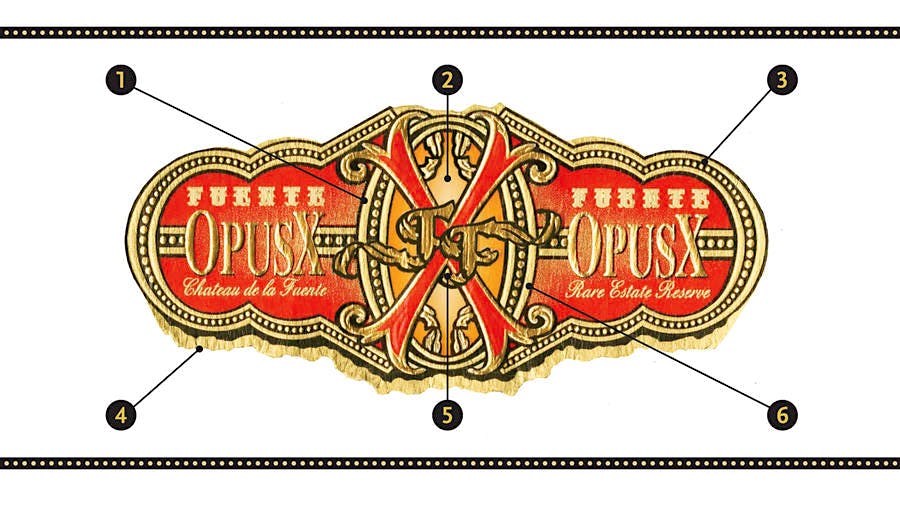 Every element of the Fuente Fuente OpusX band has sentimental symbolism and hidden meaning.

The Band Has Meaning

The intricate band is a series of symbols and every aspect of its design represents something important to Fuente. They’re made at Vrijdag Premium Printing in the Netherlands and represent some of the highest quality cigar bands available today.

There Was A Fight

Less than a year after OpusX was released, the brand name was legally contested by California-based Opus One winery, a joint venture between Robert Mondavi Corp. of Oakville, California and Baron Philippe de Rothschild of Bordeaux, France. The Fuentes won the case in 1998 when a Tampa judge ruled the cigars were not likely to cause any customer confusion among wine customers.

They Age Behind Closed Doors

Unlike other Arturo Fuente cigars, which are aged on open shelves, OpusX cigars are enclosed in cabinets where they age for a minimum of a year. "I keep the doors closed so that they retain their flavors and age like a slow cooker." They are rolled in their own special area in the factory as well. 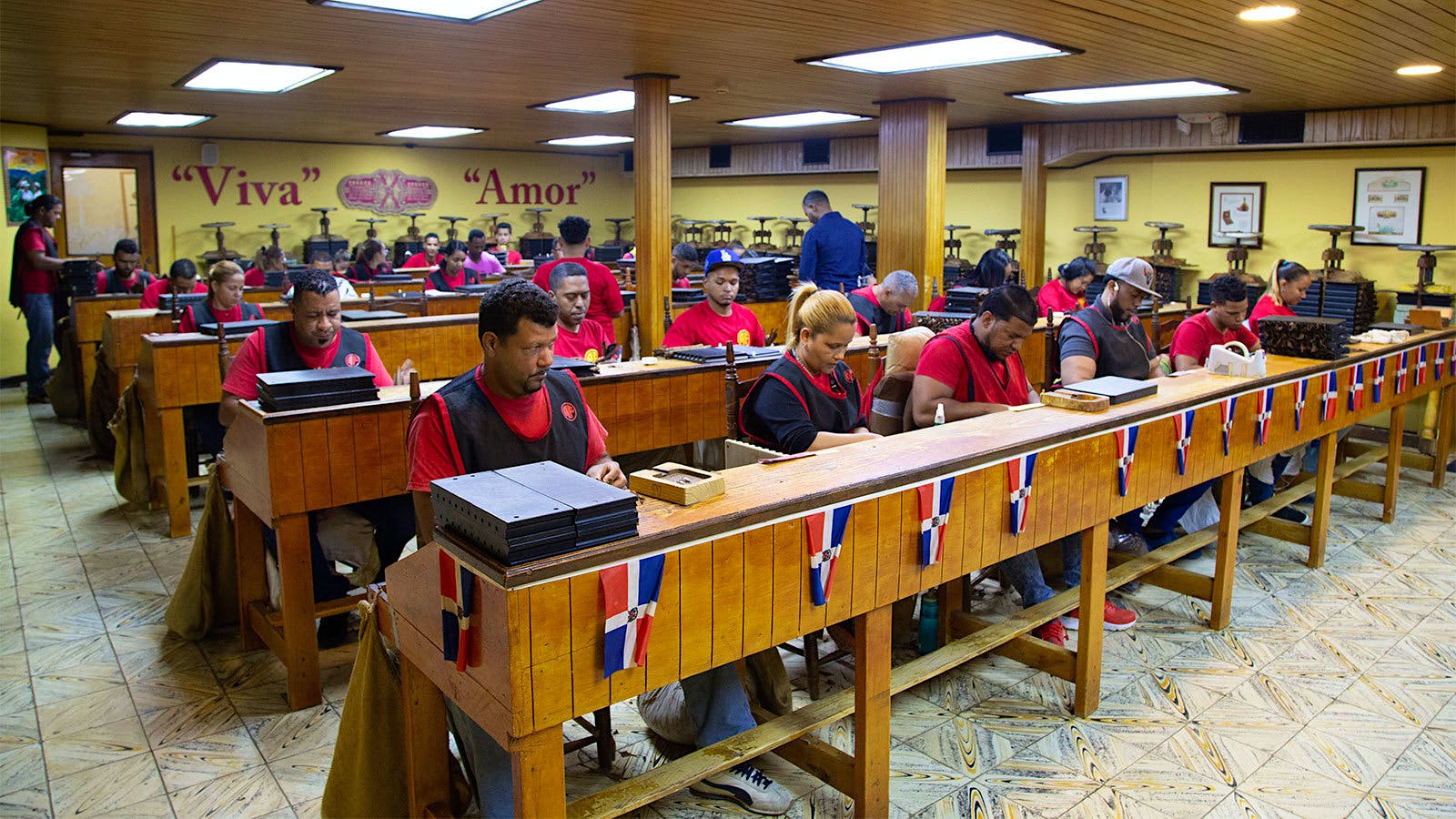 The OpusX room is the only rolling gallery in the entire Fuente factory where OpusX cigars are made. Notice how the tiles on the floor are arranged to form the letter ‘X.’

Fuente doesn’t sell any tobacco from his Chateau de la Fuente farm, so the only cigars made with leaf from those fields are made by Fuente, which include Ashton ESGs and Diamond Crown Black Diamond. If you ever hear a claim that a brand made by another company uses the same tobacco as OpusX, it’s false. "The last thing I want is to sell any of that tobacco," explains Fuente. "The day I do that, people are going to start saying that their cigars have the same wrappers as OpusX. I'm not giving anyone that opportunity.” Whatever isn’t used gets destroyed.

Leery of counterfeiters, Fuente is in the habit of tearing up his OpusX cigar bands after he is done smoking a cigar.

Here are 15 facts you may not know about Cohiba, Cuba's most popular cigar brand.