Share
A counterfeit box of Cohiba Behike, left, looks similar to the real thing, right, but there are several telltale signs that can help Cuban cigar buyers confirm the authenticity of their next purchase.

It’s one of the most common questions we receive here at Cigar Aficionado: “Is this Cuban cigar fake or real?” With a rich counterfeit market hawking fake Cubans throughout the Caribbean and other tourist destinations, it’s easy for any cigar enthusiast to get duped into buying a bogus Cuban.

But it doesn’t have to be this way. If you know what to look for before buying a Cuban cigar, it’s a good bet you will avoid getting scammed. You don’t even need to study and memorize tomes of information (though that helps) to be able to spot a fake Cuban cigar.

Instead, check out our primer below for some simple, straightforward tips on what to look for to avoid imitation Cuban cigars.

Note the pristine three-seam cap on this Bolivar Royal Corona.

Straight-sided Cuban cigars (i.e. parejos) are finished with mounted heads, also known as three-seam caps. Rounded or sloppy heads are a quick way to spot a cigar rolled elsewhere. A mounted head is no guarantee of a real Cuban cigar, as other producers make cigars this way as well, but the lack of one guarantees a fake. 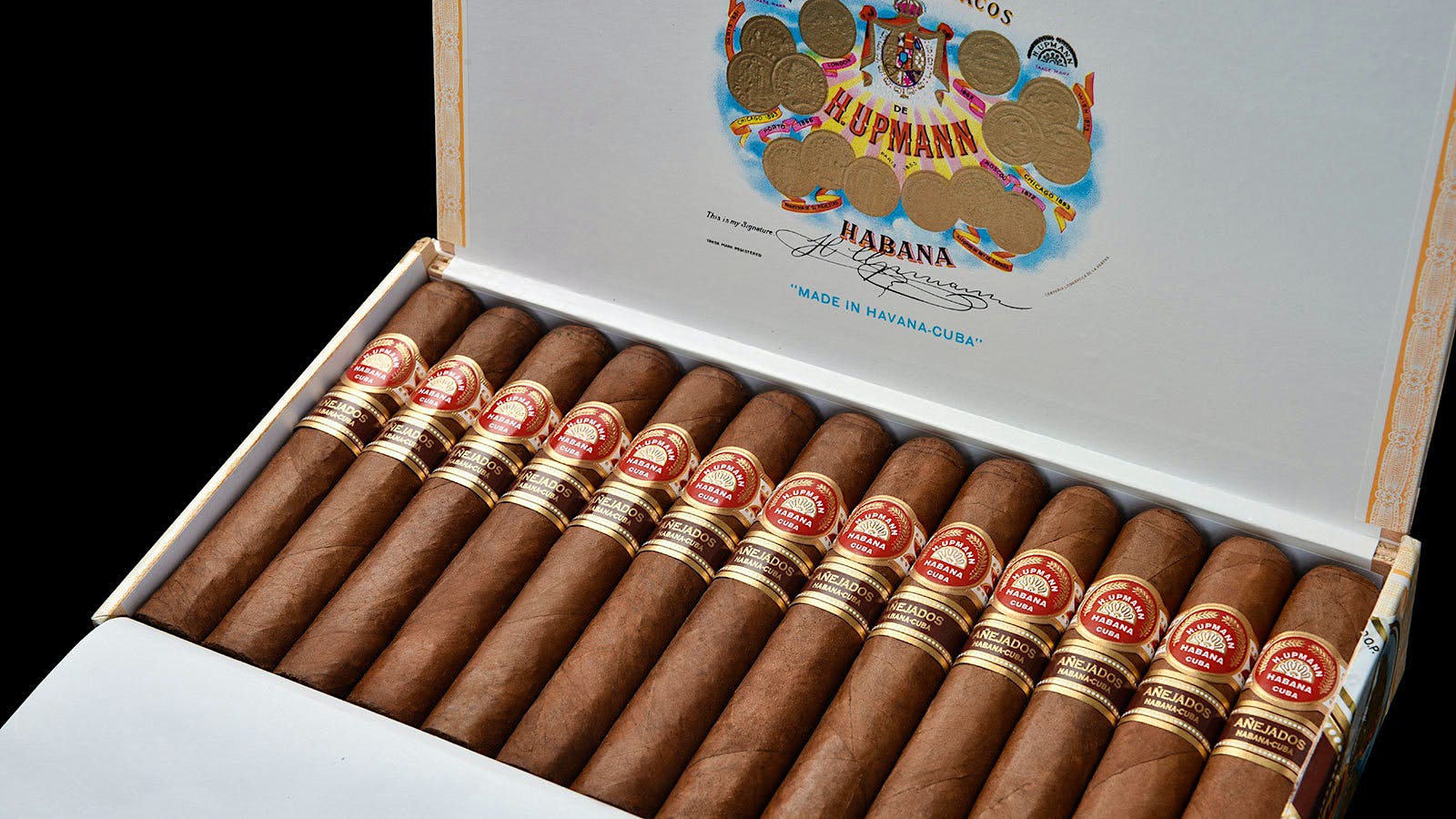 Each cigar in this box of H. Upmann Robusto Añejado is identical in size and wrapper shade.

A proper box of real Cubans will have a certain amount of symmetry. The cigars will be the same size (or very, very close), the colors will be similar cigar to cigar and the bands will be aligned from one cigar to the next. Fakes are often made with substandard quality control. 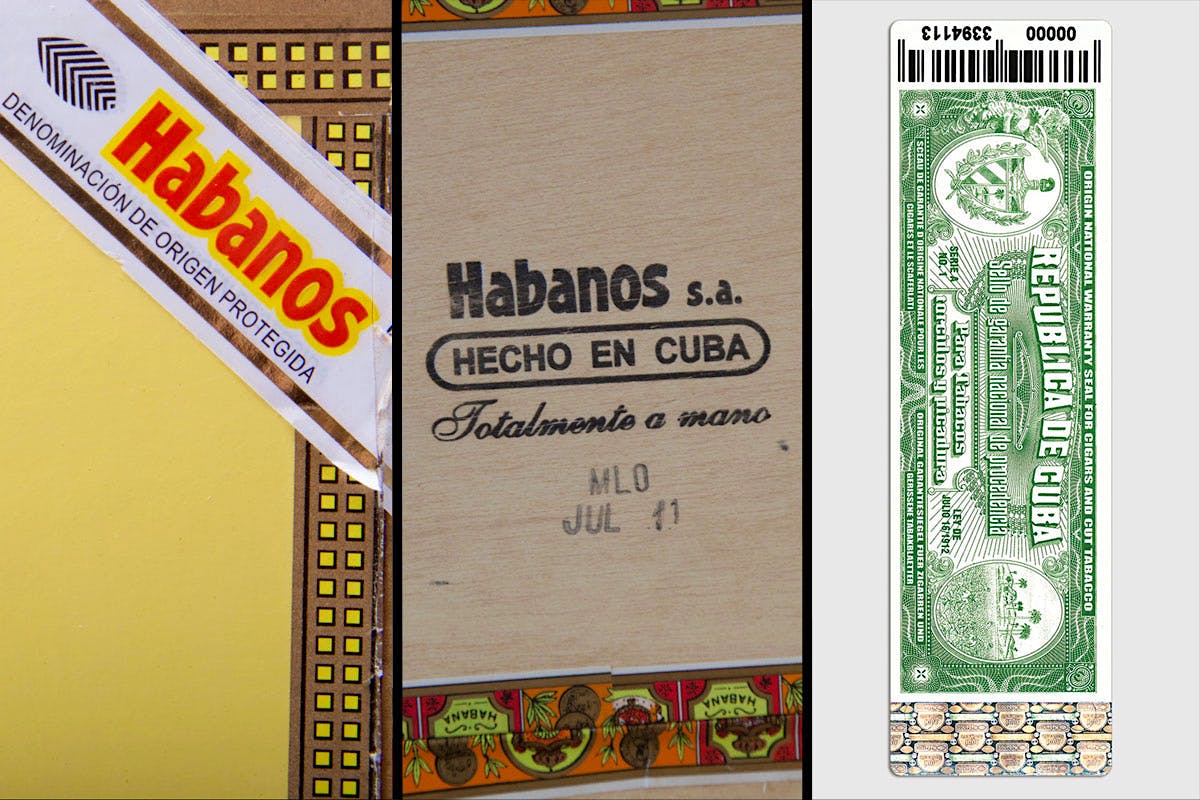 From left: the Habanos label, the stamp on the bottom of the box and the Cuba guarantee seal.

Proper packaging doesn’t guarantee a genuine Cuban cigar, but bad packaging is a quick and easy way to spot a fake. Look for the Habanos label in the top-right corner of the box, the Cuba guarantee seal (complete with hologram and box code) on the left and stamps on the bottom. At Cigar Aficionado, we’ve seen lazy counterfeiters sell boxes with labels in the box, not attached to the packaging. The bands themselves are often telling, as fake bands often lack embossing, proper color and the right details found on the original article. 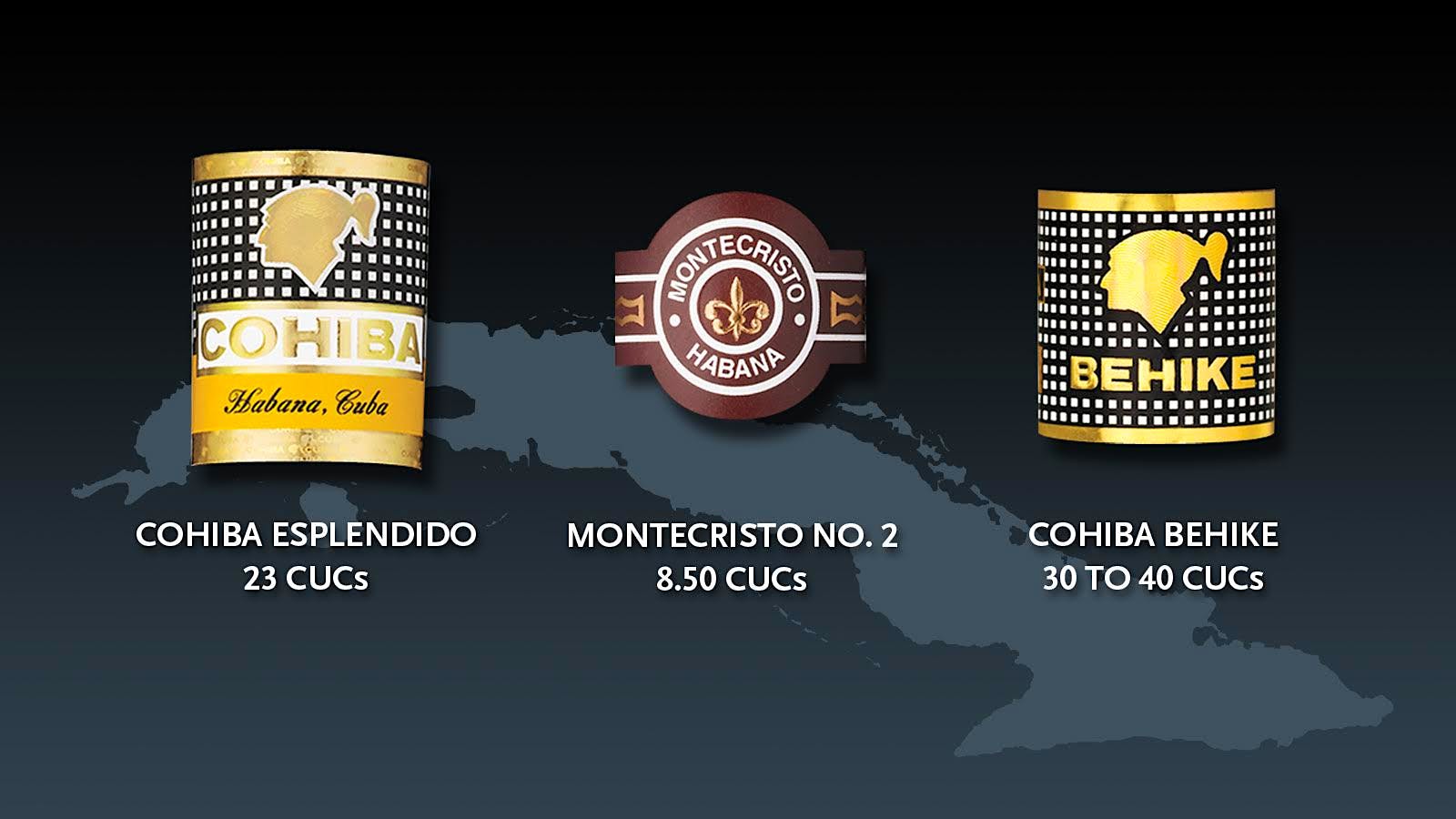 Fake cigars are often sold for unrealistically low prices, and a savvy cigar aficionado should know to beware when a cigar is too great a bargain. In Cuba, which is a good baseline because it has the lowest Cuban cigar prices on the planet, Montecristo No. 2s cost 8.50 CUCs (about $9.68 when factoring in the 13 percent you lose trading U.S. dollars into CUCs). Genuine Cuban Cohiba Esplendidos, when you can find them, sell for about 23 CUC. Behikes cost even more, around 30 to 40 CUC each—when they are in stock. If a vendor offers you an Esplendido for 10 CUC, it’s not the real deal. That $100 Rolex is fake. So is the 10 CUC Cohiba. 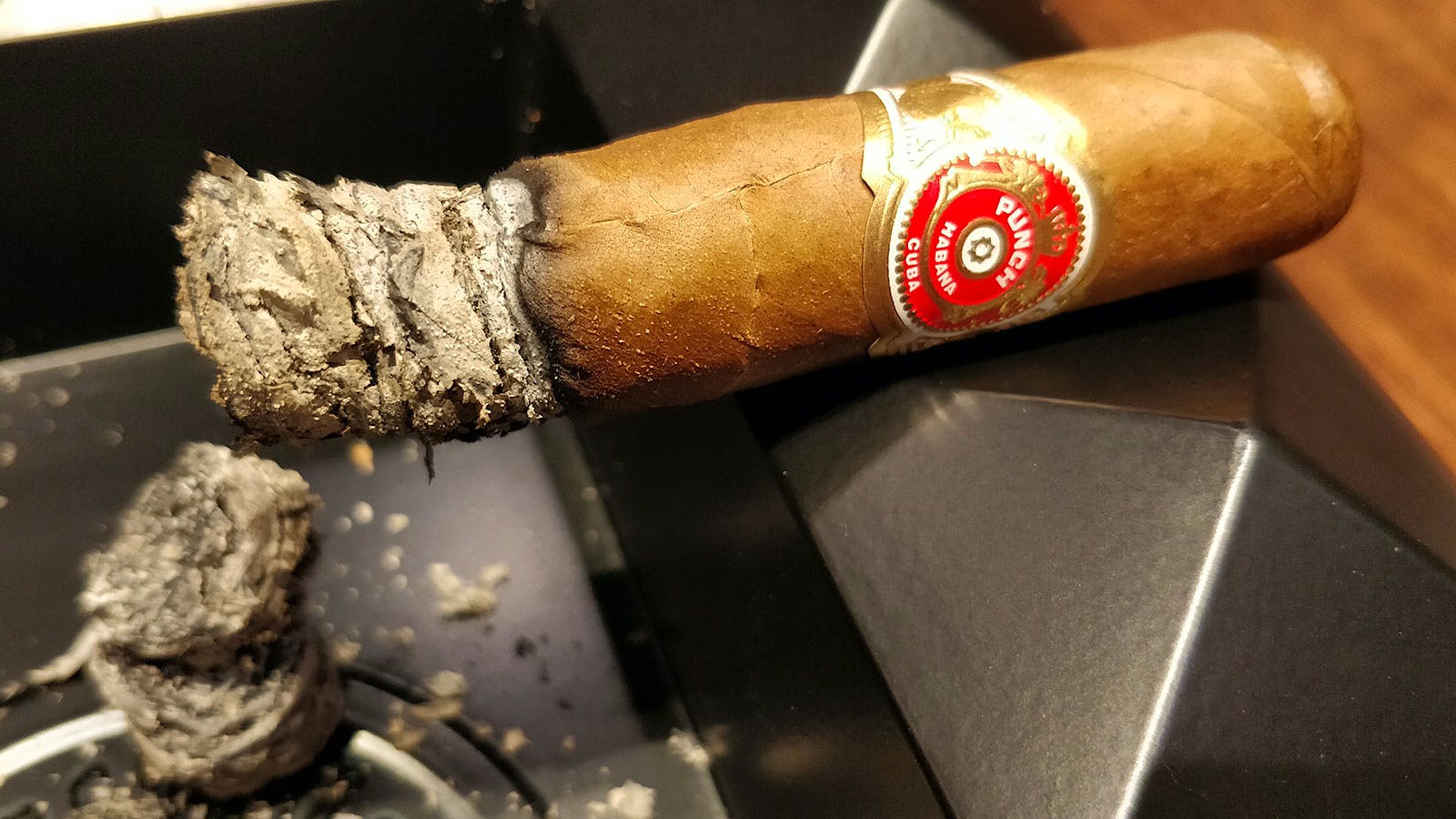 Note how this Cuban Punch burns a distinct gray ash.

A real Cuban cigar tends to burn with a gray ash, or one that takes on a salt-and-pepper look. Bright, white ashes are good signs of cigars made with non-Cuban tobacco. 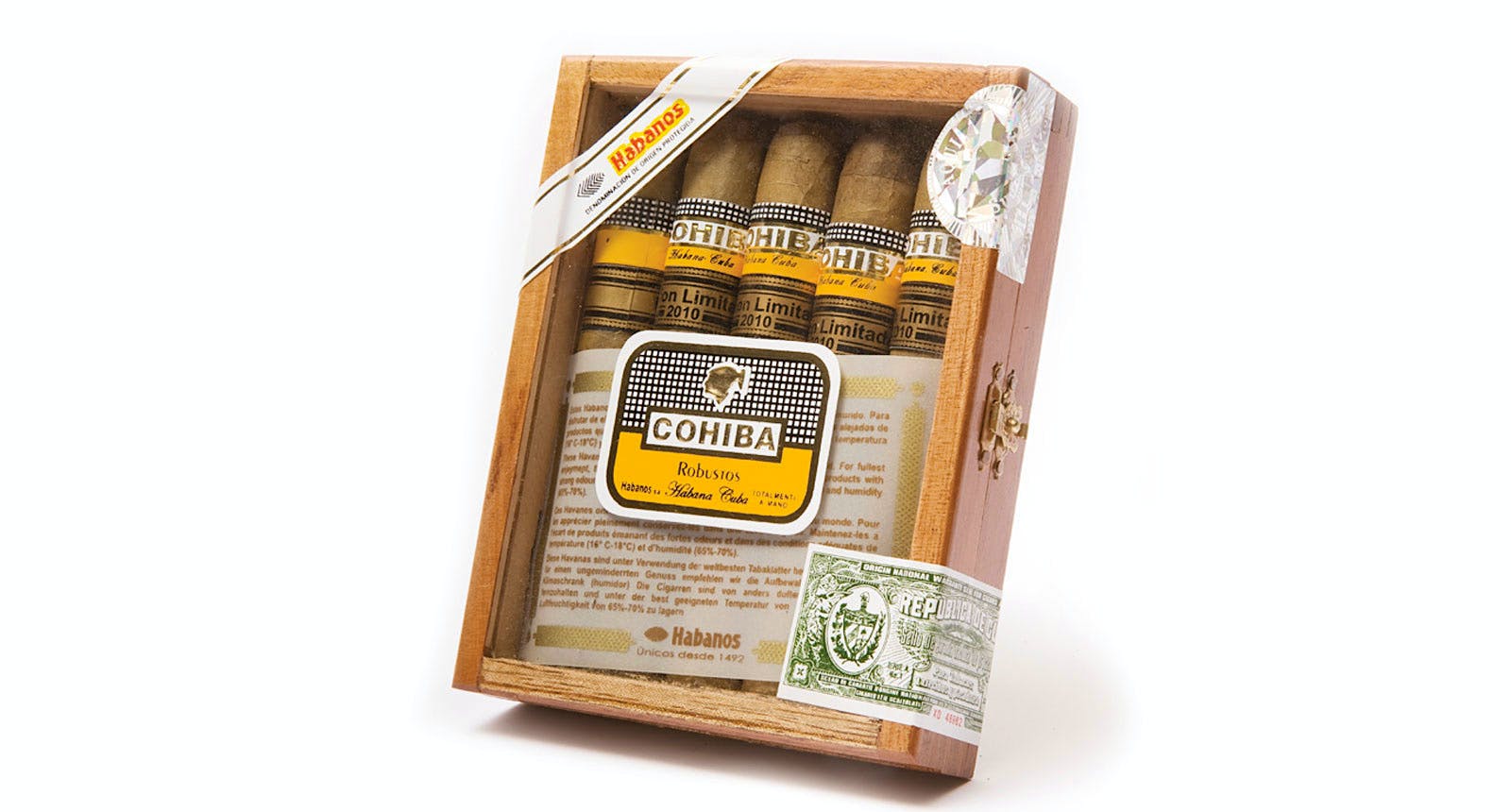 A glass-top box of fake Cohibas.

Does the box of cigars you’re buying have a glass, Lucite or otherwise clear lid? It’s fake. Cuban cigars aren’t packaged in boxes with clear lids. 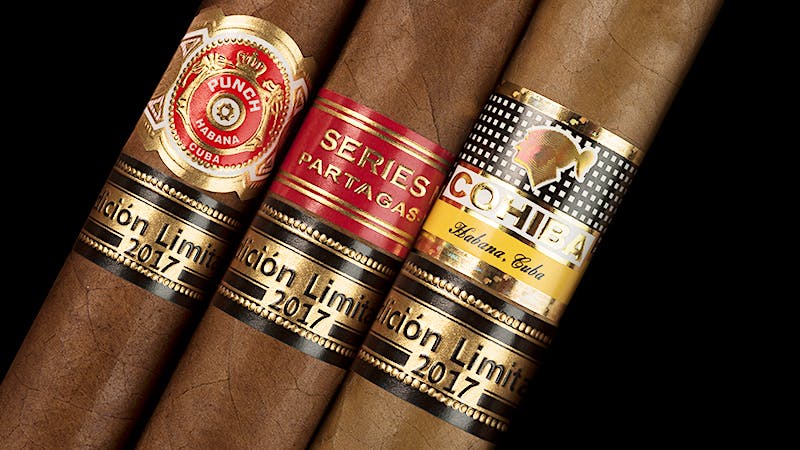 
Be Leery of Limitadas

Edición Limitadas are heavily faked. Cuba releases three per year, and those releases are all documented on this website. If someone offers you a Cohiba Limitada from 2016 or 2015, for example, it’s a certain fake because Cohibas were not part of the Edición Limitada trio in those years. Know before you buy.

Barber pole cigars—cigars made with two wrappers of different color, intertwined in a fashion similar to a barber pole—are intriguing to the eye, but they’re not part of Cuba’s cigar portfolio. We’ve seen several fake Cohibas made in this method. Pass. They are sure fakes. 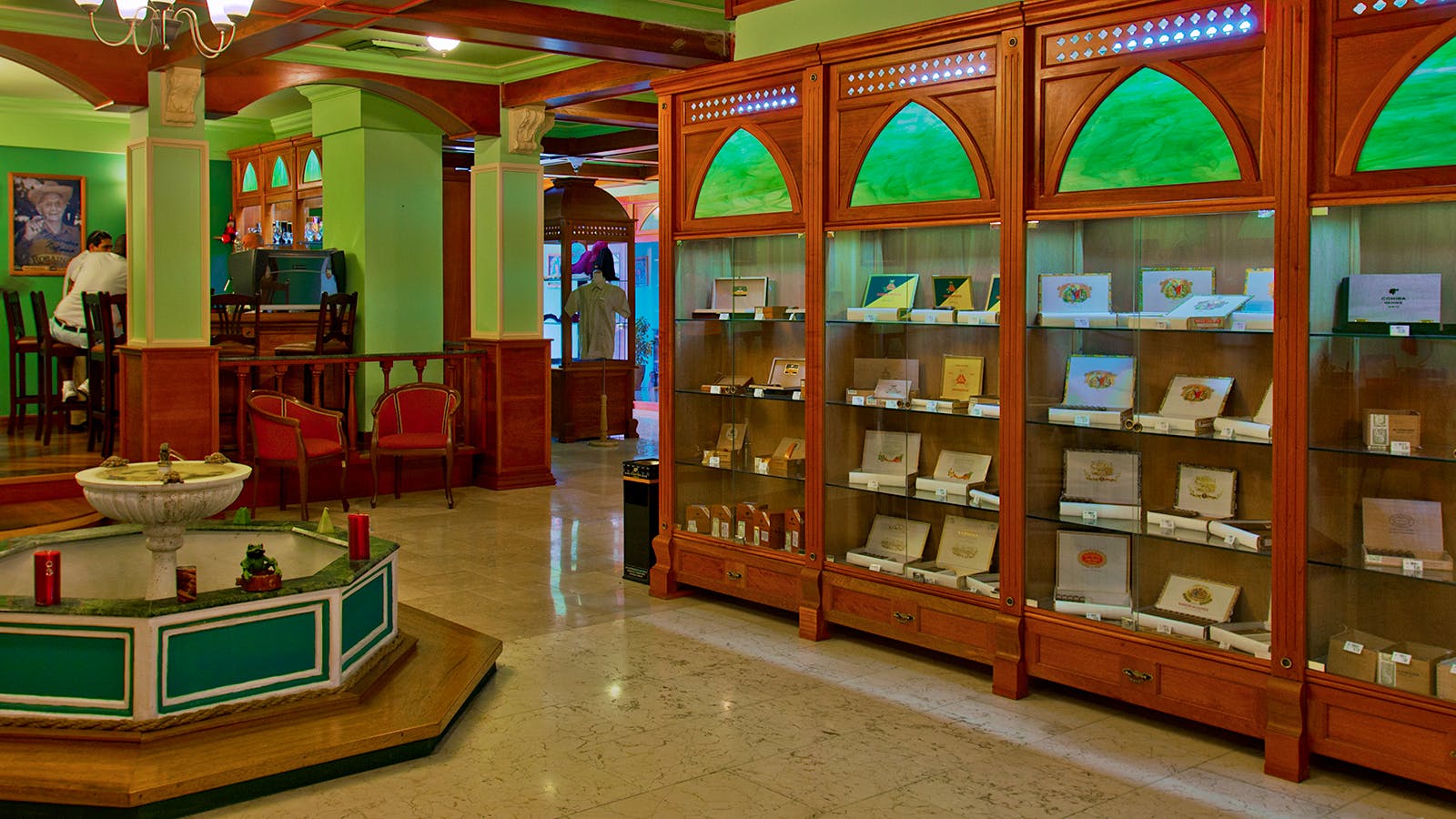 Buying cigars on the streets of Havana is a near-certain way to buy a fake. The same goes for that vendor on a Caribbean beach.

Don't get lured into anyone's apartment either. You'll only be walking into a large den of discount fakes. Many stogie hustlers will try to tell you that they have a relative working in the factory, sneaking cigars out the back door. It's the most common line used to deceive hapless tourists, and it often works. Don't take the bait and don't be tempted by the idea of a bargain. When it comes to Cuban cigars—especially Cohibas—there are no discounts.

If you want to get a real Cuban cigar it helps to buy from a genuine vendor, such as a Casa del Habano. (The Habanos website features a handy tool to search for Casa del Habanos around the world.) 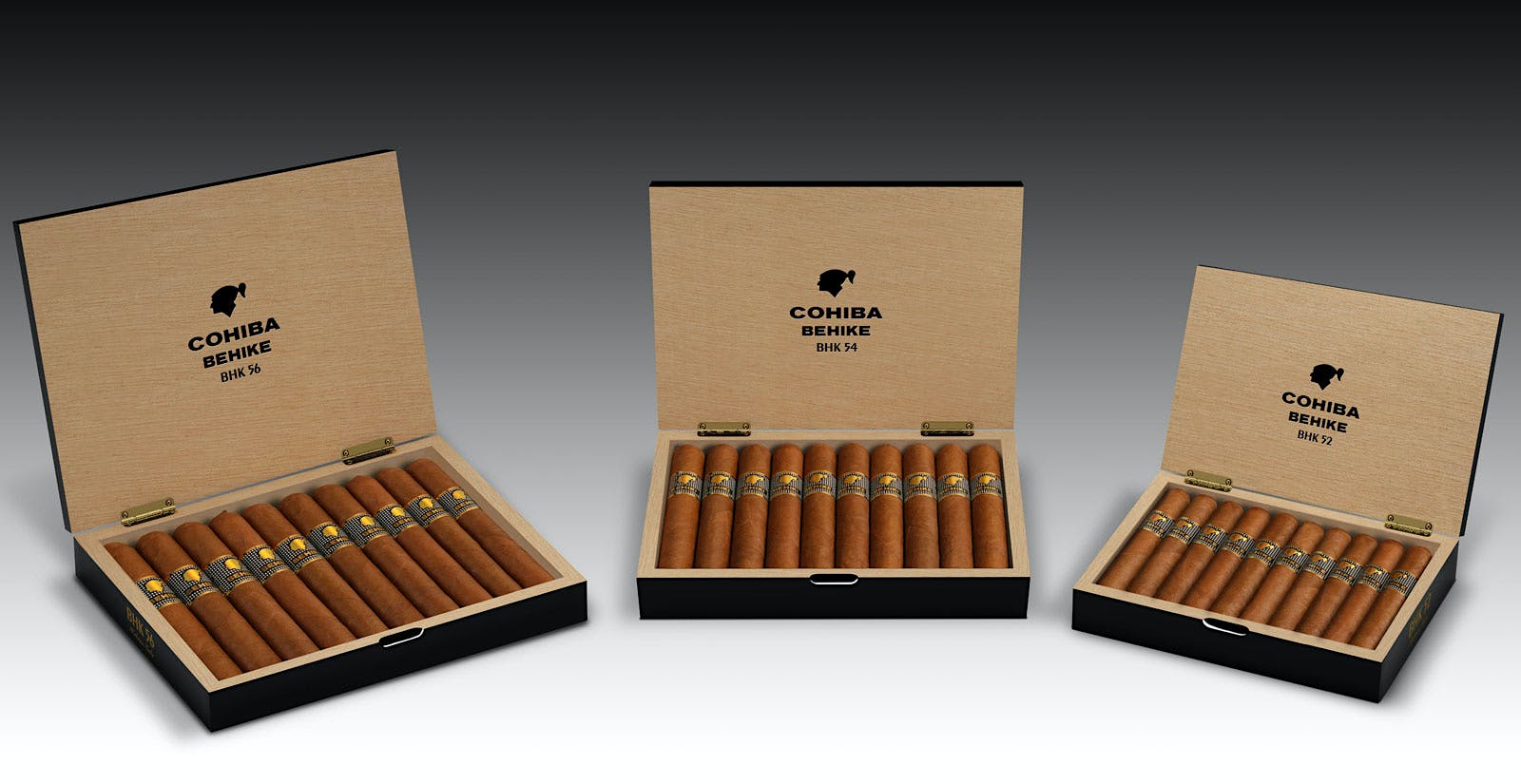 
Count on the Count

Some Cuban cigars come in various packages—others don’t. Cohiba Behike BHK cigars, one of the world’s rarest smokes—come in boxes of 10. We’ve seen fakes packed 25 to the box. If someone offers you a Behike, and it’s in anything other than a box of 10, it’s a fake cigar.

How To Spot A Fake Hoyo De Monterrey

Learn how to tell whether the Hoyo De Monterrey you're smoking is authentic or fake.